A significant event took place this week at the annual Boao conference, China’s version of the Davos World Economic Forum. It offered clues about the state of a changing world. Obsessed by the Chauvin trial, US media paid little attention to it. The Washington Post lazily printed a 400-word glibly superficial AP article emphasizing China’s military buildup and protectionist policies. The usually prolix New York Times featured fewer than 350 words on the event, just to make sure its readers wouldn’t waste too much time thinking about its possible significance. In contrast, a Times article a day earlier on China’s predictable, extravagant propaganda campaign to celebrate the centenary of the Chinese Communist Party ran to over 1,200 words.

Bloomberg’s report on the conference reached nearly 3,000 words, claiming to have “captured the pulse of the event throughout the forum.” There is still plenty of matter to unpack even after 3,000 words, but Bloomberg has treated its readers far more respectfully than The Times or The Post. One of the explanations of this contrast is evident in a quote from the Bloomberg article: “Chinese and U.S. companies agreed both nations should prevent politicization or making troubles in dealing with trade relations, and decoupling is not good for anyone.”

The process by which any truth is deformed by a simplistic electoral strategy into the equivalent of a precept of an ideologically structured moral system.

The problem with geopolitical truth is that it is always much too complex to reduce to any kind of simple message. There are always multiple actors, varied interests and competing intentions buzzing around in different directions. The problem with politics in modern democracies is that because its fate turns around elections, it strives to reduce all truth to “something voters can understand.”

For the average media consumer, the geopolitical realm is made up of allies and rivals. Nation-states sharing similar objectives of security and influence are deemed allies. Allies buy weapons and critical commodities from allies. Our rivals attempt to sell weapons and commodities to their allies and sometimes to their rivals, our allies. Doing so permits populist demagogues to brand them as adversaries and cite anecdotes about not respecting the rule of law. This instills a level of fear that justifies tariffs and sanctions. Without that excuse, these “defensive actions” would be denounced as protectionism. The more systematic the hostility becomes, the more it opens the door to potential conflict.

The explanation in the preceding paragraph is an example of a simplistic description. But it points to two parallel pockets of complexity whose combined force represents an exponentially higher degree of complexity. The first is properly geopolitical and concerns the way any two nations or groups of nations interact economically, politically and ideologically within a highly fluid geopolitical space. Analyzing it becomes feasible once enough facts are known about borders, demography, economic principles, institutional stability, and cultural and historical evolution, among other discernible factors.

Politicians never ask how and why these issues appear on the horizon. That enables them to ignore or hide from sight the complex explanations required to decipher their meaning. The Bloomberg article provides a number of clues that The Times and The Post, beholden to their political masters, do not want people to trouble over. Among them is the very real convergence of interest between American free market business interests and the Chinese version of state capitalism.

For example, the article brings up some of the unintended consequences of the type of protectionism associated with Trump’s “America First” policy, which the Biden administration has largely maintained. Biden understands that, for electoral reasons, he must not appear to be soft on China, a nation that the media insists is an adversary because it challenges US “exceptionalism” (i.e., hegemony). The irony is that, for decades, it is American businesses that have traditionally defined what the State Department refers to by “American interests,” whose defense has in the past led to invasions and wars. Instead of sharing the public’s hatred of China, they see it as the world’s most dynamic consumer market with a population four times that of the US.

The Bloomberg article cites many critical issues, including Chinese observations on the Western policy of printing money to confront its various crises. These remarks occur alongside mention of the current Chinese focus on the digital yuan. The People’s Bank of China’s Deputy Governor Li Bo claimed it was not meant to threaten the dollar. But clearly, these two parallel phenomena, in conjunction with the continuing development of the Belt and Road Initiative, indicate a weakening of the dollar’s status in the offing. Ray Dalio, the founder of Bridgewater Associates, drove the point home when he said, “The world is overweight in U.S. bonds and underweight in Chinese assets.”

Larry Summers, the Biden adviser whose career Robert Kuttner described at The American Prospect as “marked by a carnival of policy debacles,” spoke at the forum to defend the idea that the US and China must find ways of working closely together: “It doesn’t really matter what their feelings are about each other’s attitudes,” so long as they cooperate on building global business. It isn’t clear whether Summers is aware that politics at home is all about “feelings,” not the reasoning of the global business crowd.

In contrast with Summers, The Times and The Post follow the lead of the Democratic administration that needs to stoke the feelings of the population for electoral reasons. At the same time, they must serve the interests of the multinational corporations that finance their campaigns. This central paradox has, over the past several decades, polluted the reporting of the once reasonably serious media. Which master must they obey?

Reading a New York Times article about global politics is an excellent guide to understanding the political pressures that exist inside the Gray Lady’s editorial department. It is far less valuable for a reader seeking to understand the issues it discusses. The articles seek to validate feelings while carefully avoiding troubling nuance. The key is to reduce it to a game of heroes and villains. The Trump administration was beyond redemption. The Biden administration remains beyond criticism, though we have seen a possible exception concerning the “reckless” idea of ending a glorious war in Afghanistan after a mere 20 years. The paper’s relationship with the military and security state is too deep to deprive them of their voice.

The Times’ diminutive piece conveys a unique and largely incoherent message suggesting China’s hypocrisy when talking about cooperation and free trade while in reality challenging US economic hegemony. The AP article republished by The Post drives in a different direction. After a few random quotes from the event, it focuses on inspiring fear of China’s military build-up. With four times the population, China spends about a third as much on the military annually as the US. Given that auditors found a hole of $21 trillion over two decades’ worth of Pentagon’s accounts, the difference is probably far greater.

And yet the impression the writer, Joe McDonald, leaves is that Xi Jinping cannot be telling the truth when he claims that “No matter how far it develops, China will never seek hegemony, expand, seek spheres of influence or engage in an arms race.”

The rhetorical game that played out at Hainan provides some real clues about what is clearly a moment of hegemonic transition is already having a seismic impact on history. The serious media continues to believe the average American has more important things to think about. The politicians agree. 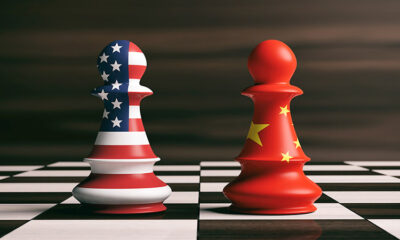 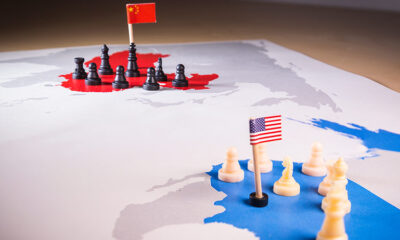 China and the Perils of Bipartisanship