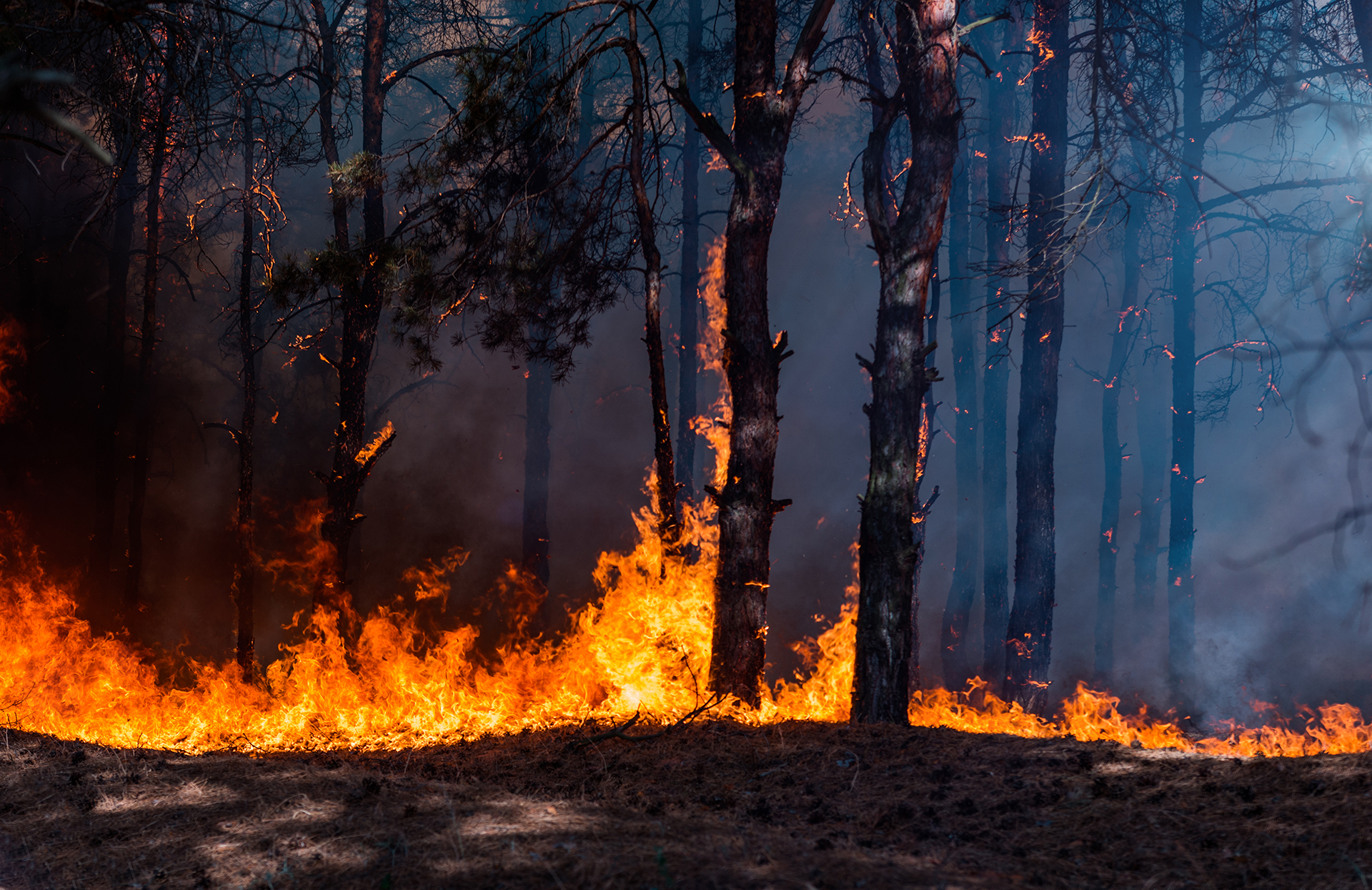 As the world slowly emerges from the fog of COVID-19, we have become accustomed to the reports detailing the global economic damage caused by the pandemic. Focusing on the immediate fallout from the COVID crisis, however, may have caused us to overlook other equally disruptive and long-term economic threats stemming from the global increase in natural disasters.

Just over a month ago, the reinsurance giant Swiss Re recently published a report calculating the worldwide economic cost of natural disasters such as floods, wildfires, hurricanes and droughts. The results were staggering: economic losses were estimated at $270 billion for 2021 alone. While this figure is not quite on par with the fallout from COVID-19 – whose damages are still being calculated – it nevertheless amounts to nearly 0.3% of total global GDP.

The world has seen a steady upsurge in natural disasters. In the fifty years between 1970 and 2019, natural disasters have increased five-fold. Although improved disaster prevention has reduced the number of fatalities they cause, the total cost of these calamities is estimated to be $3.64 trillion.

According to a report by the United Nations Office for Disaster Risk Reduction (UNDRR), the number of natural disasters over the past twenty years (2000-19) has almost doubled in terms of frequency, as have the economic costs when compared with the previous twenty-year period (1980-99).

One of the main points highlighted in the Swiss Re report is the growth in flood risk. Previously seen as a secondary risk when compared to the likes of earthquakes and droughts, floods have now become a primary concern as the costs they inflict are now growing at a faster rate than global GDP.

The Swiss Re report also highlighted how climate change is exacerbating problems, particularly regarding the “secondary perils” such as flooding. The connection between the increased frequency of extreme weather events and human-fuelled climate change has also been researched by the American Meteorological Society (AMS), which found that – in the period from 2015 to 2017 –  62 out of 77 disasters were linked to human activity.

The increase in the frequency and cost of natural disasters across the planet are having various effects on wider society. One of them has been the increased demand for insurance to cover against financial risks associated with these events, as both businesses and individuals seek to pre-empt the potential costs of calamities. Less than half of the value of damages occurring in 2021 were actually insured, meaning that governments, businesses and individuals were stuck with a nearly $160 billion tab. However, this still leaves around $111 billion in covered damages, a figure which is continuing to grow at an average annual rate of around 5-6%.

Within the insurance market, the demand for reinsurance, which is the service that covers the losses suffered by primary insurers, is also unsurprisingly growing. The global reinsurance market is currently worth over $270 billion and is predicted to grow by around 3.3% per year to reach $343 billion by 2026.

The reinsurance industry is therefore unsurprisingly attracting substantial financial investment, as evidenced by a recent increase in mergers and acquisitions (M&A) within the sector. Recent examples include the acquisition of US-based reinsurer Alleghany by Berkshire Hathaway Inc, the investment conglomerate owned by Warren Buffett, for nearly $12 billion, one of the five biggest deals in Berkshire Hathaway’s history.

Another case in point is French mutual insurance giant Covéa’s acquisition of major reinsurer PartnerRe, currently owned by Exor. The deal, which was concluded in December for a reported $9 billion and has recently received the green light from the European Commission, signals Covéa’s intention to both expand its international business and strategically position itself in a growing reinsurance market. Indeed, both lucrative deals reflect the current expansion of the reinsurance sector and growth in demand caused by insurers anticipating more frequent and damaging natural calamities.

Of course, insuring against risk provides a safety net should the worst occur but it’s not the only way to tackle the effects of natural disasters. As the likelihood of experiencing nature’s extremes increases, governments have also looked into measures to reduce the exposure to – or mitigate the effects of – disasters such as floods, cyclones and wildfires.

With man-made climate change exacerbating the severity of natural disasters, putting preventative measures in place that lessen their impact can be seen as a valid, cost-effective solution. One example is Miami-Dade County, which has responded to the risk that tidal flooding could cause up to $3 billion worth of damage by releasing a 40-year strategy to combat rising sea levels that threaten the region. Plans include not only fortifying the 35-mile coastline but also overhauling the city’s water management infrastructure and building a wetland ecosystem.

Confronted with similar challenges, the islanders on Fiji have set about tackling flooding and coastal erosion with a scheme to plant mangrove trees. These tropical shrubs have proved effective at absorbing atmospheric carbon, one of the main drivers of global warming, as well as slowing down water flows which decreases the likelihood of flooding. Consisting of around 300 low-lying islands, Fiji is especially susceptible to the effects of climate change and natural disasters.

As the climate crisis continues to gather pace, we are likely to see the frequency of natural disasters continue to grow, and with it a continued shift in the way individuals, governments and societies perceive and tackle risk. The dual trend of insurance protection to cover costs and preventative strategies to reduce the likelihood of disasters striking, or at the very least mitigate their devastating effects, is likely to continue for years to come unless we can come up with a more effective global effort to combat climate change.