When we debate the healthiness of fairy tales and Disney movies, are we missing the point about what our children really need?

A few years ago, the parents of a little girl in my class underwent an unpleasant divorce. I thought the child was handling it relatively well until I read her poem assignment for class.

“Leave me alone in my fairy tale bubble / away from your harsh words,” she’d written.

Personally, I carry a healthy amount of feminist skepticism about the lessons that fairy tales teach young girls. In the pre-Katniss days when I grew up, many girls looked for inspiration elsewhere. Joss Whedon’s Buffy the Vampire Slayer, for example, offered an alternative to the traditional princess tale.

These stories, like the recent Cinderella, can validate the wrong lessons: be silent in the face of injustice; wait for a man to save you; if a girl is just pretty and kind enough, her life will work out. Many women have spoken out against this narrative because it set girls up to fail in life. Waiting for a prince, after all, is seldom a good idea.

This particular child’s poem, however, gave me pause. It seemed not to come from a place of princesses and frilly dresses, but instead from a child’s need to feel safe and secure.

Her use of “fairy tales” clearly alluded to Disney-trademarked stories filled with enchanted forests and happy endings. She probably had no idea that traditional fairy tales, particularly the Grimm variety, fully intended to both frighten and instruct children in the harsh realities of life.

Currently, of course, most people who use the words “fairy tale” are referring to the cleansed, safe versions. In many contexts, the words either mean a safe haven with singing birds or a saccharine caricature of life.

Some people, Richard Dawkins among them, insist that fairy tales encourage supernatural, unscientific beliefs as a child and they should be banished. Others say that we should return to telling the stories as the Grimms and old lore told them — as warnings and morality tales. The last group likes the princess stories just the way they are and insist they encourage imagination. When I read this little girl’s poem, I couldn’t help but think of fairy tales as related to our perception of children. Her writing had little to do with being a princess and more to do with longing for something more innocent.

Of course, back before Disney mopped up the blood and added some pixie dust to fairy tales, European society still saw children as little adults. Our views of children as delicate innocents are fairly recent.

It wasn’t until Emile, Rousseau, the Enlightenment and finally the Romantics that children became their own beings, associated closely with ideas of innocence and purity. The movement, leading to the United Nations’ 1959 Declaration of the Rights of the Child, tied in closely with the development of mass education, rights for child workers and protection for orphans.

As increasing numbers of children learned to read, children’s literature was born and Disney built on this momentum with its first animated feature, Snow White, in 1937.

In her poem, I heard this little girl asking for the right to be safe and for everything to be all right. All good fairy tales, particularly the ones written after adults decided children deserved fair treatment, end happily. It’s less about whether the princess finds the prince and, even with female-oriented stories like Frozen, more about the world being all right.

As one of the characters in Deborah Moggach’s The Best Exotic Marigold Hotel, a decidedly adult story, says: “Everything will be all right in the end so, if it is not all right, it is not the end.”

It’s a chicken-and-egg question, but I wondered if the little girl wished for that shelter because she had watched Disney movies or whether she wished for it because it is inherent in all of us, especially children, to desire safety. I also wondered if I should have the empowered woman discussion with her because victimization is hardly the best path in life. It seemed, in that moment of pain and grief, however, that what she truly needed was a bumbling fairy godmother to tell her it would be all right.

Perhaps it is true that we have altered our perceptions of children, at least children born in the Western world, and feed them sugar spun stories to shelter them from real life, but perhaps that’s also the truth of children. Perhaps by frightening them too early, before they are ready and assuming the world hasn’t already frightened them, we hinder them from developing into secure adults.

I’m certainly not saying we should feed them stories of helpless women. I’m saying that maybe we need to reevaluate our truth when it comes to children.

After all, when we create stories that do end well and reflect our perceptions that children are innocents, we have also set ourselves a challenge to shelter children from the cruelties of life.

We know children have different experiences, and we even think that trauma from wars, poverty, family issues and neglect carries through generations. If this is true, perhaps it would make more sense for us to evaluate whether every child actually has a right to live in safety and without fear — in a “fairy tale bubble.”

Despite the amount of energy and time devoted to discussions about abortion and the rights of pre-natal fetuses, less energy is devoted to what happens to the children who grow up without both parents, or without food, or without a secure and stable home. Less time is also devoted to making sure people are ready to have children, a phenomenon that is clearly evident even in MTV’s 16 and Pregnant.

In all this debate about whether or not fairy tales are valid, perhaps it’s time to flip the narrative. Rather than discussing whether we should prepare children for the Big Bad Wolves, maybe it is time to discuss whether the Big Bad Wolves should exist in the first place. In a world as grim — pun intended — as the Grimm’s, this probably made sense. But in our steady march toward a brave new world, perhaps we should try to do better.

As a teacher, I see many children from many walks of life. Some are damaged, some are traumatized, some are their parent’s Special Snowflakes, and all are asking for reassurance.

Seeking stability in the face of conflict and confusion seems to be human nature. Perhaps, as adults, it should be our task to make the world a little safer for children, and then debate the correct narrative to feed them.

It reminds me of a conversation Buffy once had with Giles in an episode of Buffy the Vampire Slayer.

“Does it ever get easy,” Buffy asks.

“What do you want me to say?” Giles says.

“Yes. It’s terribly simple,” he says. “The good guys are always stalwart and true. The bad guys are easily distinguished by their pointy horns or black hats, and we always defeat them and save the day.” 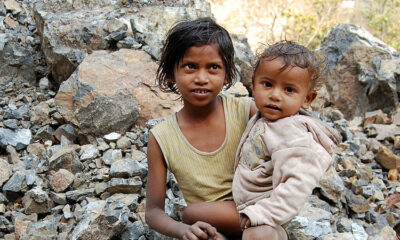 A New Approach to Fighting Child Malnutrition in India 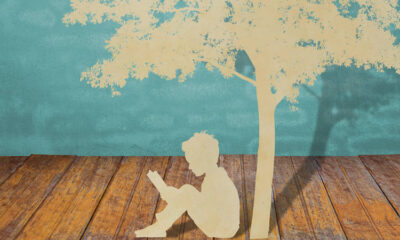 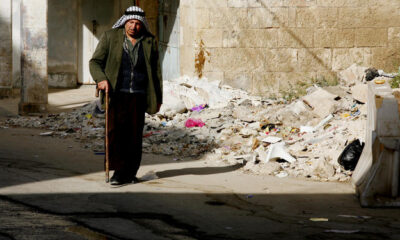