The Biden administration is posing some stark choices for its European allies. It is not only challenging them to stand more firmly against the Kremlin, but is expanding America’s expectations of what democracy should be inside their own countries. President Joe Biden’s tough position on Russia, especially the sanctions announced on April 15, risks further exacerbating the split within NATO countries over how tough to be on the Kremlin. The administration also risks blowback from Central and East European (CEE) states over its strong support for liberal democratic standards that not all of them endorse.

The Image of Russia

For all the contempt that many Europeans held for Donald Trump, his policies toward Russia were easier for some of them to live with. Hard-line NATO nations drew comfort from his continuation of sanctions against Moscow, sale of lethal arms to Ukraine and fierce opposition to the Nord Stream 2 pipeline. Trump questioned Article 5 of the NATO charter, but Russian President Vladimir Putin never had the stomach to put Trump’s jumbled position on the issue to the test. Meanwhile, Europeans eager to accommodate Russia were encouraged by Trump’s attempts to forge a personal relationship with Putin and his enduring belief that the Kremlin could somehow become an ally.

Trump was also a convenient president for those in CEE nations with conservative social values and an unsteady commitment to the rule of law. Trump’s attitude toward their countries was simply transactional; his interest was in what America could gain from their relationship. How they were governed held little interest for him.

Biden has changed the equation dramatically. Some might have expected him to set aside everything that Moscow did during the Trump presidency and focus on the future. Instead, Biden did the opposite. On April 15, he expelled Russian diplomats and imposed significant new sanctions for Russia’s actions during Trump’s time in office, leaving space for a whole new set of possible actions in case of further provocations from Moscow. Some observers found the measures Biden announced to be wrist-slaps.

But in many respects, the measures were significant and pointed clearly to future possibilities, ranging from new financial actions to the criminal prosecution of senior Russian regime figures. Officials also intimated that the US might already be retaliating on the cyber front.

Biden has made the appropriate bows to potential cooperation with Moscow and offered Putin a summit in the coming months in a third country. But overall, the tone of his message to Russia has been hostile, including calling Putin a “killer.” Putin’s claim to legitimacy, at home and abroad, is built on the idea that he is a respected statesman and even something of an intellectual rather than the boss of a dictatorship backed by organized crime. (While most Russian reports on Biden’s comments translated “killer” as “ubiytsa,” the usual word for “murderer,” some media chose the imported word “killer,” which in Russian means a mob hitman.)

With Biden taking a more uncompromising attitude to the Kremlin, the question now is whether Western responses to Russian provocations will become much more unified and move well beyond diplomatic statements and scattered financial sanctions. Is a point approaching where US pressure — plus Russia’s threats to Ukraine, its torture of Alexei Navalny, its cyberattacks against the West and its murder of opponents abroad — might finally lead the allies to slash the scale of business deals with Moscow, choke off the flow of illicit Russian money and impose tighter restrictions on visas to the EU? Even if sanctions don’t work, they say something about the values that the country imposing them stands for.

In CEE countries, substantial numbers of citizens still believe Russia poses little threat to their nations. But the drumbeat of provocations from Moscow, including espionage and even sabotage inside CEE countries, will have its effect. Even though Visegrad nations lack a united policy on Ukraine — mainly because of Hungary — they all backed Czechia’s expulsion of Russian diplomatic staff over the explosion of an arms depot in 2014. Will allied nations now respond to Czechia’s call for them to expel Russian diplomats from their countries, too, to show solidarity?

Meanwhile, the new US administration has thrown down a human rights challenge not only to authoritarian regimes, but to some of its CEE allies. Biden’s team has made clear that America once again cares very much about democratic rights in other countries. When directed at Russia, this message has the dual advantage of reflecting American values while also pressuring Putin, who, judging by his repression of even tiny protests, seems to genuinely believe a “color revolution” is around the corner.

Yet the policy may well make some allies uncomfortable. US Secretary of State Antony Blinken, in a speech on March 30, declared that in America’s view, there is no “hierarchy of rights” in a democracy. He not only vigorously and specifically defended abortion and LGBTQ+ rights, but essentially put them on the same level as freedom of speech and religion. In so doing, he lined up with forces in the EU that are pressing some CEE countries not only to strengthen basic democratic institutions, but to also adopt liberal social values. The US position creates a new opening for pro-Russian and populist politicians who have been claiming for years that the West is intent on undermining the “morals” of former members of the Soviet bloc.

Virtuous as the US position may be, it is unclear how far the administration will go with it. Blinken, an experienced diplomat, knows that idealism often must bow to political realities. As his predecessor Mike Pompeo put it, “Our commitment to inalienable rights doesn’t mean we have the capacity to tackle all human rights violations everywhere and at all times.” Even if the administration recognizes no hierarchy of rights, it certainly has a hierarchy of interests. At the top of that hierarchy may well be the geopolitical imperative of keeping CEE nations out of Russia’s orbit.

If the US runs into too-strong opposition over its human rights agenda, it could focus more on campaigning against corruption. That cause has wide public support. It is also effective against many anti-democratic forces, including pro-Russian actors who thrive on murky financial deals. This could de-escalate conflict over liberal social values while still encouraging activities that undermine Kremlin influence in the CEE region.

*[Fair Observer is a media partner of GLOBSEC.] 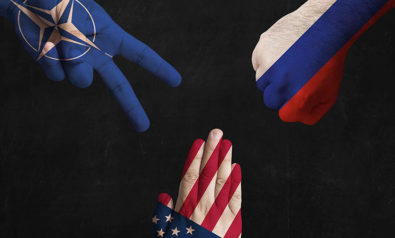 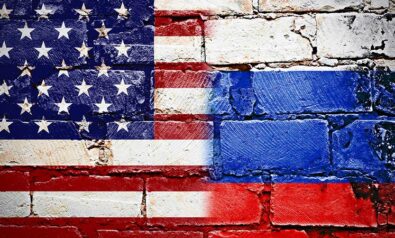 A Tale of Two Historical Adversaries