As Joe Biden settles into the White House and the Democrats in Congress play out the final act of their formal confrontation with the man now known as Citizen Trump, observers will begin focusing on another drama, one that the Democrats and their preferred media have obsessively elevated to the top of the hierarchy of concerns at the very moment when a global pandemic has undermined the health of humanity and a climate crisis threatens the health of the planet. What is that drama? Russia’s role in the great SolarWinds hack.

Much of the credibility of the Democratic Party hinges on justifying what increasingly resembles a conspiracy theory designed to offer the Democrats psychological thrills comparable to those that QAnon offers to Republicans. The difference is that, apart from Citizen Trump himself, the members of the Republican Party obsessed by QAnon are mostly marginal personalities, such as newly elected Representatives Marjorie Taylor Greene and Lauren Boebert. In contrast, proponents of the Democratic conspiracy theory include, no less, Hillary Clinton and Nancy Pelosi. They appear to believe that Trump not only commanded the attempt to occupy the Capitol, but coordinated the operation with Vladimir Putin.

President Joe Biden has not personally embraced the Democratic obsession with Russia. As the elected president and now leader of the party, Biden will have to clarify the state of play on the Russia question that has come to define the party during its four years of opposition to Donald Trump. Paradoxically, though deemed a puppet of President Putin, Trump’s “America First” orientation seriously damaged the theoretically cordial relations that existed since the end of the Cold War between Russia and the United States. An objective observer could only conclude that Trump may have appreciated Putin’s style, but — apart from fragilizing NATO, which he did for purely financial reasons — his policies did little to accommodate Putin’s politics.

The Democrats want Biden to flamboyantly punish Russia for every real or imaginary sin they can think of, if only to avenge Hillary Clinton’s defeat in 2016. The problem is that the first order of business on the new president’s agenda is not about punishment, but collaboration. Biden must rectify one of the most egregious errors made by Trump, who refused to extend the New START — the last nuclear treaty between the US and Russia remaining in effect, which expires this year.

Most reasonable people would like to see the risk of nuclear war reduced even if it cannot be eliminated. Democrats, unlike Trump, consider themselves reasonable people and, therefore, are intent upon extending the expiring treaty. The New York Times makes this clear while worrying that the question is more complex than simply reaching an agreement: “While Mr. Biden has long favored the extension, there was debate among his top aides about how long it should be. He chose the most time available under the treaty’s terms, in hopes … of preventing a nuclear arms race at a time the new president expects to be in a state of near-constant, low-level competition and confrontation with Moscow around the world — and particularly in cyberspace.”

Jen Psaki, the White House press secretary, reduced this complex reasoning to something the media could understand: “This extension makes even more sense when the relationship with Russia is adversarial as it is at this time.”

Not in total conformity with a powerful nation’s expectations and requirements and therefore susceptible to being severely punished militarily or economically.

The quandary Biden is now facing has nothing to do with nuclear security. It concerns the theme The Times and other media have been pushing since early December: the SolarWinds cyberattack now thought to have affected at least 250 US federal agencies and businesses. To this day, the experts have been left guessing about who did it and to what end. The Democrats and, of course, The Times immediately proclaimed that it was Russia. Proof is never required because, as most Democrats now believe, hacking is an integral part of the Russian genome (bad science is often brought in to bolster this kind of specious reasoning).

To make the case, all the pundits require is finding someone in the government or the “serious” media to affirm that, whatever the complaint, they consider it “likely” that the Russians were responsible. CNN, for example, correctly designates “The computer intrusion campaign that has been linked to Russia.” This phrase is designed to make readers assume that Russia did it. But “linked to” means nothing more than speculated about. Anyone versed in the basics of criminology should understand that, even when there is a “likely” suspect, if no concrete proof exists to accuse them and the investigation has failed to unearth a clue as to the motive, taking legal action against that suspect simply makes no sense and would be considered an abuse of justice.

The frustration of not being able to prove one’s suspicions marks the point at which imaginary genetic reasoning can easily take over. It also opens the door to geopolitical conspiracy theories. What precise instructions, we must ask, did Vladimir Putin give to Donald Trump in the telephone conversation Hillary Clinton believes the two men had on January 6, as the assembled troops of the colluding presidents were assaulting the Capitol?

The Times rightly points out that the suspicion of Russia has complicated Joe Biden’s decision-making. It “puts Mr. Biden in the awkward position of seeking to extend the nuclear treaty — which Mr. Putin has already said he is willing to renew — while very publicly discussing the need to make Russia pay a price for the hacking.” In serious criminology, attempting to evaluate the “price to pay” for a crime when the very nature of the crime is in doubt would be extremely unprofessional. It is tantamount to conducting the trial before making the charges. That has, of course, become a kind of a historical norm in US foreign policy. From the Gulf of Tonkin incident to waging war on Afghanistan instead of targeting the likely criminal organization, al-Qaeda, American politicians have consistently botched their criminology to precipitate a war.

The Times article grudgingly admits that the SolarWinds hack was more likely traditional spying rather than the “act of war” some politicians have been shouting about. Reuters quotes “U.S. Senator Dick Durbin calling it ‘virtually a declaration of war’ and U.S. Senator Marco Rubio saying that ‘America must retaliate, and not just with sanctions.’” Does the fact that if may have been spying rather than political or military aggression make it excusable? After all, everybody spies.

The true criminologist might reframe the investigation by asking two basic questions. The first is, who among all possible suspects is really good at sophisticated cyber spying? The second is, what data was being breached and why would the perpetrator be interested in it? To the first question, there are several serious leads, including Russia. But the list also includes China (Trump’s claim), Israel and the US. The last two have been eliminated because they are not adversaries of the US. But is spying only adversarial? Our criminologist knows that, despite official denials, the NSA spies on Americans. So do Facebook and Google. What those two platforms glean appears to be valuable.

Cyber spying feeds the world of Big Data, essential for managing economies and economic relations. Israel, perhaps the world’s most sophisticated purveyor of cyber spying, spies on any target of interest, as an Al Jazeera documentary recently revealed. If the investigators had an idea of the purpose of the spying, the criminologists might have a clearer idea about which of the many suspects are truly “likely.”

The Times’ characterization of the relationship with Russia as a “near-constant, low-level competition and confrontation” is an interesting innovation that may reveal something about the Democrats’ conception of psychological warfare. If the glorious Cold War of the past, when the Soviet Union looked like an empire, could be accurately characterized as constant, high-level competition and confrontation, then the new Cold War still focused on Russia represents a certain form of progress. “Constant” has become “near-constant” and “high-level” has become low-level. That should be reassuring.

The other question to ask about the Biden administration is this: Will the effort at constant, high-level confrontation now be directed at China? And can the declining US empire simultaneously handle two cold wars alongside a potential civil war at home? 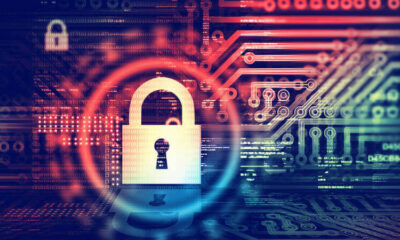 Can Election Hacking Be Good for Democracy? 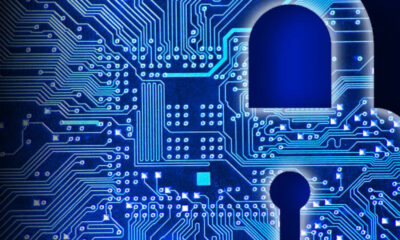