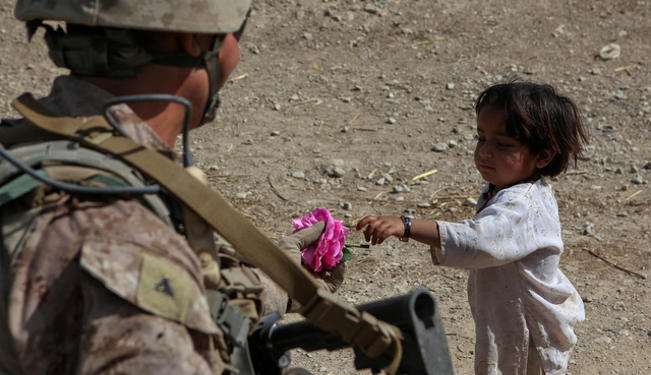 The global terrorism threat emanating from the Af-Pak epicentre and Middle East will be multi-dimensional and diversified. Al Qaeda ideology will radicalise more local groups and individuals. Besides physical security measures governments will need to employ counter-ideological approaches to fight the increasing threat.
The year 2012 will be a crucial year in the global fight against insurgency, terrorism and ideological extremism. The global economic downturn has led the United States, backbone of the global counter-terrorism effort, and other governments to scale down counter-insurgency and counter-terrorism budgets. With the US-led coalition preparing to withdraw from Afghanistan in 2014, following the withdrawal of US forces from Iraq last year, the situation in Afghanistan and Pakistan is likely to deteriorate.

Although the core leadership of the global terrorism movement, Al Qaeda, was decapitated by the killing of its leader Osama bin Laden in May 2011, Al Qaeda’s ideology and its clones in West Asia and the Middle East still present a real threat to societies and governments. The US withdrawal from Iraq, leaving behind an unfinished conflict, and its intention to withdraw forces from Afghanistan, had emboldened the international terrorists and extremists, who view both as defeat for the US.

The year is likely to see four significant developments in the multi-dimensional threat: i) self-radicalised homegrown terrorists will eclipse the threat posed by traditional terrorist groups operating out of fragile and failed states; ii) continuing and likely escalation of terrorism and insurgency in Iraq and Afghanistan; iii) expansion and escalation of the tribal and sectarian insurgencies in Yemen and Somalia; and iv) displacement of the terrorists from the Maghreb in North Africa to the Sahel in West Africa.

The global threat landscape is influence by the tempo of attacks in Iraq and Afghanistan, the signature battlefields. Despite the ending of the US mission in Iraq, terrorism presents the preeminent challenge to the security and stability of Iraq and beyond. The Al Qaeda-affiliated Islamic State of Iraq (ISI) conducted a wave of bombings against government and Shia targets in Baghdad last December. With Iraqi forces incapable of maintaining security Iraq is likely to face a high level of terrorist attacks with heavy casualties in the coming year. Like Afghan veterans, Iraq veterans will seek targets beyond the Middle East; like the Iraqi-Swede who killed himself in Stockholm in December 2010, other Iraq veterans will conduct attacks in the West.

Insurgent and terrorism groups in and around Afghanistan, empowered and inspired by the US withdrawal from Iraq, will want to attack the seat of power, Kabul. The announced withdrawal of US-led forces from Afghanistan in 2014 has created conditions favourable to the Taliban insurgents and Al Qaeda terrorists. The international community’s effort to negotiate with the Taliban in 2012 is likely to fail. Regional powers like Iran, Pakistan, India and China however, will watch and influence developments in their favour. Operating in an environment of high threat, Iraqi and Afghan forces will need long-term international support to face the challenge of insurgency and terrorism.

Across the Middle East and North Africa the Arab people’s uprisings against dictatorial regimes have created opportunities for the Islamist organisations. While Western intervention in Libya created an unfavourable condition for terrorist groups in the Sahel the resultant proliferation of weapons and trained fighters present a new scale of threat in the region. The unstable environment created is likely to deteriorate, culminating in insurgencies unless international assistance helps to stabilise both regions and the countries where the Arab Spring brought about regime change.

Elsewhere the spread of the terrorism threat is being facilitated by the growing incidences of fragile and failed states and ungoverned spaces, together with the increasing migration of displaced and desperate people. Though the core of the Al Qaeda leadership has been decapitated the ideology and propaganda of the terrorist organisation continue to be disseminated by means of electronic media and the Internet, providing radicalisation and online training to the Muslim diaspora. That in turn seeds the threat of self-radicalisation among vulnerable groups and individuals.

Even though terrorist groups face difficulties in mounting cross-border operations because of increased security measures by governments in the West, attacks by self-radicalised individuals and cells are on the rise. Given the failure or neglect of governments to counter terrorist ideology, the world will see a steady rise of terrorist incidents by self-radicalised individuals. If radicalisation of vulnerable populations is not prevented it will be difficult to manage the global threat of terrorism and extremism.

International neglect of geopolitical conflicts has resulted in an escalation of global insecurity and the threat of insurgencies and terrorism. The continuing and growing instability in Iraq, Yemen, Somalia, Afghanistan and Pakistan will threaten international security. Terrorism will remain the first order of threat to the US, Europe and their friends. Although the threat is manageable all the major powers, China, Russia and India will continue to suffer from intermittent terrorist attacks in the coming years.

In an age of persistent conflict the threat to aviation, maritime and land transportation remains significant. Suicide attacks and remote-controlled bombings as well as unconventional means of attacks will be mounted by terrorists. While physical security measures can deter the threat counter-terrorism operations and community engagement strategies are also essential to reduce the threat.