Ahmaud Arbery had committed two crimes. First, he was not born white. Worse — he was born black. Second, he took the liberty of going out for a jog. These were heinous crimes in the eyes of Gregory McMichael, a vigilante white man. Refusing to let these crimes go unpunished, on February 23, McMichael and his son, Travis McMichael, armed themselves with a revolver and a shotgun, confronted Arbery and shot him dead.

McMichael and his son were not arrested even though they had murdered an unarmed black man. On the contrary, they enjoyed their free, privileged life for 74 days after killing Arbery, granted to them courtesy of the Glynn County Police Department (GCPD) where Greg McMichael had worked as a police officer between 1982 and 1989. Defending the problematic behavior of the police department, Glynn County Commissioner J. Peter Murphy said: “Tell me what the agency did wrong when its men and women were told several times not to arrest anyone? What were they supposed to do? Cuff these guys and walk them into the jail and have no one prosecute them?”

The murderers were not arrested because District Attorney Jackie Johnson’s office had allegedly instructed the police to not make any arrests on the day of the murder. Having worked with McMichael in the past, Johnson subsequently recused herself from the case and assigned it to Waycross Judicial Circuit DA George Barnhill. After reviewing the evidence, Barnhill defended the actions of the McMichaels in his letter to the GCPD. Barnhill also recused himself from the case on account of his connections with McMichael, but not before opining that it was lawful for the vigilantes to perform a citizen’s arrest of a black man even though he had committed no crime and to shoot him dead in self-defense.

The killing of Arbery by a GCPD ex-cop and the subsequent cover-up by the local officials, including DAs Johnson and Barnhill, may very well have gone undetected but for a video of the killing appearing in social media. It was only after the video of the murder surfaced, followed by public outrage, that the killers were arrested. Taking over the case from Barnhill, Tom Durden, Georgia’s Atlantic Judicial Circuit prosecutor, has recommended that a grand jury decide if McMichael and his son ought to face criminal charges.

Arbery’s death and the criminal negligence displayed by Georgian local law enforcement bear striking resemblance to the case of Trayvon Martin in the neighboring state of Florida almost eight years to the date. Martin, a black teenager visiting his father, was shot dead by George Zimmerman, a self-styled vigilante, on February 26, 2012. As in the case of Arbery’s killing, the local police did not arrest Zimmerman after the incident. More than two months after the killing and following a prolonged public outcry, Zimmerman was finally arrested and had to face trial. Sadly, there was no justice for Martin, whose life was cruelly cut short. Zimmerman was acquitted on the basis of Florida’s controversial “stand your ground” law by an all-female jury comprising of five white women and one of mixed ethnicity.

Unlike in the Martin-Zimmerman case, McMichael and his son will face a grand jury that will decide if charges will be brought against them for killing Arbery. It will be a travesty of justice if the grand jury fails to see what the McMichaels did was nothing short of a savage and cold-blooded murder of a black man who was just going about his own business.

Following the 2015 Charleston church shooting perpetrated by white supremacist Dylann Roof and subsequent protests, I had written the article “Racism in America is Alive and Well.” Absolutely nothing has changed in the racial bias and violence African Americans face today. Still, 51% of the nation’s homicide victims are African American, even though they make up just 13% of the country’s population. Of the more than a thousand people shot dead by police each year, black Americans are killed at more than two times the rate of white Americans.

Zimmerman and the McMichaels typify the disgraceful carryover from the ugly days of slavery in America, where organized groups of white men would enforce laws pertaining to slavery. They practiced vigilante tactics to terrorize black people and keep them in bondage. Policing black Americans sometimes paid handsomely, especially if the vigilantes happened to catch an escaped slave. White people could not be charged with a crime even if they killed a slave in the process of interrogating their captive.

The arrogance and audacity of Greg and Travis McMichael likely stems from the fact they could hide under the fine print of the law written by white men for the protection of their own kind. Georgia’s open carry law allows for McMichael and his son to arm themselves with a shotgun and a .357 Magnum revolver and chase after a black man jogging down the street. Georgia’s law also allows for them to confront and attempt to perform a citizen’s arrest of Arbery who had done nothing wrong. The state’s law also provides for the two white men to shoot the black man in the ensuing altercation and characterize it as an act of self-defense.

Ahmaud Arbery had committed two crimes. He was born black. And he took the liberty of going out for a jog in pursuit of happiness. He had to pay for those crimes with his life. 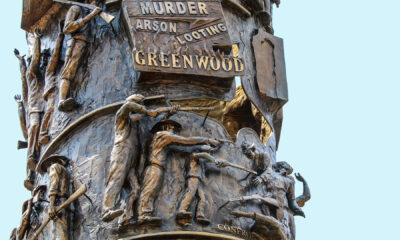 Critical Race Theory: A Dictatorship of the Woke? 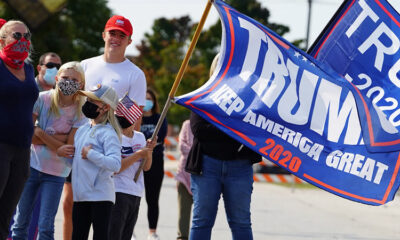 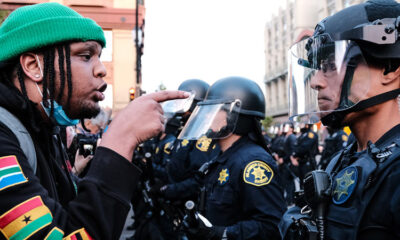