The arrest of two black men at a Philadelphia coffee shop should be treated as a broad-based wake-up call for Starbucks — and for other brands as well, experts say.

The recent arrest of two black men at a Starbucks location in Philadelphia’s affluent Rittenhouse Square location has become a new moment of reckoning in America’s struggles with racial bias.

The two men came to the store for a business meeting. While waiting for the person they planned to meet, one of the men asked to use the restroom and was told that it was only for paying customers. The two men were then approached by the store manager and asked if they wanted to order drinks. After they declined, the manager called 911 and the men were arrested by Philadelphia police for trespassing.

The arrests prompted accusations of racial discrimination, with protesters noting that Starbucks bills its coffee shops as gathering spaces where people often work or socialize without buying anything. Starbucks apologized to the two men and plans to close its more than 8,000 US stores on May 29 to conduct racial bias and diversity training for employees.

Starbucks would be wrong to limit its response only to managing the fallout from the arrests — and other brands should also consider what happened to be a wake-up call, according to experts from Wharton and elsewhere.

“Sadly, I wasn’t surprised,” said Wharton management Professor Stephanie Creary. “We have heard recently in the news lots of different incidents like this happening all over the country where individuals, particularly young black men, have been stopped and have been profiled in some way and have subsequently been arrested.”

“It is racism right on its face,” added Henry C. Boyd, a clinical professor in the marketing department at the University of Maryland. “When you think of the [Starbucks] brand, it’s supposed to be the place between home and office in a way that feels like you’re at someone’s house and someone’s living room. So why the differential treatment?”

Mary Gilly, senior associate dean and marketing professor at the University of California at Irvine, said the incident was inconsistent with her research on how customers are treated in places like Starbucks. “Managers were very reluctant to ever ask patrons to leave even if they had already finished consuming products or not even consumed at all, even when it was crowded and other customers who wanted a seat and couldn’t find one complained to them,” she said.

Creary, Boyd and Gilly discussed the implications of the Starbucks case on the Knowledge@Wharton show on SiriusXM channel 111.

The Gold Standard of Crisis Management

Starbucks’ response to the customers’ arrest in Philadelphia, including the decision to close its stores for racial-bias education, “is a forceful statement about the gravity of the incident,” said Wharton management Professor Michael Useem, who is also director of the school’s Center for Leadership and Change Management. “It is a powerful first step in bolstering a culture of diversity and fairness in all of its stores.”

Wharton marketing Professor Americus Reed cited three best practices for managing brand crises such as the one facing Starbucks. “Number one, you have to validate concerns,” he said, stressing the need to display empathy and regret even as the company may go about verifying the facts of the case.

“Starbucks in this particular instance did a nice job of hitting on those three principles, [which are] the gold standard for crisis management,” said Reed.

Boyd agreed that Johnson made a strong statement with actions such as meeting with the two men who were arrested, offering an unconditional apology and seeking the help of community leaders in reshaping the company’s future policies.

However, Boyd said that even as Starbucks is “taking the right steps [in] corrective action, they’re going to have to do more.” He called for the company to license or turn over management of more stores to black owners and managers if it wants to demonstrate that it genuinely wants to be inclusive. The choice of locations for such stores run by black owners and managers also matters, he said, including in areas with upper-middle class African-American communities and other places with strong business potential.

Creary agreed that while what the company is doing in terms of corrective action is ”commendable,” more needs to be done. She also noted a changed nuance in how the company has approached the issue of training. “They were first calling it unconscious bias training. I’m very happy to know that they’re now calling it some sort of racial bias training and diversity training, more broadly.”

Gilly called for “a longer-term commitment” to diversity in not just licensing of Starbucks stores, but also in hiring. She wondered if the presence of a black employee at the location in question would have helped straighten out matters and prevented the matter from escalating into an arrest. Creary was not so sure if a black employee at the location would have changed the situation. “The reality is there was a challenge with that particular manager and the practices that they have in place there,” she said.

Creary noted that the way the two men were treated went contrary to Starbucks’ stated value system. “The reality is they need to make closer and tighter links between the company values [and] creating a culture of belonging for customers.”

Gilly said the Starbucks incident holds lessons for companies across the board. “Any company that is open to the public … needs to think about this and how they treat customers,” she added. She cited comments from her students who complained of being ignored at a Neiman Marcus or Nordstrom’s store if they went in wearing jeans and a sweatshirt, and yet, “when I go from work [in office attire], they’re fawning all over me.”

Boyd said he didn’t expect any quick fixes to emerge from Starbucks’ response. “A training program may have some lasting effects, but then it wears off,” he said. “It’s going to take a while to move the needle on this particular topic.” Corporations have to be consciously aware of inherent biases, and consistently work on purging them, he added.

For example, before making a call to the police, Boyd said an employee should ask him or herself: “What’s triggering it? Is it really that these guys are being disruptive? Or is there some bad seed in my mind saying, ‘Oh yeah, it’s the black guy, he’s going to commit this crime.’ If you can be cognizant of it and then turn that off, then it will be a more positive step going forward.”

The costs of inaction will likely be heavy in an age when social media is pervasive. Boyd noted the role of the video that another customer took of the arrests and how its going viral triggered the wider debate on race relations. “We are now very aware of what’s going on in society thanks to these devices, thanks to technology,” he said, adding that companies need to be aware that their conduct is being constantly watched, and ensure that it is consistent with their value systems.

“I’m wildly optimistic that we’re going to get there. Each day we’re taking another step closer and closer to that more perfect union,” Boyd said. 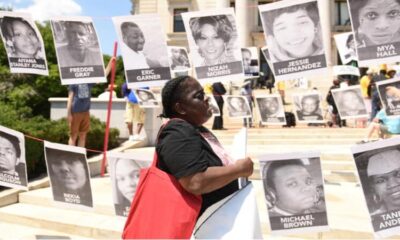