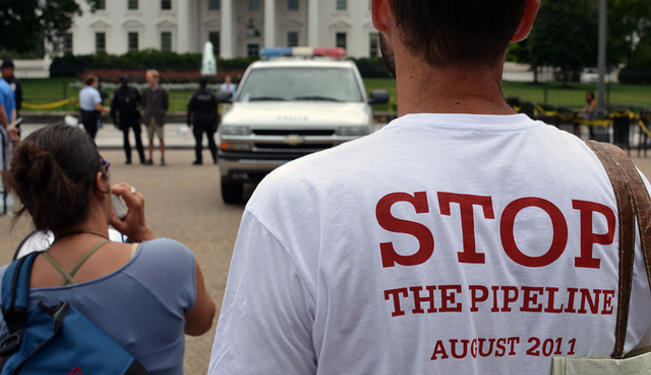 The relationship between Canada and the US, despite them being the two closest friends in the world, has often been strained.

Earlier this decade, Liberal governments in Canada shunned two Bush administration priorities by refusing to partake in the invasion of Iraq and by shying away from cooperation between the two states on ballistic missile defense.

Now, under the Obama administration, it is the US that appears to be causing a rift in the relationship between the two democracies. Two separate stimulus bills fronted by President Obama discriminated against Canadian products, notably his “jobs bill” that failed to make it through Congress.

Most recently, the Obama administration delayed the decision on whether to approve the Keystone XL pipeline—which would transport oil from Alberta’s oil sands to American markets–until 2013, which may well kill the project. As a consequence, Canada’s Conservative government has threatened to export the oil to Asian markets instead.

However, there has been agreement is recent history. The two countries have signed the Beyond the Border perimeter security deal, negotiated over the course of the past several months, which calls for deeper security cooperation between the two nations—essentially drawing a line around the continent–in order to speed the flow of trade across the 49th parallel.

The agreement ironically, despite its clear benefits, maintains the equation of the past: The US seeks to maximize security while Canada intends to maximize exports. What is ironic is that equation will be likely to reverse itself over the course of the decades ahead.

The Liberal government of the 1990s–faced with a $42bn deficit bequeathed to it by Brian Mulroney’s Progressive Conservatives–chose the path of allowing the dollar to depreciate and hence made up the shortfall overwhelmingly through increased revenue. This government maintained its independence from the US in diplomatic circles but nonetheless sought to maintain Canada’s status as an export-driven economy.

Stephen Harper’s Conservatives, meanwhile, have given no indication that they are prepared to fight the soaring dollar and instead intend to reverse Canada’s structural deficit through spending cuts. Canada’s current government clearly views the country’s economy–and military, for that matter (e.g. leadership of the NATO mission in Libya, undertaking of major responsibilities in Kandahar and Kabul, and the intent to purchase F-35 Joint Strike Fighters)–as being robust enough to pull its own weight on the international stage.

Meanwhile, President Obama has made it his goal to double American exports within five years. This is likely only going to be achieved through military exports, notably through the F-35 Joint Strike Fighter sale if Lockheed Martin is able to reverse the issues related to the jet’s price, capabilities, and year of delivery.

The US has also decisively reduced core funding for its military since the end of the Cold War, preferring to prioritize achieving short-term commercial gain over securing long-term strategic interests. With a perpetual debt crisis present on the American political scene for the foreseeable future and a public that is growing tired of international military engagements, it is likely that we’ll see an America in the years ahead continuing this post-Cold-War trend.

Yet it isn’t merely policy being made at home that is shifting the Canada-US balance.

As the Chinese, Indian, and Brazilian economies grow and as Russia’s irredentism becomes more and more pronounced, the international state system is becoming decisively more multipolar. And as the development of newer military technologies continues, the North American continent becomes easier to hit.

Furthermore, the thawing of the Northwest Passage due to climate change creates competition over a key choke point in the network of international shipping lanes—moreover, in a region containing possibly 25% of the world’s oil reserves—leaving Canada vulnerable.

Last, with the US clearly in relative decline, it will be less and less willing to defend its allies and will focus more on defending itself alone. The implications for Canada are clear.

Although the equation of security vs. trade between Canada and the US appears to be changing, the perimeter security deal has already been signed, leaving much of Canadian security policy in the hands of the possibly unreliable United States.

Hence, Canada needs to take steps to neutralize the possible negative effects of the Beyond the Border deal and maintain its long-term sovereignty. These would include the diversification of Canada’s trade partners with a particular focus on Asia and Latin America, the expansion of NORAD to include a maritime sector, and the negotiation of a joint environmental standard with the United States in order to protect Canada’s natural resources from American bureaucracy.