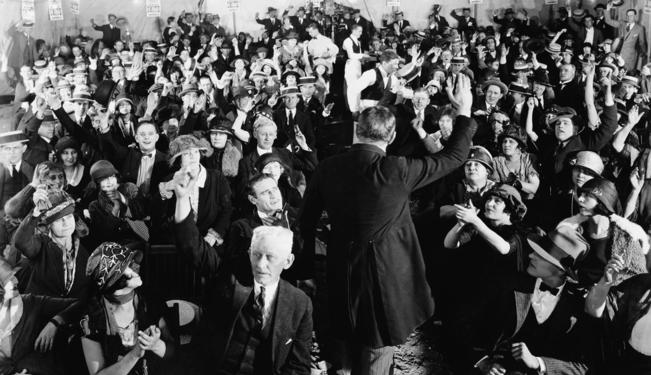 Is there a science behind one's political orientation?

Our Political Nature: The Evolutionary Origins of What Divides Us, is the first book to reveal the science underlying political orientation, and to tell the natural history of the left-right spectrums that run through countries around the world. The book explains how political orientations across space and time arise from three clusters of measurable personality traits. These clusters entail opposing attitudes toward tribalism, inequality, and differing perceptions of human nature. Taken together, these traits are by far the most powerful cause of left-right voting, even leading people to regularly vote against their economic interests.

Francis Fukuyama has called it "important reading for anyone trying to understand the sources of our present-day political world," and economist Tyler Cowen has said it's "the next step after Jonathan Haidt." The book has recently been covered by the Economist, Salon.com, Politico, and the New York Times.

Atul Singh, Founder & Editor-in-Chief of Fair Observer, speaks to Avi Tuschman, a political anthropologist based in Washington DC, and author of the newly published book, Our Political Nature: The Evolutionary Origins of What Divides Us.

Atul Singh: Several renowned scholars are saying this is an important, groundbreaking book. Others such as the Economist have not been entirely flattering. What do you think is the true significance of your book?

Avi Tuschman: This book comes at an especially divisive moment in American history. Our political, social, and economic landscape is increasingly fractured, and a vast chasm seems to separate people on the left from people on the right. Likewise, many Americans are deeply confused and worried about the explosive political upheavals in global flash points like Syria, Egypt, North Korea, and Iran.

Our Political Nature offers a new way to comprehend these problems at a much deeper and more objective level. It is the first book to reveal the science underlying our left-right divide, as well as the similar political spectrums that run through almost every country around the world. The book brings to light the hidden dynamics of our most deeply held values, the ones that influence how we vote, how we choose our mates, and even whether or not we believe in God. My aim here, in sum, has been to paint a compelling, accurate, and illuminating portrait of our nature as political animals.

Singh: What specific background and expertise do you bring to this book?

Tuschman: This book has been a true journey of discovery. My adventure began in 2002 in Peru, as the country was recovering from a Maoist insurgency. I found myself on the inside of a nasty political conflict over the world’s second largest gold mine. To exploit new reserves or not to? And if so, how? I was researching the situation for a political-risk consulting firm, and we were looking for ways to defuse the situation and find a solution satisfactory to both sides. The deeper I looked, though, the more shocked I was at how radically different people’s political perceptions were. There was almost no way to bridge the gap.

Later, while living in the Middle East, I again witnessed deeply entrenched conflicts up close, and I pinpointed the same underlying problem: people were seeing the world through systematically distorted lenses. Then and there I decided to look for scientific answers to the puzzle of political orientation.

When I first returned to Stanford for graduate school, I spent an entire summer in the library, reading everything I could find about political psychology. But the traditional Social Science literature only raised more questions. I realized that I had to dig much deeper for answers. I sensed that this would be one of the most important tasks I could dedicate myself to, and that what awaited was the intellectual adventure of a lifetime. The research I did for my PhD in evolutionary anthropology gave me a whole new set of tools for understanding the inner landscape of the human political psyche.

After graduating, I went back into the field to see if what I’d learned had true, practical import on the raw terrain of actual political conflict. I served as the senior writer and advisor to President Alejandro Toledo (Peru, 2001-2006), helping him shape public opinion and social policies. As we traveled around the world after his term, I had the privilege to work with 17 other presidents, and to meet prime ministers, secretaries of state, and legislators from five continents. In addition, I worked with three multi-lateral development banks to mediate social and economic conflicts in developing countries.

The result of this decade-long exploration is Our Political Nature. This is serious science, but anchored to timely stories of high-profile political clashes.

Singh: What separates Our Political Nature from other important political books?

Tuschman: There have been a few books that have sought to explain the great and consequential variation in people’s political attitudes, including recent books by George Lakoff and Jonathan Haidt. Our Political Nature, however, is the first one to view this topic through the lens of evolutionary anthropology, and to be informed by on-the-ground political experience. The book therefore approaches the question of political orientation armed with dozens of new insights from genetics, primatology, and neuroscience – and it illustrates core concepts with vivid descriptions of real-world political personalities. This is the first effort to pull these diverse fields into a single, well-documented explanation of the biological foundations of our most important values.

Singh: What do you hope readers will take away from your book?

Tuschman: I wrote this book in a way that I hope will be appealing and relevant to general readers and to thought leaders in the realms of politics, government, public policy, and strategic thinking. My aim is to provide each reader with a pair of “evolutionary glasses,” new lenses that will help them perceive how the natural history of our species is intimately connected to today’s headlines and to our private lives. The book also shows how key evolutionary drivers and demographic trends are right now transforming the future of our country and our world.

Singh: Does the book have a liberal or a conservative agenda?

Tuschman: No, my intention here is not to take sides; it is to illuminate and to push the public debate onto a deeper, more objective plane. Unfortunately, research shows that higher education and higher levels of interest in politics have a polarizing effect on people. This polarization occurs because, as people absorb more and more information about political events, they become increasingly adept at organizing it into coherent ideologies that are typically based on their predispositions. Yet most people haven’t had a chance to step back and contemplate the evolutionary logic of political orientation itself. There is a wonderful phenomenon here: when people do step back, they open themselves to increasing political moderation, deeper understanding, and, ultimately, greater peace of mind.

It is my fervent hope that Our Political Nature will advance that process. With quieter hearts and deeper understandings, perhaps we can raise the level of our political discourse and strengthen our noble democratic processes.