The Peach State denizens are headed back to polls yet again on January 5, 2021, this time to decide who will represent Georgia in the US Senate for the next two and six years. The runoff elections for both Senate seats are happening as none of the candidates managed to secure the required majority for an outright victory in the November vote.

Georgia has been a Republican stronghold for nearly a quarter of a century, at both the national and state levels. The last time Georgia elected a Democrat to the US Senate was in 1996. Its last Democratic governor was elected in 1998. After electing Bill Clinton in 1992, Georgians have not voted for a Democratic presidential candidate until this November.

International Monitors Found No Fraud in US Election

Georgia has suddenly become the center of attention for the entire nation after giving Joe Biden a majority in a closely contested race. After two recounts, Biden was certified the winner by Georgia’s Secretary of State Brad Raffensperger on December 7. With both Senate seats headed for a runoff election, Georgia may well be on its way to becoming the newest battleground state in American politics.

The Republicans currently hold a narrow 50-48 majority in the Senate, pending the results of the Georgia runoff. If they win one or both the seats, they will hold the Senate majority in the 117th Congress. If the Democrats win both seats, by virtue of winning the White House, they will control the Senate, with the incoming vice president, Kamala Harris, casting the tie-break Senate vote as needed.

In the first contest, Republican Senator David Perdue is running for reelection against Democratic challenger Jon Ossoff. The second contest is a special election between Republican Senator Kelly Loeffler, who was appointed to fill former Senator Johnny Isakson’s seat, and her Democratic challenger Raphael Warnock; the winner of this race will serve the remaining two years of Isackson’s six-year term. Both contests are at dead heat based on aggregated poll data from FiveThirtyEight.

Despite losing the presidential election comprehensively, Donald Trump has not only refused to concede, but has been spreading misinformation on the integrity of the electoral and democratic process of the nation. Stumping for Loeffler and Perdue, Trump assailed the Georgian Republican leaders for refusing to award Georgia to him, upending the will of the people.

Loeffler recognizes the stranglehold Trump has among Republican voters even during the lame-duck phase of his presidency. She stays safely ensconced among the 88% of those Republicans serving in Congress who refuse to accept Biden as the president-elect. In a nationally televised debate with Warnock, Loeffler refused to acknowledge Trump’s defeat. Instead, she provided the stock answer most Republicans resort to: “The president has every right to every legal recourse, and that’s what’s taking place.”

Can Biden Govern With a Republican Majority?

Ideological differences between Republicans and Democrats have not stopped them from working with each other in a bipartisan manner in the past. During his tenure as president, Bill Clinton advanced his signature achievements — the welfare reform and the crime bill — both centrist agendas palatable to the Republicans and the House majority leader, Newt Gingrich, who helped shepherd the legislation through his party’s base.

Bipartisanship gave way to polarized politics when Barack Obama become the nation’s first black president in 2009. Prior to retaking the House majority in 2011, Republican John Boehner opined about the level of cooperation he would offer to President Obama going forward: “We’re going to do everything — and I mean everything we can do — to kill it, stop it, slow it down, whatever we can.” Then-Senate Minority Leader Mitch McConnell was not far behind with his infamous statement that “The single most important thing we want to achieve is for President Obama to be a one-term president.”

While McConnell could not achieve what he wanted, after the Republicans flipped the house in 2011, he was able to successfully block many of the president’s initiatives, culminating in thwarting Obama’s Supreme Court nominee, Merrick Garland.

Without control of the Senate, Democrats will in all likelihood be able to do precious little to advance Biden’s agenda, being at the mercy of McConnell, who has demonstrated how good an obstructionist he can be. A shrewd politician who will go to any length to advance his political agenda, we can expect McConnell to be deferential to Trump until after the Georgia elections. Only a fool would underestimate the vicelike grip Trump has on Republican voters. McConnell is no fool.

Should McConnell remain the Senate majority leader, Biden will become the first president since George H. W. Bush in 1988 to inherit a divided government upon taking office. The first hurdle confronting Biden will be the Senate confirmation of his nominees for cabinet positions as well as the deputy secretaries, undersecretaries and assistant secretaries. Biden may find himself handicapped in making choices that will meet both the approval of the progressive leftist Democrats and pass muster with McConnell and Republicans.

Even if the two Democratic candidates, Ossoff and Warnock, win the January runoff, Biden’s ability to advance his campaign promises will be dictated by a handful of Senators who typically do not tow the party line, the conservative Democrat Joe Manchin and the temperamental Republicans, Susan Collins, Lisa Murkowski and Mitt Romney.

Unless Trump decides to fade away from American politics, the fire he has ignited will be hard to put out. Trump may very well become the second US President after Grover Cleveland to lose the White House and run again in 2024. By refusing to concede, he can keep up the claim that he lost a rigged election. That will be enough to keep his voter base angry, as demonstrated by the violent pro-Trump rally in Washington, DC, on Saturday. Trump had successfully used a similar approach to chip away at Obama’s legitimacy with the birther conspiracy.

With the distinct probability of Trump running again in 2024, it is unlikely that Mitch McConnell will play along with Biden in a divided government. Without a Democratic Senate, that would portend a rough and acrimonious two years for the Time Person of the Year team. 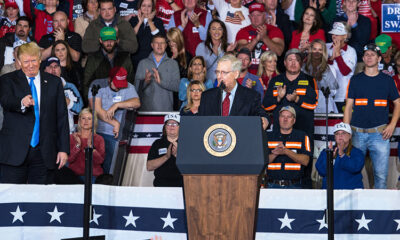 Mitch McConnell and the Newspeak of Democracy 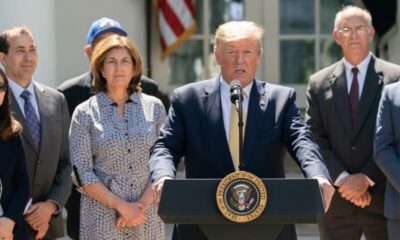 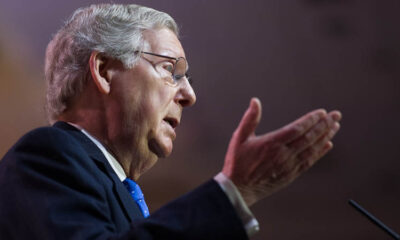