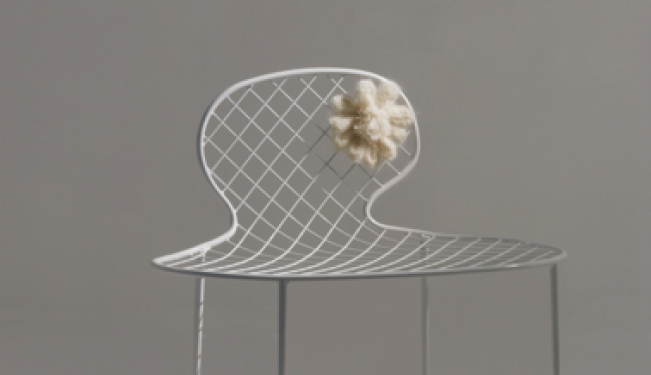 On April 7th the Downtown gallery – Francois Laffanour opened a new exhibit in the new space dedicated to contemporary art, located n°. 33rd rue de seine, showcasing architect-designer, Junya Ishigami.  The exhibit titled, "Picnic," takes the familiar and fairly uninspiring object of chairs and transforms them into creations of nature and light, nodding its head to a sense of minimalism and simplicity. The exhibit is both inviting and comforting, all the while leaving the viewer  feeling that they have traveled through a land of magical creatures, rather than apartment furniture.

Born  outside of Tokyo, Japan in 1974, many have compared Ishigami's works are reminiscent of his artistic contemporary, Hayao Miyazaki, best known for his film creations of imaginarily worlds , devotion to nature, and delicate lines. The result is a feeling of the ethereal. To  Ishigami, however, his vision is to "create furniture that is as diverse are human beings themselves, " the pieces exploring the depth of human reality.

The exhibit ended on the 31st of May.  The art and architecture world looks forward to Ishigami's next exhibit with anticipation and waiting.