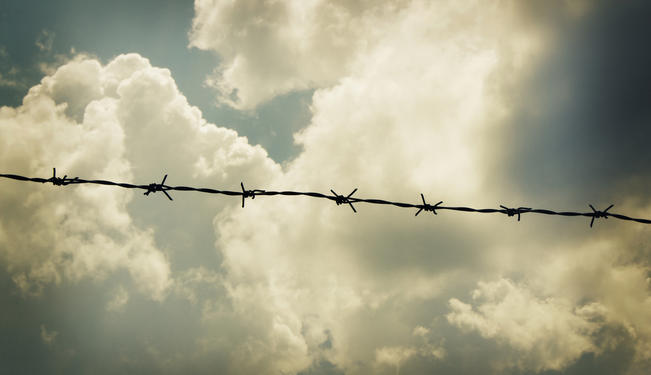 Sex trafficking would not exist without the “market” provided by prostitution.

According to Gunilla Eckberg, former adviser on human trafficking to the Swedish government: “The prostitution of women and girls for profit is one of the fastest growing global enterprises.” It is ranked by the United Nations as number two in international crime, tied with illegal arms sales, and trailing illegal drug sales. Of the estimated 600,000 to 800,000 people trafficked across international borders each year, approximately 80 percent are women and girls; up to 50 percent are minors. While these figures are not exact or easily ascertained, it is undisputed that sex trafficking victims exist in large numbers.

Prostitution is Violence Against Women

Sex trafficking and prostitution have negative, legal and practical consequences for women and women’s rights. A society where full gender equality exists, cannot at the same time support the idea that women are commodities that can be bought, sold, and sexually exploited.

In Sweden, prostitution is officially acknowledged as violence against women and as a tool of oppression. The legalization of prostitution is state approval of violence, subordination, and the colonization of women. Prostitution is discrimination, exploitation and abuse by an individual man or men, but also a structure reflecting and maintaining inequality between men and women, north and south, white and non-white. For example, it is often undocumented women trafficked from poor countries who suffer the worst exposure to the most harmful and unsafe practices within prostitution. Prostitution is the sexualization of power based on gender, class, and ethnicity, and negatively impacts society’s view of women.

Studies around the world show that women in prostitution have the highest rates of rape and homicide (50 percent of deaths) of any group of women ever studied, and that they suffer injury equivalent to victims of state-sponsored torture. One study found that in comparison with the general population, mortality among sex workers was disproportionately higher — the leading causes of death being homicide, drug ingestion, accidents, and alcohol-related causes.

Patriarchy is the Problem and Poverty is the Driver

Prostitution stems from the patriarchal belief that men should have the ability to own and control women, whether by custom, religion, law or commerce. Eighty percent of prostituted women report a history of child abuse, and the average age of entry into prostitution is 12 to 14 years old. At that age, in most countries, a child cannot legally quit school, marry, sign a contract, or drive a car. Nor can she give “consent” to enter prostitution. Ownership of women’s bodies by men is the clearest example that women do not have full human rights; prostitution is both cause and effect of cruel and entrenched inequalities that persist.

Almost half of the world's population lives in conditions of extreme poverty, or on less than $1 per day. Of these individuals, 70 percent are women. Many women are forced into prostitution for such economic, and indeed sheer survival, reasons; this does not constitute “consent.”

Equality for women cannot become a reality so long as women are denied the very basic means of survival: decent economic opportunities and equality in the marketplace. Maintaining prostitution as the last refuge for poverty stricken women is exploitation and cannot lead to gender equality. So long as prostitution remains an “option” for poor women, there is no incentive to develop educational opportunities, job programs, or economic policies that could uplift the poor. The answer to the increase in poverty for women cannot be prostitution.

Legalization Does Not Help Women

The Dutch experiment to end abuse by legalizing prostitution failed. Amsterdam Mayor Job Cohen said: “Almost five years after the lifting of the brothel ban, we have to acknowledge that the aims of the law have not been reached. Lately we've received more and more signals that abuse still continues.” According to the Amsterdam police: “We are in the midst of modern slavery.”

By contrast, in Sweden, where the buyers were criminalized rather than the prostituted women, trafficking significantly decreased. If there was no profit to selling women, the pimps would not bother and prostitution would subside. If sellers did not need more women for prostitution, there would be no “market” for sex trafficking. One need not be an economics major to understand this.

Consent is No Defense

States that legalize prostitution are violating several international conventions ranging from the Protocol to Prevent, Suppress and Punish Trafficking in Persons, Especially Women and Children. Although the Protocol takes a “neutral” stance, it prohibits exploitation and the argument is — the UN Rapporteur also made it — that there is no prostitution without exploitation because of poverty and violence. It thereby supplements the United Nations Convention against Transnational Organized Crime (Protocol) and the Convention on the Elimination of all Forms of Discrimination Against Women, as well as the slavery conventions. Several international ad hoc tribunals have defined sexual violence as torture, a crime against humanity, and genocide. Because the prohibition of torture and genocide is jus cogens, a state cannot use any excuse to justify those acts, including that it is legalized prostitution.

The technical distinction between “voluntary” and “forced” prostitution does not exist in the real world. Acts perpetrated by pimps, customers, and organized crime syndicates are criminal acts in any other legal context. A criminal cannot avoid prosecution because he paid the victim or the victim allegedly “consented.” A criminal act is defined as against societal norms, as well as a specific victim; no amount of alleged victim “consent” overturns the societal norm that represents the baseline of acceptable behavior.

The law says that consent does not matter. The reality is that consent does not exist: The Special Rapporteur of the UN on Trafficking pointed out in her 2005 report that under the Protocol, consent is logically impossible. Prostitution as actually practiced in the world nearly always involves elements of abuse of power or vulnerability.

Demand Must be Attacked

The Nordic Model of targeting demand has proven to be the only successful tool to decrease prostitution and sex trafficking. The effect of the Swedish law has been dramatic. With a population of 9 million, Sweden has only one-tenth the number of street prostitutes of neighboring Denmark, which has half the population. Of Denmark’s street prostitutes, 50 percent are estimated as trafficked.

In its 2004 report, the National Criminal Investigation Department estimated that roughly 400 to 600 women are trafficked into Sweden each year, compared with the 10,000 to 15,000 women trafficked into Finland. Norway adopted the Nordic Model in 2009 and has seen a 20 percent decrease in street prostitution, 16 percent in indoor prostitution, and 60 percent in advertisements for sexual activities.

International jurisprudence from UN treaties, multilateral documents, and ad hoc tribunals all give multiple examples of the illegality of prostitution under international law. The state has an obligation to respect, protect, and fulfill human rights. It cannot do that by supporting a regime to sell women as commodities in the marketplace, with no more rights than cattle, cotton, or iron ore. The state that legalizes prostitution is making a significant pronouncement that violence against women can be approved when paid for, and that women themselves are not entitled to full human rights.

Legalized prostitution cannot exist alongside the true equality of women. Existing structural inequity based on gender, class, and race is exacerbated by the idea that a group of women must be available for men’s sexual access. Creation of such a subordinate group cannot be squared with any concept of universal human rights. As the Nordic Model spreads around the world — Sweden, Norway, Iceland, South Korea, Finland and the UK with a “light” version, Israel considering — only then can true equality for all women become a reality.