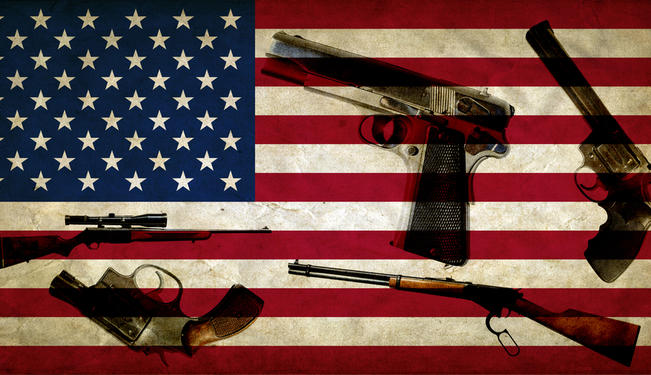 In 2009, a Department of Homeland Security report on right wing extremism in the United States caused a media outrage that led to the DHS Domestic Terrorism Unit being shut down. Three years on, the author of the report outlines the consequences of its dismissal by the federal government.

Violent, domestic non-Islamic extremism (specifically, the anti-government, xenophobic and racist variety) is a growing threat in the United States and Europe. This threat emanates from extremist belief systems that represent a broad range of religious, political and social causes. In the United States, the rightwing extremist movement consists primarily of white supremacists, militia extremists, sovereign citizens, anti-abortion extremists, and tax resisters. Several factors have contributed to the recent rise in violent rightwing extremism since it reemerged in the US in 2008: the unprecedented election of an African-American president, the economic recession, divisive political and social issues, shifting demographics in America and perceived policy changes endorsed by the new presidential administration. For these reasons, I was not surprised to see the resurgence of violent rightwing terrorism in the US since 2008. America had been warned.

In April 2009, I wrote a strategic intelligence report at the U.S Department of Homeland Security (DHS) that identified a monumental shift in the internal threat environment from homegrown violent Muslim extremists to domestic rightwing extremists. My report, entitled “Rightwing Extremism: Current Economic and Political Climate Fueling Resurgence in Radicalization and Recruitment”, was immediately leaked by an unknown individual who obviously took offense to its findings. A conservative media firestorm erupted soon thereafter, which generated considerable backlash from Washington’s politicians, specifically those affiliated with the Republican Party. Congressional representatives sent letters of inquiry. Angry citizens submitted Freedom of Information Act requests seeking answers to the outrageous allegation that the report somehow characterized mainstream conservatives as “potential terrorists”. Conservative media personalities took information out of context and made false assumptions about the report’s origins and were virtually unchallenged in doing so. They politicized some of the report’s findings (specifically the report’s definition of right-wing extremism and the statements about veterans) in an attempt to embarrass a newly elected presidential administration. DHS made no effort to refute their claims.

In the ensuing aftermath, my measured warning went unheeded by many conservative media representatives, the DHS leadership and numerous politicians in Washington, D.C. DHS Secretary Janet Napolitano and several members of Congress publicly repudiated the report.  Conservative media personalities remarked that it was poorly written. Others said it was  politically motivated. Few critics bothered to take it seriously.

Within weeks of the leak, the DHS domestic terrorism unit was shut down. Our work stopped – all reports pulled and valuable law enforcement training cancelled. Six DHS domestic terrorism analysts were reassigned to perform other, unrelated work. Today, only one analyst at the Department of Homeland Security monitors domestic terrorism. DHS leadership’s decision to do this has been characterized in the liberal media as an act of political cowardice.

Unfortunately, by 2012, many Americans would come to realize that the DHS warning, as well as the appalling decisions resulting from the resulting controversy, came at a critical time when rightwing extremist recruitment and radicalization activity was exploding. In 2007, DHS had tracked six violent attacks in the US attributed to right wing extremists. In 2009, the number of violent attacks grew to nine incidents. By 2010, there were sixteen attacks. The 2009 DHS report on rightwing extremism was proven prescient.

Within a few weeks of the warning, a flurry of violent acts attributed to the very threats identified in the DHS report erupted. It was a sign of things to come. During the same week the DHS report was released, a white supremacist gunned down three Pittsburgh police officers, fearing they were going to take his guns away. Later that month, an anti-government extremist who had recently tattooed the phrase “Don’t Tread on Me, Liberty or Death” on his forearm, murdered two Okaloosa County Sheriff’s Deputies at a gun range in Florida. He later died in a shootout with police. In May 2009, a controversial physician who performed late-term abortions was executed at his church in Wichita, Kansas, by an anti-abortion zealot. And, in June 2009, a white supremacist entered the Holocaust Museum in Washington, D.C. and killed a security guard.

Since the 2008 Presidential election, rightwing extremists have shot 27 law enforcement officers, killing 16 of them. Over a dozen mosques have been attacked with firebombs – likely attributed to individuals embracing Islamaphobic beliefs. Numerous arrests of domestic extremists have been made for plotting to kill the president of the United States, terrorize minority groups and assassinate abortion providers.

During the last two years, US law enforcement officials have disrupted multiple terrorist plots meant to kill ethnic minorities, police officers and other government officials by militia extremists and white supremacists. Six women’s health clinics have also been attacked with explosive and incendiary devices since 2010. The list of right wing extremist violence continues.

In January 2010, a tax resister deliberately crashed his small plane, which was filled with a 50-gallon drum of gasoline, into an IRS processing center in Austin, Texas, injuring 13 people and killing a government employee. In January 2011, three incendiary bombs were mailed to government officials in Annapolis, Maryland, and Washington, D.C. Also, that same month, a backpack bomb was placed along a Martin Luther King Day parade route in Spokane, Wash. meant to kill and injure participants in a civil rights march.

In August 2012, a white supremacist killed six worshipers at a Sikh temple in Oak Creek, Wisconsin. Sovereign Citizens shot four sheriff’s deputies, killing two, in St. Johns Parish, Louisiana. And four active-duty US Army soldiers, who had formed an anti-government militia group and were hoarding weapons and ammunition in an alleged plot to overthrow the government, were charged with the deaths of two associates who they worried might tip law enforcement to their clandestine activities. There was also what appears to have been in incident of leftwing domestic terrorism:  a single-issue extremist shot a guard at the Family Research Council office in Washington, D.C. Unfortunately, these are only the latest manifestations of domestic non-Islamic extremist violence in the US. With the 2012 national election looming, there will surely be more.

The DHS rightwing extremism report was sadly validated by the blood of these victims. No one seems interested in reexamining it or discussing its merit.

In contrast, homegrown violent Muslim extremists, either aligned with al-Qaeda’s ideology or other perverse interpretations of violent jihad, have carried out just two attacks on US soil since 2008 – the murder of an army recruiter in Little Rock, Arkansas in June 2009, and the massacre of thirteen soldiers at Ft. Hood, Texas in November 2009. Both cases received extensive media coverage as well as congressional scrutiny.  There have also been several arrests related to alleged homegrown Muslim extremist plotting acts of violence in the US during the past four years. However, many of these criminal investigations were facilitated by FBI sting operations that included inert weapons supplied by law enforcement.

It is also important to note that eight members of the Hutaree, an extremist militia in Michigan, acquitted this year of plotting to kill police officers and planting bombs at their funerals, had an arsenal of weapons at their disposal that was larger than all 230+ Muslim plotters and attackers charged in the US since the September 11 attacks combined.

As I elaborate in my book “Right Wing Resurgence: How A Domestic Terrorist Threat Is Being Ignored”, acts of domestic terrorism are often dismissed and overlooked by the national media and within the US government. My book was written to correct the official record and to raise public awareness of this very important issue.

In retrospect, I have learned that politicians, their parties and those who support them (including the media) will go to great lengths to undermine their opponents. I had personally witnessed how they mischaracterized and deliberately took things out of context with the report I had written. For this reason, we should understand how politicizing domestic intelligence impacts national security as well as the safety of our communities. I had tried to warn them about the growing threat of rightwing extremism, but no one bothered to listen. Now, three years later, it is obvious the violent incidents are piling up. Politicizing intelligence has consequences.  It is now clear that the US government’s ability to analyze and assess potential domestic terrorist threats was compromised at a time of heightened violent extremist activity.

Today, the US government doesn’t appear too concerned about the threat from domestic rightwing extremism. The Homeland Security Subcommittees in both the House of Representatives and the Senate have yet to hold a single hearing on this subject despite dozens of violent incidents resulting in numerous deaths. It is apparent the US government must do more to combat the threat from violent rightwing extremists. Our failure to act now will assuredly embolden the enemy and bring more attacks.