Evading discussion with our neighbors while taking refuge in our echo chambers contributes to the problems facing America.

Recently, the prevalence of divisive rhetoric and the polarizing effects of online platforms have spurred calls for greater empathy in political discourse. Some people have suggested solutions such as urging Facebook to implement better editing controls and encouraging users of social media to modify their approaches to online discussions. Well before last year’s presidential election, the late journalist David Carr wrote of the importance of diversifying newsfeeds.

While these proposals are valid and should be taken into consideration, they focus exclusively on improving online communication. Virtual spaces, however, have proven largely ineffective in promoting civil dialogue. Although we can reach wider audiences when we are connected digitally, the many benefits of in-person conversations may hold the key to kickstarting a return to empathy.

Countless threads on social media highlight the extent to which many, conservatives and liberals alike, fail to take a genuine interest in understanding views contrary to their own. During the 2016 election, for example, we saw many liberals categorize Donald Trump supporters in elitist and condescending terms. On our social media pages during and since the election, we saw people call Trump supporters stupid and naive or suggest that the majority of those who voted for Trump did so due to the candidate’s racist rhetoric and not in spite of it.

Similarly, an observation that 53% of white women voted for Trump elicited a comment that those women likely have only “53% of their teeth.” Comments such as these belie an unproductive attitude, a refusal to consider why some conservatives supported Trump without resorting to insults and simplistic generalizations.

Following Meryl Streep’s politically charged speech at the Golden Globes, Tucker Carlson of Fox News criticized the actress’ protest as “the least courageous thing you can do” because it involved nothing more than “telling a crowd exactly what it wanted to hear.” Conservatives, of course, are equally guilty of engaging only with people who share their viewpoints. Since the election, many conservatives have proven unwilling to understand why liberals are struggling with Trump’s victory. Rather than trying to comprehend feelings of fear and exclusion, some conservatives have taken to social media to mock and belittle liberals.

For example, we have seen derisive comments online regarding the use of safety pins to designate solidarity with vulnerable groups. One user said that people should use the safety pins to attach their preferred pronouns onto themselves. The same person mockingly reported, “my toddler wakes up crying because she’s worried about the national debt,” thus dismissing the real concerns of minorities and marginalized groups. Others have insisted that people who are upset should leave the country, and one woman responded to a repost of this New York Times article by stating that social media should have a “shame” button. Rather than try to understand the concerns expressed in the article, she simply accused the poster of “spreading hate.”

Social media has even proven divisive within party lines. The New York Times recently reported tension, fueled partly by social media, between participants in the upcoming Women’s March on Washington. While the discourse regarding the Women’s March has remained relatively civil, there is a clear need for people to begin more actively and carefully listening to each other.

In a number of cases during last year’s particularly vitriolic campaign season, online exchanges devolved into mean-spirited name-calling. In response to one nasty fight in which a woman used a vulgar term to insult another who disagreed with her, journalist Sam Sanders intervened, diffusing the tension and even managing to elicit an apology from the participants.

Sanders simply suggested the two take a break from Twitter, and in hindsight he reflected that he should perhaps have encouraged them to “message each other privately” or “better yet, in person.” Indeed, spending more time discussing issues with ideological opponents in person may prove very effective.

Calls to improve online communication overlook the disadvantages inherent in using the internet as a space for political dialogue. A study by Timothy Recuber published in New Media & Society that analyzed the types of comments posted on a website that opposed the Occupy movement found that users tended to share accounts of personal hardship not as signs of commiseration, but as proof that their stances on particular issues were correct.

Recuber concluded that users who posted stories of economic troubles on the partisan website did so only to prove that anyone can overcome financial difficulty without resorting to social welfare. Identifying with the difficulties of a person with an opposing political view thus reflected “superficial empathy,” or thinking that one has understood another’s situation while seeking only to validate one’s own position on a given topic. The study calls into question the possibility of generating progressive empathy in online spaces.

The limits of social media are exacerbated by the increased presence of bots and fake news in online forums. Studies of the widespread use of bots in online political discussion underscore the potential of these fake accounts to manipulate public opinion. Fostering empathy and understanding for the genuine concerns of our neighbors requires personal, human contact, not interaction with bots created for the sole purpose of instigating division. Fake news also abounds, and a number of incendiary stories are circulated for profit.

One teenager in Macedonia, a country that has been traced as the originator of many false stories regarding the US presidential election, spoke with the Associated Press. He told his interviewer that in order to reach a wide audience, “You have to write what people want to see, not what you want to show.” His remarks highlight our tendency to remain entrenched in echo chambers. Many users do not question the validity of these invented stories or bot-generated posts, and share them in order to attack their ideological opponents and reinforce their existing beliefs without any degree of critical reflection.

In addition, a lack of face-to-face interaction in real time diminishes the efficacy of social media and other online platforms to generate empathy and promote healthy dialogue. The fact that conversations do not have to take place in real time makes it difficult to know exactly how much a person thinks about opposing points of view and reflects before responding. If we are contributing to threads here and there throughout the day—on coffee breaks, standing in line at a store, or during commercial breaks while watching television—we are not giving others’ comments the kind of attention they deserve.

Despite being politically active, we have generally remained silent when political topics have arisen in informal situations. Believing that many of our acquaintances will be hostile and dismissive if we share our concerns with them, we have simply avoided sensitive topics.

Moreover, in between our own comments, our virtual echo chambers feed us more posts that validate our existing views, making it even more difficult to reply to an opposing comment with more than a dismissive remark. Such distraction is eliminated when we engage with other people in person. Additionally, the veil of anonymity offered by many online platforms allows and often encourages people to make hurtful and disparaging remarks. People are less likely to be menacing and disinhibited when their interlocutor is another person rather than a computer screen.

Given the obstacles that online communication poses to healthy dialogue, we ought to consider the benefits of face-to-face conversations. In an article on art and protest, Brian Hennigan argues for the importance of physical spaces. He notes that, in addition to functioning as the public spheres described by the German philosopher Jürgen Habermas, physical spaces can offer representation to marginalized groups. Citing sociologist Lyn Lofland, Hennigan writes, “public space is a ‘powerful medium of communication,’ particularly for groups ‘that cannot command significant private space,’ which make such spaces crucial for ‘the outcasts, the proletariat, the underclass.’”

Offline conversations may, therefore, include people who do not have much of an online presence. A wider range of perspectives and experiences would contribute to a more productive discussion. We should try to create spaces where we can interact with people we would likely never encounter otherwise. Further, by meeting with others in person rather than online, we have a greater chance of genuinely considering other points of view. We may even find that we have some things in common. That would be a first step in generating empathy.

We can begin laying the foundation for such a space by engaging with neighbors and friends who hold opposing viewpoints. As authors of this article, we must admit that we have been guilty of extreme cynicism regarding our ability to have productive political conversations outside of our circle of like-minded colleagues and friends. We are both liberal academics living in the very conservative state of South Carolina. Despite being politically active, we have generally remained silent when political topics have arisen in informal situations. Believing that many of our acquaintances will be hostile and dismissive if we share our concerns with them, we have simply avoided sensitive topics.

However, we realize that evading discussion with our conservative neighbors while taking refuge in our echo chambers contributes to the problems facing this nation. Moving forward, we are committed to addressing political topics when they arise in conversation rather than assuming that conservatives and liberals simply cannot understand each other. The goal is not necessarily to sway opinions, but rather to begin to listen and empathize with others’ experiences.

If proposing dialogue with political opponents seems overly idealistic, perhaps it is because we as a nation have given up on empathy and stopped believing in the possibility of real engagement. We foresee many challenges to successfully promoting offline dialogue, but believe that it is worth trying. 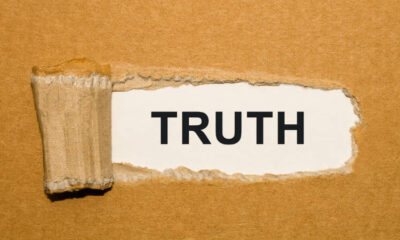 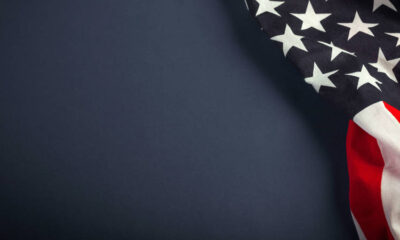 Stephen Colbert Signs Off on the US Election 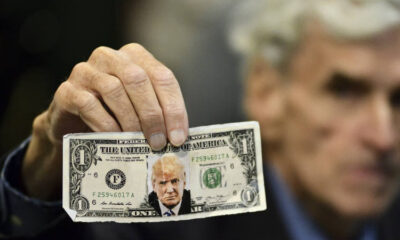