In a world of ever-expanding wealth inequality, those who possess significant wealth today tend to become tomorrow’s hyperwealthy. The aristocracy of hyperwealth has always existed, but it was formerly limited to rare individuals whose family history or luck in the industrial world endowed them with prestige and supplied them with power. Most members of the class acted discreetly, preferring to avoid the public spotlight.

In our era of greed that began about 40 years ago, the filthy rich have become too numerous not to be noticed. Their wealth has expanded so rapidly that the race to the top has become one of the favorite sports covered by the popular media. In the past few weeks, Elon Musk and Jeff Bezos have spectacularly leapfrogged each other at the coveted number one position, while Bill Gates, Bernard Arnault and Mark Zuckerberg remain in the peloton, though none of them seems ready to break into a sprint to challenge the leader.

Bezos and Musk deserve a special place. They have become symbols of two contrasting forms of respectable depravity, thereby attracting the media’s attention. In the meantime, the rest of humanity, whose bargaining power diminishes by the hour, is cast into the role of passive consumers and admirers of the glory of the great.

Economic dynamics have always favored the haves over the have-nots. In an article on the worsening plight of middle-class homeowners, Yahoo Finance notes one of the many perverse effects of a current trend that widens the gap between the wealthy and the middle class in the US. The author, Melody Hahm, sought the opinion of a celebrity real estate investor, Grant Cardone, “who manages a $1.4 billion portfolio of multifamily properties and also stars in Discovery Network’s (DISCA) reality series, ‘Undercover Billionaire.’”

At a moment of history when COVID-19 is about to produce a wave of evictions, Cardone sees another housing crisis looming: “The middle class are going to get priced out permanently. The great divide will get wider, wealthy people are picking up second and third homes like most people buy Skittles or the way we were buying toilet paper back in March.”

Eliminated from the social order, which, in recent decades, has implicitly come to be defined as that which is available to anyone who can pay the entry price.

Things have been turning sour ever since the financial crisis of 2008. CNN Business cites John C. Weicher, who conducted a study of the real estate market for the Hudson Institute: “Middle-class households did not fully recover from the financial crisis, and the poor saw their net worth turn negative and stay negative. Meanwhile, the rich recovered faster and their share of wealth increased.” As so often happens, what people believe to be the impersonal laws of the marketplace do their damage and, assessing the damage in the aftermath, everyone simply agrees that’s just the way things are. The marketplace is implacable. Its laws must be obeyed.

Not only do the wealthy buy houses because they are at least theoretically a more solid investment than many equities in a volatile stock market, but they do so because their constantly increasing wealth commands that they diversify their portfolio. Most wealthy people already have their fill of stocks. The fact that owning houses in different desirable locations also adds to their lifestyle, and their wealth profile represents a supplementary vanity reward of such investments. This in turn puts pressure on the prices, which penalizes the most modest buyers who simply can’t keep up.

But there is more, and this highlights the specifically tragic side of the issue. Cardone explains the effect the pandemic-inspired employment crisis is having on the policy of banks. They remember the subprime crisis that provoked the meltdown of the global economy in 2008. It taught them to have confidence only in the rich. Money has been plentiful ever since thanks to quantitative easing, but only the rich can access it, and only the rich can be trusted to use it without risk.

Cardone explains how the game plays out: “The average person is not able to grab a house today. After the pandemic, the banks went to 20% down, now they’re doing double and triple checks to see if your future employment is stable.” COVID-19 has closed many businesses and not only sent unemployment figures soaring, its continued effects are continuing to inflate the figures. Fewer and fewer jobs seem secure. Unless you work for a company like Amazon, earn a good salary and have some savings, the bank will have no time for you.

Theoretically, this should be a good time for home buyers. Interest rates are close to zero, which means banks are in a position to offer buyers attractive mortgages. But because the triage of candidates for homeownership has become more rigorous, that will become less and less likely. According to Cardone, “It’s going to get more and more difficult for people to buy homes in the lowest interest rate environment we’ve ever had, the middle class will not be able to take advantage of this.” That may sum up the iron law of the game of capitalism: If you lose on one scorecard, you lose on them all.

Cardone maintains that “cash is trash and the wealthy are turning cash into real assets.” He understands a fundamental law of the economy that has gone into overdrive in recent decades. Money isn’t just the basis of wealth; it’s the only reliable basis of making more money. Cardone cites the trend of “the exodus out of expensive cities like San Francisco to Colorado, Texas, and Florida,” where taxes are lower or non-existent and where the cost of living is, for the moment, significantly lower. It is worth noting that Texas charges no state income tax.

Those who are struggling have no choice but to stay in the places where the wealthy corporations employ them. They can’t afford to move just to pay less in taxes (which is an anagram of Texas). If they could afford it, they would discover that for the same job in the same company they would be offered a lower salary (-20%) than in California while nevertheless benefiting from a lower cost of living. In contrast, when well-paid executives move, their salary stays the same and may even increase as compensation for the move.

The choice for the super-wealthy is obvious. Why pay taxes in California when, if you simply own property in Texas and call it your address, it means you can hold onto your hard-earned money? Little does it matter that the “hard-earned money” is essentially produced by the gains generated automatically by inflated asset prices.

For anyone in the upper tax brackets who can afford and who is not tied to a job that requires regular presence in California, the migration to Texas certainly makes sense. But the migration of the wealthy will soon contribute to a new problem for the middle class. The same law of the marketplace that turned Silicon Valley into a place where even techies with six-figure salaries can’t afford minimal housing will of course end up inflating prices in the new location, making life pricier for the middle class already present.

Cardone can afford to be honest when describing the injustice done to the middle class. As Yahoo recounts, he “moved his business from Southern California to Miami in February, contending in a blog post that the Golden State made doing business there too burdensome.” On his own blog, he explains: “I was unable to operate my business in California due to the government constantly interfering with my ability to do business.” Cardone added this important point — that he didn’t like being “pushed around, neglected and then financially penalized.” He protests that the move “was not just about taxes,” but then explains that it was California’s decision to increase his tax bill by 3.3% that compelled him to move.

It doesn’t seem to worry Cardone that most employees don’t like to be “pushed around, neglected and financially penalized.” But, if they need to keep their job, they can’t just collect their belongings and move to another state. 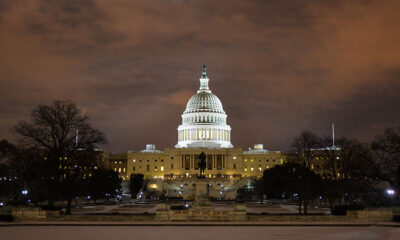 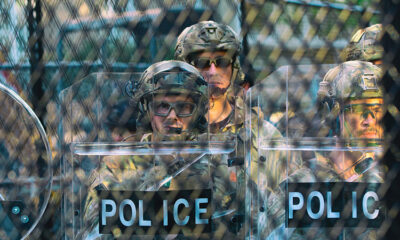 America Has Gone Over the Edge 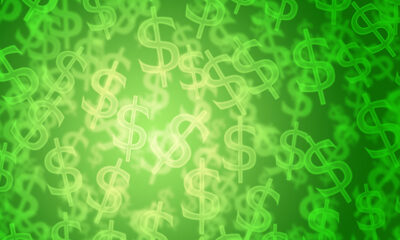 To Exist or Not to Exist? That Is the Billion-Dollar Question