The ramifications of the expanding cultural revolution provoked by the death of George Floyd in the US have had an impact well beyond the initial debate focused on the role of police forces in a multiracial society. One movement spawned by the uprising calls itself #ShutDownSTEM. For the moment it appears marginal, but after mobilizing more than 5,000 scientists and being promoted by two leading scientific journals, it has provided a new source of controversy that has stoked the ire of at least one proponent of the “intellectual dark web” (IDW).

Here is how this spontaneously created group of researchers defines its mission: “Our responsibility starts with our role in society. In academia, our thoughts and words turn into new ways of knowing. Our research papers turn into media releases, books and legislation that reinforce anti-Black narratives. In STEM, we create technologies that affect every part of our society and are routinely weaponized against Black people.”

A group of academic and vocational disciplines (science, technology, engineering, mathematics) identified as essential to a technology-orientated consumer society and widely promoted as possibly the only essential areas of intellectual endeavor, a trend that has led to the implicit classification of all others — especially the humanities — as unnecessary diversions and amusements

Politicians and the media have been promoting STEM as the most rational educational choice for young people desperately hoping to find a vocation that will not only provide them with a steady income, but also quite possibly provide them with the key to opening the magic door behind which lies the road paved with gold that will be trodden by the next generation of Silicon Valley billionaires. According to those responsible for the functioning of today’s techno-consumer society, a STEM education offers access to the best-paying jobs —  at least until those very jobs are replaced by the artificial intelligence (AI) the current generation of STEM graduates are avidly producing thanks to their recently acquired skills.

Emma Newburger, writing for CNBC, describes the conditions that have led to the under-representation of blacks and Hispanics in the sciences in the US. Beyond the numbers themselves, she makes this observation: “It is widely known that Black students often feel unwelcome, unsupported, and even unsafe in their physics departments and predominantly white campus.” As every nook and corner of US society attempts to make sense of the sudden shift of awareness about race relations provoked by Floyd’s death while in police custody, it was inevitable that the question of implied bias against minorities in the academic world of the sciences should be raised.

Some people in the field are shocked that scientists could insist on such an examination of how things work in their own field. Biologist and evolutionary theorist Bret Weinstein, famously associated with the IDW, has gone ballistic on the issue, accusing the protesting scientists of being not only anti-science but also anti-intellectual. That may sound so contradictory as to be qualified as absurd, but Weinstein, like Jordan Peterson and other members of the intellectual dark web, has cultivated the IDW’s brand of discourse, compellingly articulate and urbane, delivered in a calm, authoritative tone of voice that gives even his most absurd assertions an appearance of rationality.

Weinstein offered a perfect example of this rhetoric on the Joe Rogan podcast last week when he summarily dismissed the very serious proposal to “defund the police” that has emerged in the public debate stirred by Floyd’s death. Weinstein began by categorically asserting to an uncomprehending Rogan that it had nothing to do with defunding but was a form of irresponsible anarchism focused on abolishing the police. The IDW has become supremely adept at the art of mischaracterizing a complex debate by reducing it to an extreme position that only the most marginal, dogmatic fanatic might defend.

Weinstein claims to have devoted intensive study to the positions he criticizes. If that is so, how can he ignore what every serious proponent of the defund movement — from Ilhan Omar and Cornel West to John Oliver and CNN — has patiently insisted on? Their aim is to rethink, reimagine and redesign the current practice of pouring funding into an increasingly militarized police force.

Defunding simply means reallocating the excess toward social services that will strengthen the infrastructure that undergirds public safety and reduce the need for punitive policing. Debating how that reallocation works is perfectly legitimate, provided there is a debate. Dismissing the debate itself on the grounds that one or two extreme voices may be suggesting abolishing the police is not only disingenuous but radically anti-intellectual.

For those of us who have been educated in the humanities, there are very solid reasons to regret the emergence and the influence of a movement that has, in many ways, undermined the intellectual integrity of humanities departments in the US, but to imagine that humanities professors are waging a war against science demonstrates little more than Weinstein’s paranoid need to identify an enemy worthy of his diatribe.

When an uncomprehending Joe Rogan wants further clarification, Bret Weinstein displays his own shameful ignorance. He explains that “critical theory was born as an honorable investigation of biases that exist inside of our court system.” A quick Google search of the subject might have made Weinstein aware of the true origins of critical theory and the history of its meteoric growth in academe from the 1970s onward.

In 1937, Max Horkheimer of the Frankfurt School of sociology coined the term to describe an approach aiming at the analysis of social conditions intended to “identify varied dimensions of the domination of human beings in modern societies.” It clearly wasn’t about court systems but rather about political and economic culture in its historical context and the construction of ideologies.

The major input for American literature departments derived from the more recent French postmodern tradition represented by Michel Foucault, Jacques Derrida, Gilles Deleuze and a few others. What they had in common was a commitment to “questioning the unquestioned presuppositions of every system.” Heirs to the structuralist tradition that began with Ferdinand de Saussure who clarified the systemic nature of human languages, the postmodern French thinkers applied new methods of disentangling and describing complex relationships of meaning and power in cultures and their cultural artifacts (literature, painting, architecture).

When American universities discovered the work of these thinkers, they turned it to the one use that modern American academicians see as crucial to their careers: constructing a battle plan against real or imaginary enemies. Competition always requires conflict. That is not how the Germans or French approached it. They invented tools to deepen the understanding of human cultures. These were not the tools of measurement essential to scientists, but the tools of investigation required by detectives.

Had they focused on “deconstructing” texts the way Derrida recommended or analyzing the “archeology of knowledge” following Foucault’s model, all might have gone well. But American culture requires reimagining everything as a war against unworthy enemies. In that sense, Weinstein replicates the practices he reprimands in his enemies. He imagines they are at war with his pristine concept of science, but he has unilaterally declared war on their science.

In all fairness, Weinstein is capable of offering extremely lucid analysis of many of the phenomena that structure racial injustice, economic inequality and academic dysfunction. He clearly understands and compellingly explains the systemic nature of some of the major social problems that are plaguing the US today. He is very good at dismantling the mechanics of certain forms of behavior. His analysis only becomes suspect when he uses what he deems to be his original insight into a process to dismiss equally valid theses pertaining to other dimensions of the same problems. In short, he believes: If I’m right, you’re wrong. He is a master of intolerance of other people’s insights. That may, in the end, be the defining characteristic of the intellectual dark web. 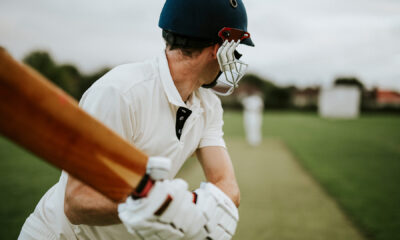 Will the Azeem Rafiq Case Purge Britain of Racism? 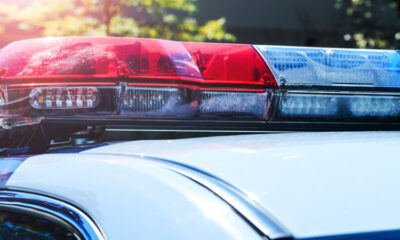 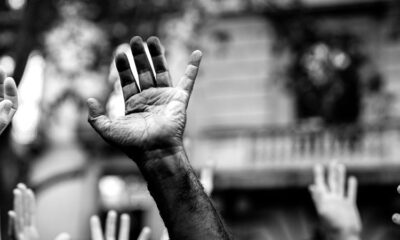