The deepening Israeli-Palestinian conflict is quickly becoming a game of identifying which acts committed by either side in the course of the most recent fighting are war crimes and which are crimes against humanity. The failure on the part of both international institutions and powerful nations to provide even a minimum of perspective that might lead toward a satisfying resolution has become manifest. In today’s geopolitical hyperreality, perspective has become a luxury that politicians are not even allowed to consider.

Nothing illustrates this better than the strutting and fretting of the US on the world stage. Most observers suppose that as Israel’s staunchest ally, the US alone has the minimum of moral standing required to influence, ever so slightly, Prime Minister Benjamin Netanyahu’s policies and Israel’s behavior. The Biden administration actually has a chance to affirm its global leadership. Instead, as AP reports, “the Biden administration — determined to turn U.S. foreign policy focus away from the Middle East and Afghanistan — has shown no immediate sign of getting more deeply involved.” Can “turning away” be deemed a valid tactic in the foreign policy of the world’s mightiest nation?

Biden Washes His Hands of the Israel-Palestine Affair

But the US is not only turning itself away from seeking a solution. It is also actively turning every other nation away. That is how it is using its power. Al Jazeera notes that “the US reportedly twice blocked over the last week resolutions that would have condemned Israel’s military response and called for a ceasefire.”

On Sunday, the US had a chance to influence events at an emergency meeting of the UN Security Council. The New York Times gave this account of the US position: “The American ambassador to the United Nations, Linda Thomas-Greenfield, urged restraint on the part of both Hamas and Israel during Sunday’s Security Council meeting, which was called to try to find a way to end the violence.”

Refrain from making one’s own effort to restrain

The United States has often been called “the most powerful nation on earth” (Barack Obama) and sometimes even “the greatest country in the history of civilization” (Mike Pompeo). When the legendary boxer Mohammad Ali insisted that he was “the greatest,” he got in the ring to prove it. On occasion, he failed. Despite his failures, boxing fans remember him as the greatest. In its role as the pinnacle of civilization and the most powerful nation ever, the US owns the ring. From Korea and Vietnam to Afghanistan, Iraq and Libya (to mention only a few), it repeatedly steps into the ring. It consistently fails.

Why has no one in the mainstream media dared to point to the painful irony of a recurring situation? The presumed greatest nation in the history of civilization on earth now excels by showing little concern for the earth itself and even less for the safeguard of civilization. The irony becomes extreme when considering the case of Israel. One of the world’s smallest countries has consistently demonstrated its capacity to restrain — if not shackle — the power of the greatest nation on earth, leaving the United States on the sidelines in the role of a spectator with nothing more to do than quietly “urge restraint.”

What is behind the belief Americans continue to have that their nation is the greatest in the history of mankind? Objective observers across the globe might attribute the belief to the triumph over the past century of what is called “the American way of life.” Hollywood and TV have projected the image of a self-satisfied consumer society the rest of the world is called upon to envy. They can see that it also happens to be supported by the dictatorship of the dollar and the massive deployment of military might across the globe.

In other words, the rest of the world recognizes that the US is an empire, just as most inhabitants of the Mediterranean basin two thousand years ago recognized the omnipresent power of the Roman Empire. Empires are not only coercive political and military forces with a skill for organizing and exploiting the economic resources of other peoples. As Shakespeare’s triumphant Henry V wittily observed in his attempt to persuade his future wife, the Dauphine Catherine, to violate her rigid French customs and kiss him, empires are also “the makers of manners.” They have the psychological power to impose what they have the habit of doing for their own pleasure as the accepted norm for anyone in the purview of their political and economic sovereignty. In that sense, the US may well be the most successful empire in the history of mankind.

Americans and America’s media refuse to admit they function like an empire. They imagine their nation as a disinterested beacon of democracy and a purveyor of prosperity. When Americans claim their military is “a force for good,” they believe that the only reason the CIA overturns governments or that their troops “pacify” nations is to invite the downtrodden of the earth into the cornucopia of American consumerism. Even the otherwise subtle analyst, Francis Fukuyama, allowed himself to embrace that myth when he predicted the end of history in 1992, before belatedly postponing the date of that Hegelian moment.

As the US campaigns to prevent a solution to the Israeli-Palestinian conflict, it’s worth noting a mildly surprising fact reported by Al Jazeera. Could this be the beginning of a historical about-face? Concerned by the global reaction to Israel’s annihilation of the building in Gaza that housed the Associated Press and Al Jazeera, US Secretary of State Anthony Blinken demanded evidence of Israel’s claim that Hamas was operating in the building. In response, “Israeli military spokesman Lt Gen Jonathan Conricus told CNN on Sunday, ‘We’re in the middle of fighting. That’s in process and I’m sure in due time that information will be presented.’”

Call this the in-due-time defense. In such debates, “due time” means the time it takes to forget the request. It is part of the science and art at which the Israelis excel, moving forward on the strength of never-ending faits accomplis. Ian McCredie has pointed out in these columns four years ago that Israel’s method is similar to the way the US expanded over the 19th century from the Atlantic to the Pacific. Consciously or unconsciously, Israel’s settlement strategy was modeled on America’s Manifest Destiny. McCredie sees another disturbing parallel with France’s Vichy regime during World War II.

Could it be that US politicians literally believe Fukuyama’s thesis of the end of history correlating with the fall of the Soviet Union? Enthralled by the success of what is referred to as Pax Americana, are they tempted to see history frozen into a mythical ideal that appeared to triumph during the Cold War? Donald Trump became president by convincing enough Americans that he could “make America great again.” Most people saw that as an expression of nostalgia for the 1950s. Similarly, Joe Biden represents the best throwback the Democrats could propose: a candidate enamored of the good old days of American power and intent on restoring the vanished American prestige he remembered from his youth.

Using its veto on Sunday, the US cast the sole vote at the UN Security Council quashing a resolution calling for a ceasefire while condemning Israel’s military responses as excessive. In its absolute subservience to Israel and willingness to buck the unanimity of other nations in the Security Council, perhaps the nostalgia of manifest destiny and the memory of a time when the US won wars and dominated through force are what guide US presidents today to bend before Israel’s will. Israel’s brand of exceptionalism, marked by its tendency to defy all restraint, may be the fantasy that enables Americans — now condemned to do little more than “urge restraint” — to believe in their own myth of American exceptionalism.

Could that be the real lesson emerging from the current crisis? President Biden’s unconditional support of Israel’s right to self-defense — criticized, on the right, by Senator Tom Cotton, who calls it a “policy of weakness and appeasement,” insufficiently supportive of Israel right to unrestrained offense and, on the left, for its failure to take into account Israel’s oppression of Palestinians — demonstrates how what has become truly exceptional is the confusion about what it means to be exceptional. 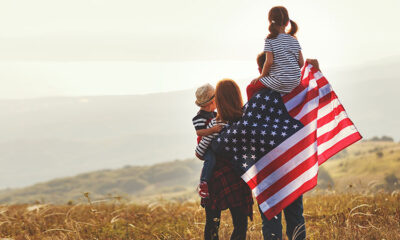 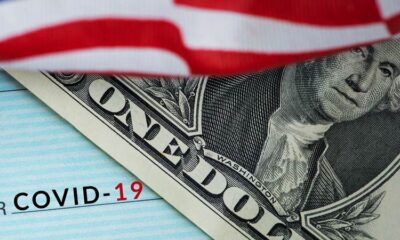 COVID-19 Speeds Up Decline of US Influence