In July, Yahoo News revealed that US President Donald Trump issued a secret order in 2018 authorizing the Central Intelligence Agency to conduct offensive cyber operations against various nations deemed to be adversaries of the US. Trump generously invited the CIA “to both conduct cyber operations and choose its target, without the White House’s approval.”

Bobby Chesney, writing for the website Lawfare, describes the order as a “blanket authorization for the CIA to conduct cyber operations against certain named adversaries—Russia, China, North Korea and Iran—and potentially others.” Chesney remarks that some commentators cited expressed concern “that the reduced external scrutiny of CIA covert activities and the sped-up timeline for approvals will result in undue or unwise risk-taking.”

According to the authors of the Yahoo article, the directive was “driven by the National Security Council and crafted by the CIA” but not subjected to political review. They cite a “former U.S. government official” who called the order “very aggressive.”

The article tells us that once it had the authorization, the CIA went into action. “Since the [order] was signed two years ago, the agency has carried out at least a dozen operations that were on its wish list,” Yahoo reports.

The designation of actions whose implementation by any normal human being is theoretically unrealistic, unaffordable or that would be considered immoral if carried out, but which can be immediately converted into an operational action plan by those who are given unlimited resources and held to zero accountability

The scope of this secret order should not be underestimated. Yahoo cites “former officials” who explain that “it lessened the evidentiary requirements that limited the CIA’s ability to conduct covert cyber operations against entities like media organizations, charities, religious institutions or businesses believed to be working on behalf of adversaries’ foreign intelligence services, as well as individuals affiliated with these organizations.”

That is a serious innovation that potentially redefines and constrains the very idea of freedom of expression. According to Yahoo, the new powers granted to the CIA “open the way for the agency to launch offensive cyber operations with the aim of producing disruption — like cutting off electricity or compromising an intelligence operation by dumping documents online — as well as destruction, similar to the U.S.-Israeli 2009 Stuxnet attack, which destroyed centrifuges that Iran used to enrich uranium gas for its nuclear program.

Not only does this mean that the CIA may do whatever it chooses with no oversight and absolute impunity, but it also means that it can decide what type of expression can be suppressed and which people or groups can be either silenced or disrupted. Theoretically, the CIA’s brief is confined to overseas operations, but by including the right to target everything from media and charities to “individuals affiliated with these organizations,” the scope of such opaque operations appears limitless.

At a moment in history when the Democratic Party, despite a lack of any serious evidence, has not stopped its four-year-old campaign of complaining about real or imaginary Russian meddling in US elections via social media, this story about US meddling apparently proved embarrassing enough for its preferred media to largely ignore it.

And yet the fact that Donald Trump, the incarnation of political evil, granted the CIA the power not just to disseminate propaganda or spread lies — as Russia is accused of doing — but to conduct “aggressive offensive cyber operations” against media, charities and individuals suspected of any form of complicity with an adversary should shock any American who still believes in democratic principles and that antique notion of “fair play.”

Lawfare calls it “a major story.” But the revelation doesn’t seem to have shocked many people in the mainstream US media. Bonnie Kristian in Newsweek picked up the story and worried, with good reason, that the unaccountable actions of the CIA “could tip the balance of U.S. relations with one of these targeted nations into outright war.” Fox News also reported it, with a tone of general approval, seeing it as part of a “strategy to bolster the government’s defenses against foreign adversaries.”

The major outlets identified as the “liberal mainstream” preferred to let the story rot on the sidelines. The New York Times apparently thought it wasn’t news fit to print. The Washington Post, CNN and MSNBC treated the story with benign neglect, having more urgent news to promote. This may seem paradoxical since these outlets will usually jump on any item that reveals Trump to be a dangerous wielder of absolute power. In this case, he specifically overturned a safeguard the previous administration had put in place.

In its permanent campaign to undermine President Trump, the liberal media might have been tempted to pounce on the story for another reason linked to electoral politics. Siladitya Ray, in an article for Forbes, cites a former State Department attorney and national security expert, Rebecca Ingber, who complains of Trump’s hypocrisy. “It’s rich that the President who claims the ‘deep state’ is working to undermine him is happy to delegate such broad authority to cause destruction — it’s almost as though he’s not *really* all that concerned with tight presidential control over the national security state when it’s not about his own personal interests,” Ingber tweeted.

Ingber is right to point to the paradox, but she unwittingly reveals why the liberal media preferred to ignore the story. The big four mentioned above (The Times, The Post, CNN and MSNBC) have become active promoters of the intelligence community, to the point of complicity, if not hero worship. The two cable TV channels employ former heads of the CIA (John Brennan) and National Intelligence (James Clapper) as their “experts” on everything to do with intelligence, including assessing risks coming from abroad. This of course means that the last thing they would be inclined to warn about or even deign to mention is accrued power to the intelligence agencies.

In an article for Axios, Zach Dorfman, who is the lead author of the Yahoo story, offers what he sees as the historical perspective. “The big picture: Some officials emphasize that Trump-era shifts in U.S. offensive cyber operations are part of a natural evolution in U.S. policies in this arena, and that many changes would have been granted under a new Democratic administration as well,” he writes.

This can be interpreted in two ways. One reading is that Dorfman wants us to believe that we have entered a troubled period of history in which people’s democratic rights have been canceled and therefore action may be needed to return to true democracy. The other is the idea that we simply must accept the fatality of a “natural evolution.”

This suggests that it has little to do with Trump. Any responsible president from either party would, for the sake of security, do the same thing. It’s the logic of what Katherine Gehl and Michael Porter in the Harvard Business Review describe as “the entrenched duopoly at the center of our political system: the Democrats and the Republicans (and the actors surrounding them), what collectively we call the political-industrial complex.”

Dorfman’s second conclusion is probably close to the truth — or, as Trump likes to say when referring to embarrassing facts, “It is what it is.” Any president would do the same thing. It’s the system that requires it, not the chief executive. The same is certainly true in Moscow. Some may describe that as proof of the fact that it is pretty much a level playing field, which is probably true. It’s just that it’s a very brutal sport.

*[In the age of Oscar Wilde and Mark Twain, another American wit, the journalist Ambrose Bierce, produced a series of satirical definitions of commonly used terms, throwing light on their hidden meanings in real discourse. Bierce eventually collected and published them as a book, The Devil’s Dictionary, in 1911. We have shamelessly appropriated his title in the interest of continuing his wholesome pedagogical effort to enlighten generations of readers of the news. Read more of The Daily Devil’s Dictionary on Fair Observer. 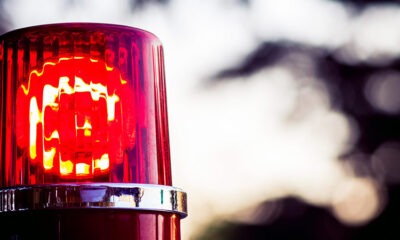 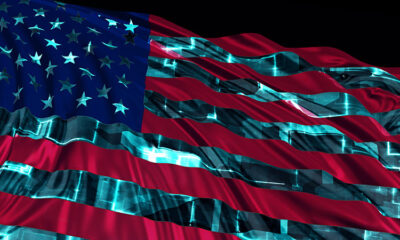 In Conversation With General David Petraeus 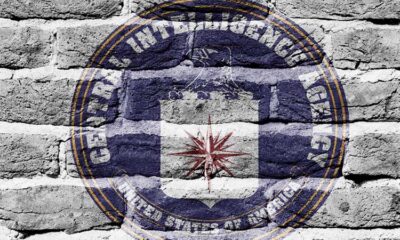 A CIA Analyst Spotted Something Egregious