Gary Grappo, the chairman of Fair Observer, has commented in these columns on the deal between Israel and the UAE that has shocked many in the Arab and Muslim world. As a former US diplomat, Grappo expresses his satisfaction, or perhaps simply his relief, at the idea “that Arab states will no longer hold their interests hostage to the long-dormant Israeli–Palestinian peace negotiations.”

That formulation of the dynamics of a complex multilateral relationship reveals what may appear to be a less than diplomatic bias. Accusing one party of holding a hostage sounds like taking sides rather than playing the honest broker. Moreover, Grappo’s judgment may be premature when he evokes “Arab states” using the plural. The United Arab Emirates is only one state. The most influential nation in the region, Saudi Arabia, has remained prudently silent on the UAE’s initiative.

Echoing the US claims that the deal to normalize relations between Israel and the UAE was a major step toward peace, Grappo asserts: “The UAE extracted one apparent concession from Jerusalem: [Israeli Prime Minister Benjamin] Netanyahu will suspend annexation plans for the West Bank.”

In diplomatic language, anything that can be presented as an impressive, painful sacrifice from one side that will be made highlighted even more emphatically if it entails no actual sacrifice

Example: “We tend to equate progress with concessions. We can no longer make that mistake.”

In an article for Haaretz, Anshel Pfeffer underscores the one major problem with calling this a concession. “Netanyahu never had a real plan for annexing parts of the West Bank,” he writes. “There was no timetable, no map, no draft resolution to be brought to the government or the Knesset.”

Grappo does call the concession “apparent” while admiring Netanyahu’s “remarkable ability to advance Israel’s interests.” This translates as his ability to marginalize Palestinian interests. Grappo understands that the postponement of the annexation of Palestinian territory in the West Bank “is a mere short-term sop” and that “annexation will be a fact of life.”

In other words, the deal was shamefully one-sided and, as a negotiation, thoroughly meaningless. To consider it a negotiation would require believing that the UAE was bargaining in favor of the Palestinians’ interests. But its rulers care no more about the Palestinians than they do about the Yemenis, whose civilian populations they have been bombing for the past five years in partnership with Saudi Arabia.

Grappo gives an indication of his personal attitude to this complex question in a paragraph that contains a series of what might be called “attitude tropes.” He tells us Ramallah should “get on with it … while there’s still some chance for an independent Palestinian state.” Americans are prone to judge even moral issues in terms of the cost of wasted time. The rhetoric continues with the complaint that “previous Arab conditions to the normalization of ties with Israel have exceeded their shelf life.” What could be more insulting to Palestinians than comparing what is for them an existential question to the presentation of perishable consumer products?

Grappo then offers this unfounded assertion: “Arab states are moving on.” This is only marginally different and slightly more diplomatic than Elon Musk’s recent tweet defending US foreign policy: “We will coup whoever we want. Deal with it.” Grappo continues by offering this avuncular advice to the Palestinians: “[President Mahmoud] Abbas and the Palestinians need to do the same.” He menacingly warns that even a Joe Biden victory in the US presidential election “won’t change this.”

Marwan Bishara, Al Jazeera’s senior political analyst, sees things differently. He explains the UAE’s initiative in these terms: “The agreement rewards US President Donald Trump and Israeli Prime Minister Benjamin Netanyahu for their protracted assault on the Palestinians over the past four years.” Trita Parsi, a Middle East specialist at the Quincy Institute for Responsible Statecraft, quotes a knowledgeable Arab official: “This was something that the UAE did in order to be able to help Trump with re-election.”

Bishara makes an important point that Grappo prefers to ignore or dismiss. “Once signed, and implemented, [the deal] is likely to embolden Netanyahu‘s coalition, deepen Israel‘s occupation [of Palestinian territory] and strengthen Israel‘s alliance with Arab autocrats,” Bishara writes. If true, that can hardly be a recipe for future peace.

Parsi and others have noted of the deal that “the Arab street sees it as a betrayal of the Palestinians.” This may be the best explanation for Saudi Arabia’s silence. Mohammed bin Salman, the crown prince of Saudi Arabia and its de facto ruler, can’t afford to provoke his own people any more than his outrageously autocratic behavior has already done. As with any population — Belarus, for example — there is a point at which even an authoritarian rule begins to crack.

Moreover, as The Indian Express points out, though Mohammed bin Salman is almost certainly on board with the US-Israel–UAE alliance, “as the leader of the Arab world, and the custodian of Islam’s holiest shrines, [Saudi Arabia] might have preferred someone else to take the revolutionary first step on this.” And most commentators seem not to have noticed another factor. This new alliance reinforces the already growing role of Mohammed bin Zayed, the crown prince of Abu Dhabi, as the top strategic leader of the Gulf Cooperation Council (GCC). It propels the UAE into a stronger geopolitical position within the Arabian Peninsula that could eclipse troubled Saudi Arabia.

This is occurring at the same time as when Mohammed bin Salman’s image has taken a new hit. The crown prince is being sued in the US by former Saudi intelligence officer Saad al-Jabri for an attempt on his life, similar to the assassination of Saudi journalist Jamal Khashoggi in Istanbul in 2018.

Marwan Bishara reminds his readers of the UAE’s recent role in Middle Eastern history. He calls the UAE “the most pro-war in the region, rivalled only by Israel.” Created in 1971, this young nation’s political actions over the past decade have been marked by its government’s increasingly aggressive bellicosity. “The UAE and Saudi Arabia’s opposition to the Arab Spring [in 2011] and to any form of democracy in the region, and their deep hostility towards all popular, progressive, liberal or Islamist movements, put them at the helm of counter revolutionary forces throughout the Middle East and North Africa,” Bishara reminds us.

So, if the UAE’s interest isn’t the furthering of the prospects of peace in the eastern Mediterranean, what is its goal? Bishara describes it as an act of “‘bandwagoning’ with Israel and the United States, in the hope of establishing a trilateral US-Israeli–Arab strategic alliance to contain Turkey’s influence and tame or destroy the Iranian regime.”

Trita Parsi adds that the GCC is counting on the continued presence of the US military in the region, which Saudi Arabia’s best friend, Donald Trump, has in the past promised to reduce. The UAE, Saudi Arabia and their allies see it as their security umbrella. They know that an increasingly disunited and despotically-managed GCC cannot handle it on its own. Israel is part of that umbrella. The region is thus divided between countries and peoples that either actively seek the maintenance of a US military presence or that, on the contrary, wish to see it removed from their lands after decades of strife. On this issue, the governments and their own populations are often at odds.

Bishara offers a challenge to those who, like Gary Grappo, celebrate the touted “breakthrough” announced by Trump. “Those celebrating the ‘historical peace agreement’ may soon discover it is nothing more than a drive towards another regional conflict or worse, war,” Bishara writes. This difference of appreciation merits a debate, and it’s a debate that goes beyond the relationship between two Middle Eastern nations, with wide-ranging geopolitical significance. Fair Observer is an open platform to continue the debate.

For decades, US diplomacy has adopted a model that seeks primarily to get the economic and political elites of a range of willing nations to agree strategically on their common interests and form the kind of loose alliance that promises to maintain some kind of general order in the world. Grappo’s analysis conforms perfectly to that model. The model works on one of two conditions: that the government and its people agree on the direction of that policy, or that the government wields the authoritarian power that can stifle opposition by the people.

The first case is rare and, when it exists, requires careful management. The second represents the norm, particularly in the Middle East. The careful management it requires focuses on the needs of the elite and, in most cases, leaves in the background the expectations of the people. That is how the new Israeli-UAE alliance came into being and why it merits the positive appreciations of Western media outlets that are willing to see it as an overture to peace. 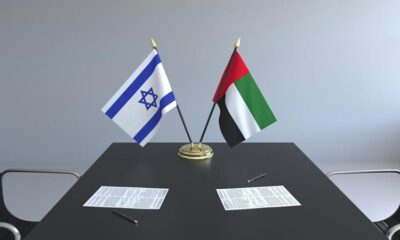 The Energy Angle to the UAE-Israel Deal 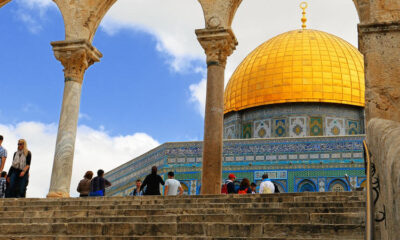 The Arabs Trade Jerusalem for Iran 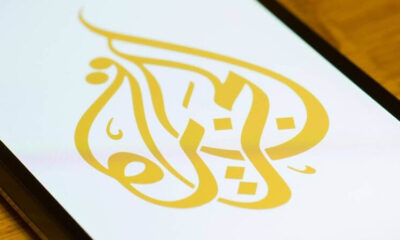