On May 25, US Secretary of State Antony Blinken appeared alongside Israeli Prime Minister Benjamin Netanyahu in an effusive demonstration of love and mutual admiration. The show the two men put on in the aftermath of a shaky ceasefire looked like a private celebration of a threefold victory for Israel thanks to its aggressive show of force. The rockets from Gaza have stopped; Israel is still in control; the US will stand by Netanyahu, thick or thin.

Is Israel an Apartheid State?

What has emerged from Blinken’s visit for Americans is a “mission accomplished” feeling. The US will now be able to write the entire event off as insignificant and return to their normal activities. These include arguing about how much not to spend on infrastructure, discovering the truth about UFOs or getting vaccinated so that people can start partying again as summer approaches. Hamas has been disarmed. The disaster in the Holy Land has been avoided.

The problem for any serious observer is that their comforting discourse is in total dissonance with the historical context. The media across the globe have noticed that for the Biden administration, the Israeli-Palestinian conflict is a low priority, an unwanted distraction from the real business of the hour: creating a positive image for the recently elected president, young in the office (a mere 125 days) but old in years and inevitably stale in his thinking.

What does all this tell us about President Joe Biden’s policy with regard to Israeli-Palestinian relations? Some have hinted that, under pressure from progressives and some centrist Democrats, the Biden administration might consider modifying its ever-forgiving relationship with Israel by, for the first time, imposing conditions on the generous military aid the US provides year after year. No trace of that pressure appeared in Blinken’s discourse. Instead, the policy he hints at sounds like an anemic version of the Trump-Kushner peace plan. Biden talks about achieving stability by encouraging trade and investment. This essentially means the US will release enough cash for the rebuilding required for the Palestinians to function minimally within the Israeli economy.

In his meeting with Mahmoud Abbas, the president of the Palestinian Authority, Blinken evoked a gift of $360 million, not quite half of the appropriation of $735 million in supplementary military aid to Israel the Biden administration requested earlier this month and which some Democrats in Congress are currently contesting. Despite meetings with leaders in Egypt and Jordan, there is no indication that Washington may seek to address the historical causes of a never-ending series of conflicts. That will be left to others. Blinken summed up his intention in these words: “The United States will work to rally international support.”

Incite a group of people and, in extreme cases, a mob to back or participate in a project that may or may not be in their interest but which reflects the goals and interests of the one who incites

The style section of The New York Times features an article about a high school student named Adrian in California who, on May 17, produced a flyer to invite kids from his school to an open beach party for his 17th birthday. A friend spread the invitation to Snapchat and TikTok, whose “For You” algorithm turned it into a national event. Thousands of people responded and arranged to travel to Huntington Beach to be part of the event. The response ballooned uncontrollably, leading the two young friends to seek a willing commercial partner and turn it into an organized, paying event in Los Angeles, simply to avoid being accused of provoking a riot. It ended with a fracas on the beach, clashes with the police and hundreds of unhappy customers when no party materialized in Los Angeles. It did, however, instantly turn Adrian into an internet influencer.

Adrian now understands what it means to rally his contemporaries and indeed how easy it is to do it with the right plan. The Biden-Blinken plan to rally international support not only seems more modest and vague than Adrian’s, but it is far less likely to succeed. Blinken’s promise contains the principal themes of the discredited Trump-Kushner plan, without the ambition. The countries he appears to be rallying are either part of last year’s Abraham Accords initiated by Donald Trump or sympathetic to its goals. They essentially consist of Israel’s neighbors to the south: the United Arab Emirates, Bahrain, Saudi Arabia, Qatar and Egypt.

The Trump-Kushner plans rallied these nations around the idea of collaborating with Israel to create a prosperous business zone in the Middle East. It promised to turn the Occupied Palestinian Territories into a prosperous tourist attraction, allowing it to participate in the kind of glitzy commercial culture that has triumphed in Dubai and provided a model for Neom, Saudi Arabia’s futuristic city in the desert. Jared Kushner and friends imagined that Gaza could become one giant beach resort like Waikiki, Acapulco or Cancun.

This may be what was at the back of Antony Blinken’s mind when he proposed to “promote economic stability and progress in the West Bank and Gaza, more opportunity, to strengthen the private sector, expand trade and investment, all of which are essential to growing opportunity across the board.” The underlying logic is the same as the Trump-Kushner peace plan, once touted as the “deal of the century,” a game-changer destined to transform the economy of the Middle East, consolidate an objective alliance between Israel and Saudi Arabia and isolate Iran. For historical and cultural reasons that should have been obvious to anyone familiar with the region, no one apart from the ruling class of those Middle Eastern countries took the plan seriously. Even they did so mainly out of diplomatic politeness toward Donald Trump and deference to the always redoubtable economic and military might of the US.

The difference between the Trump-Kushner plan and Blinken’s vague proposal is that in the first case, the cash would be counted in billions. Most of it would have been provided by the Saudis, allowing them to gain cultural control over the Palestinians. The Palestinians would inevitably be beholden to the Israeli-Saudi alliance’s money and technology on the simple condition that they humbly accept their supporting role in an economy designed to further the interests of the ruling class in the US, Israel and the Arabian Peninsula. The Palestinians, with or without an identifiable state, would have their role in the neo-liberal economy assured, ensuring peace on earth forever after.

Blinken appears to have accepted the collaborative vision that Jared Kushner imagined, but in stating it, he unwittingly reveals its fundamental flaw. “Asking the international community, asking all of us to help rebuild Gaza only makes sense if there is confidence that what is rebuilt is not lost again because Hamas decides to launch more rocket attacks in the future,” Blinken said. The US has never reconciled the contradiction that comes from the fact that Hamas, which it classifies as a terrorist organization, came to power in a legitimate democratic election in 2006. Some might judge that the US, with a history of sending its mighty military into different regions of the world on false pretexts and prolonging its assaults on other populations for decades, could also be classified as a terrorist organization despite its democratically elected government.

There is something chilling when Blinken evokes the idea “that what is rebuilt is not lost again because Hamas decides to launch more rocket attacks in the future.” He is telling the Palestinians that if they choose to react to any perceived injustice and repression with the limited weapons at their disposal, they should expect everything that is built or “rebuilt” to come toppling down on their heads once again. This is a threat, not a peace proposal. It is a cynical affirmation of might over right. It is also an explicit denial of democracy and respect for the outcome of democratic elections.

The test of Biden’s ability to influence events in the Middle East will come very soon with the result of the Vienna talks concerning the United States’ eventual return to the Joint Comprehensive Plan of Action (JCPOA), the nuclear deal with Iran. Benjamin Netanyahu is using the occasion to put pressure on the US to abandon the talks. Joe Biden promised during the 2020 election campaign to return to the JCPOA. If the US fails to do so, some will see it as a sign of Israel’s continued power to dictate US foreign policy. 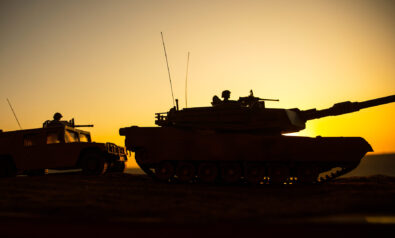 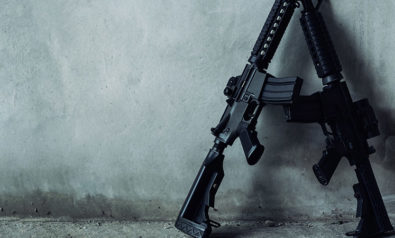 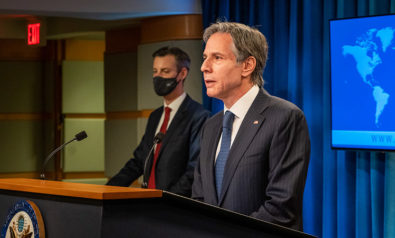 How Stable Is Antony Blinken’s Idea of Stability?