A Business Insider article by Oma Seddiq highlights the latest example of US President Donald Trump’s obsessive insistence on treating American Jews as citizens of Israel. Jewish voices have once again rebuked the president, though apparently to no avail. Seddiq’s article bears the title “’Textbook anti-Semitism’: American Jews condemn Trump for repeatedly telling them that Israel is ‘your country.’”

No dictionary, not even a devil’s dictionary, can feel comfortable defining a term that describes a tradition with such horrific historical associations. But today’s post-Holocaust world of political marketing has so distorted all discourse relating to Israel that it is now impossible to disentangle three distinct concepts: ethnic identity, religion and national politics. Consequently, the meaning of anti-Semitic — now simply an all-purpose insult — changes according to the person using it.

Despite Recent Attacks, Anti-Semitism in the US Remains Low

Typically, the reason for proffering the insult has nothing to do with ethnicity or theology. It’s always about politics. The insult has become so potent in political arguments that its meaning is reduced to whatever the polemical objective of the speaker happens to be.

A label that points to an undefined trait or attitude possessed by anyone with opposing political views who appears to make general assumptions about anything related either to the Jewish people or the state of Israel.

During a call with American Jewish leaders last week, Donald Trump has uttered this sentiment: “We really appreciate you, we love your country also and thank you very much.” This is problematic for several reasons. Beyond the fact that Trump sees all American Jews as citizens of another country, the “we” and the “you” he mentions are both dangerously ambiguous. “We” can be restrictive, indicating Trump himself, or inclusive, as in “we the people,” embracing the entire nation. In whose name is he speaking? Moreover, by referring to American Jews collectively as “you,” he both sets them apart and imposes a solidarity of political identity that is manifestly false.

The Jewish strategist Sophie Ellman-Golan complained: “It’s really important that we separate out American Jews and Israel — we are not one in the same. It’s anti-Semitic to suggest that we are.” There may be an anti-Semitic strain to Trump’s worldview, but not here. On other occasions, Trump has shown sympathy for virulently anti-Semitic activists. Everyone remembers those “very fine people” in Charlottesville.

Instead, Trump, who never tires of praising Israel, strives to appear radically pro-Semitic. The absurdity of his remarks demonstrates little more than the well-established fact that the president is incapable of understanding anything about any category of people, whether the factor of identity is permanent or temporary. Because some protesters in the streets are violent, Trump judges that all protesters are violent. And because the violence is directed against the contestable practices of existing institutions Trump identifies with, he accuses all protesters of sedition — a legal term that means rebellion against the state.

Similarly, because Israel is officially a Jewish state, Trump believes all American Jews consider themselves citizens of Israel. What applies to one applies to the entire group. And because Trump invariably aligns his foreign policy with Israel’s, he sees no problem with what his critics call the trope of “dual loyalty.” Instead, he encourages it because it puts them in opposition to Trump’s opposition in the US, especially those who criticize his unconditional alliance with Israeli Prime Minister Benjamin Netanyahu.

The real problem with the way anti-Semitism is bandied about in the media today is that the term has become a toxic brand that can be used against anyone, including those who are called “self-hating Jews.” This often simply means those who dare to critique Israel. In the US, even the Jewish Bernie Sanders has been suspected of anti-Semitism because he has distanced himself from Israel.

When Jeremy Corbyn dared to deviate from British geopolitical orthodoxy, defenders of the idea of an inviolable alliance with Israel — even inside his party — branded him an anti-Semite. Much of the respectable media followed suit. They did so not after taking into account the complex intersection of religious belief, ethnic belonging and political loyalty, but only because it appeared to be the easiest way to demolish the left wing of the Labour Party.

Anti-Semitism is an undeniably shameful feature of Western history. Its roots date back to the rupture that marked the birth of Christianity — a religion that emerged from Judaism after the Romans crucified Jesus. From the time of St. Paul’s writings that established the major themes of the new theology, Christianity had to justify its break with the Judaic tradition even while acknowledging a very real historical continuity. Initially, Christians saw themselves as religious separatists with no reason to cultivate hatred for the Jews, especially after the Romans dispersed the Jews from their homeland in the Middle East and effectively dismantled all Jewish political infrastructure.

The virulent anti-Semitism that culminated with Germany’s Third Reich developed rapidly in Europe throughout the Middle Ages, accelerating with the First Crusade, launched in 1095. The feudal system required the population, from yeomen to serfs, to accept their allegiance to the local nobility. Kings and princes ruled over expanses of territory federating multiple domains belonging to nobles. Those feudal kingdoms later evolved into nation-states.

Jews had no place in a Christian feudal system founded on an agricultural economy. Christians regarded the Jews as a people that had self-excluded themselves from the Christian community. Jews had little choice but to group in cities where they were confined to ghettos, from which they could nevertheless provide some vital services to Christians, including moneylending.

In the 11th century, England’s Norman King William the Conqueror provided a model for “managing” the Jews, mainly for the purpose of the royal military economy. Jews had the right to lend money at interest, whereas for Christians it was a sin. With no ordinary feudal ties, all Jews were deemed direct subjects of the king. This royal privilege eventually led to moments when a king, having profited from the financial facility offered by the Jews, could use an invented pretext to punish the Jewish community, confiscate their property and cancel their debts. It was a form of political opportunism that used anti-Semitic sentiment as a pretext for plunder.

Given the somber history that would follow — exclusion and exile, blood libels, forced conversion, ghettoization, pogroms in the 19th and 20th centuries — all of it leading up to Hitler’s audacious “final solution,” the term “anti-Semitism” should always be taken seriously. It has played an active role in the evolution of modern nations in the Western world. But today, for purely political and sometimes basely electoral reasons, people have taken to using it as a facile insult to brand their opponents with an intention that everyone reflexively recognizes as shameful.

Because the label has changed from a historically accurate description of horrendously calculated and brutally executed actions to what has become today a vague suspicion of a lack of suitable deference to Israel, the term anti-Semitism has literally lost any connection with reality. Calling Trump an anti-Semite illustrates the absurdity of the trend. The Donald’s delight in making unjustified pronouncements about American Jews doesn’t stem from anti-Semitism. It’s just that he’s a narcissist, utterly insensitive to the reality of others.

In contrast, this past week offered an example of what has now become standard dog-whistle anti-Semitism coming from the American right. In a discussion on Fox News of violence in American cities, Newt Gingrich singled out the Democratic donor, George Soros, as the unique cause of the breakdown of law and order. Soros has long been a preferred target of anti-Semites because he finances liberal causes. Gingrich knows that and so does Fox News. Embarrassed and wishing to avoid the accusation of complicity, the Fox News hosts shut Gingrich down for such an obvious anti-Semitic trope.

Anti-Semitism exists among the population, probably far more on the right than the left. Modern governments can no longer have recourse to it as official policy, but ordinary citizens and individual politicians can resonate to its xenophobic appeal. The term itself has thus become an abused and abusive rhetorical weapon used by all kinds of polemicists. And, for the moment, the media appears far too timid to attempt deconstructing that rhetoric. 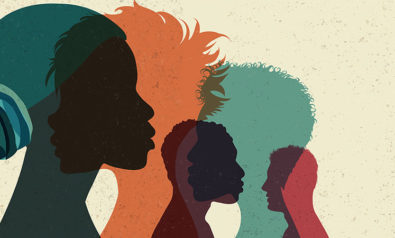 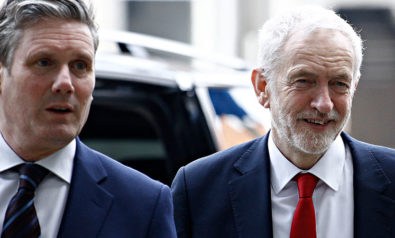