There are many who are uncomfortable with and deeply critical of the current policies and actions of the Israeli government.

Exceptionally, The Daily Devil’s Dictionary will define not a word, but two simple letters that make up the prefix of an acronym.

The abbreviation PE on its own traditionally stands for “physical education.” But thanks to an article in The Huffington Post by Abraham Gutman, an Israeli economist and independent writer, the term PEP (Progressive Except on Palestine) has or should become part of every journalist’s and indeed every citizen’s vocabulary. It clarifies a glaring contradiction.

Originally suggested by blogger Katy Halper, PEP designates a political animal well known in the United States, where — unlike in Israel — politicians and the media consider it subversive to criticize any military action of the Israeli government, even when that action clearly resembles war crimes, as British journalist Mehdi Hasan complained in the aftermath of the Israeli army’s recent shooting of unarmed Palestinians in Gaza.

The acronymic prefix PE can thus apply to other issues. Whereas most progressives support more lenient laws on drug abuse, some progressives oppose any attempt to decriminalize drugs, as the definition above suggests. Progressives tend to reject the concept of “American exceptionalism.” Yet establishment Democrats who refer to themselves as progressives celebrate it. PEE would thus describe the majority of the Democratic Party.

On the Republican side, there are CEs, Conservatives Except on… For example, CEEs (Conservatives Except on Empire), which includes libertarians such as Ron Paul. He embraces most conservative causes (free enterprise, free trade, small government), but opposes any militaristic foreign policy. It contradicts the notion of small government and non-intervention in people’s lives. Unlike the PEEs, CEEs are ideologically consistent.

The American left has adopted the term “progressive” because of the opprobrium associated with the labels traditionally used in Europe: socialist, social democrat, communist, radical or even labor (working class). It’s good marketing. American culture elevates progress to the status of a core value. Voters on the right may not like progressives, but they do like progress — at least within limits. The 18th-century philosophers whose ideas contributed to the birth of the United States saw history as progress. All modern Americans take pride in the progress they have contributed to humanity: notably democracy, information technology, household appliances and fast food.

The American right prefers to vilify the left as communists or socialists, refusing them the dignity of being progressive. The right claims to be for progress, but for them progress belongs to the past. For some, political progress stopped definitively at the drafting of the constitution in 1787.

Leftists of all stripes haves accepted the label progressive because it sounds innocuous. They want hope and change to make things better, but don’t insist on repealing the constitution, nationalizing industry or setting up a communist bureaucracy. The term progressive can thus apply to anyone who isn’t a confirmed ideological conservative. The more militant left — focused on a critique of both the economy and foreign policy — had no response when the PEPs appropriated the label progressive. After all, in the consumer society, everyone is free to choose who they are (their identity) and the causes they buy into.

In its electoral calculus, the Democratic Party assumes that it represents everything to the left of the Republican right. To make sure people see them as progressive, the Democrats have focused uniquely on identity politics, supporting any cause that appears to promote equal treatment of minorities. Their progressive credentials intact, establishment Democrats thus feel free to pursue foreign policies defined by the right (wars and invasions). Automatic alignment with a right-wing militaristic Israeli government’s policies goes without saying. According to the yardstick of identity politics, the Democrats can always chalk it up to concern for the plight of the Jewish minority.

This leads to the final, tragic paradox. Where many Israelis and probably a majority of American Jews are uncomfortable with and deeply critical of the current policies and actions of the Israeli government, the governing elite in the US and the corporate media have excluded authentic progressive thinkers such as Noam Chomsky and given voice only to PEPs, along with what we can now term PIPOs (Progressive on Identity Politics Only). These Democratic hawks dominate the party. The sad fact is that even many of the Democratic doves — legislators vehemently opposed to US belligerence overseas — lose their voice when it comes to criticizing Israel. 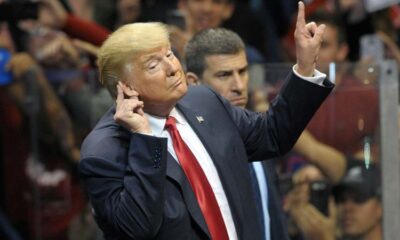 America Is Awash in a Sea of Hypocrisy 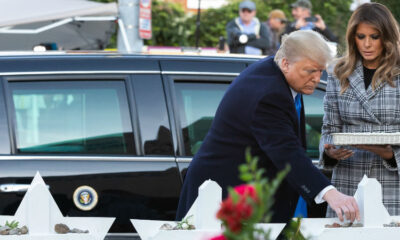