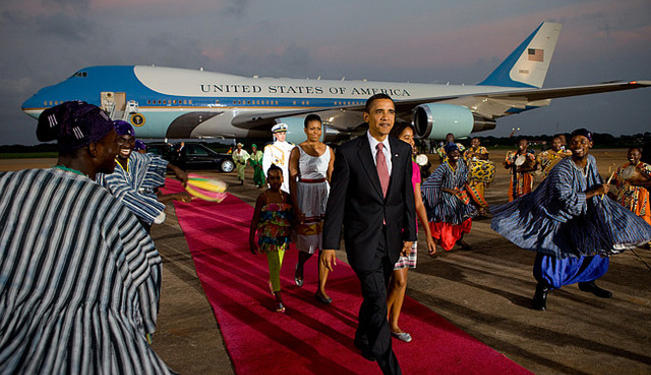 Obama's second term in office will see new challenges in US' involvement with Africa. However, a major tactic switch seems unlikely.

High hopes were held across the African continent when Barack Obama, the first US president with Kenyan roots, came into office for the first time in 2009. However, four years in office have significantly lowered expectations to a more realistic level. This may explain why most Africans greeted the president's second electoral victory with far less fervour.

It is clear from the president's electoral campaign that this term, US domestic issues will trump foreign affairs, which includes US relations with Sub-Saharan Africa. This will come to no shock to most Africans following US politics, as Sub-Saharan Africa was of near nil significance in the 2012 presidential campaign. The presidential policy directive ‘US Strategy Toward Sub-Saharan Africa’ released in June 2012 has set the tone for US-African relations and will most likely continue do so during Obama's second term. Its' four key objectives are to strengthen democratic institutions, spur economic growth, trade, and investment, advance peace and security, and promote opportunity and development. Current challenges and priorities for the US, however, seem to lie predominantly in the areas of security and economic relations.

Despite a lack of new policies toward the region, the US will have to keep an eye on Africa's security situation for the sake of its' own counter-terrorism focus. Ongoing turmoil in Mali may lead to some form of US involvement. Ever since northern portions of Mali were taken over by rebels last year, and subsequently flooded with Al Qaida affiliated groups, the international community has been keeping a watchful eye on a region that may now be a perfect breeding ground for armed terrorist groups. Interventions have already been instigated in the form of French troops. The US with its’ clear anti-terror stand has every motivation to quell the situation in Mali, where weak borders are already a major security concern. Recently, a US government representative confirmed that the US is indeed considering supplying French troops with intelligence information. The use of drones to gather intelligence on Mali’s northern territories seems to be a plausable option. Ironically, it was the US’ interference in Libya that largely contributed to Mali’s current problems. The power vacuum left by Gaddafi’s demise spurred the flow of weapons and insurgents between Libya and Mali. Apart from the Sahel, similar US anti-terror concerns will further its’ relationship to the African continent, alongside close monitoring of terror threats in countries such as Somalia and Nigeria.

Furthermore, renewed or ongoing conflicts in countries such as the Democratic Republic of the Congo (DRC) or Sudan/South Sudan will also challenge the Obama administration’s declared will to advance peace and security. The latter conflict was already a primary concern during Obama’s first four years in office. The US strongly advocated the referendum that made South Sudan an independent nation in 2011. However, ongoing conflict between the two countries, mainly over oil revenues and disputed territories at border areas, still remain unresolved. Even though the US pushed for talks between the two country’s leaders, and Obama renewed 15 year old sanctions on Sudan in last November, the security situation is still fragile. Recent rebellions in Southern Kordofan have again been blamed on the turmoil in South Sudan. In order to create long-lasting peace and improve the dire humanitarian situation, more pressure must be exerted on Sudan’s al-Bashir. On the other hand, the White House stance toward the DRC has been highly criticized for being too soft and protective of Rwanda’s president Paul Kagame; long time ally of the US but also allegedly supportive of the rebel group M23 driving violence in the DRC.  With millions of people dead since the eruption of the conflict in the DRC and no end in sight to the atrocities, strong external interference is much needed.

Asides pressing security issues, the Obama administration should be watching out for Africa’s rising economy. Given that 7 out of the 10 fastest growing economies are on the African continent, the US would be wise to increase its’ efforts in reversing the trend that allows China to surpass the US in terms of trade with Africa. Even though the US is still struggling to deal with its’ own domestic economic crisis, investment in the region is highly recommended by entities such as the IMF, having positioned Africa as the world’s fastest growing region within the next five years. A step has recently been taken to encourage investors, by launching the “Doing Business in Africa” campaign. Additionally the African Growth and Opportunity Act (AGOA), which grants duty-free access for a variety of goods from eligible African countries into the US market, will have to be renewed by US congress in 2015. Given that, according to the Office of the United States Trade Representative, goods imports from Sub-Saharan Africa under the AGOA and the related GSP program totaled $70.6 billion in 2011, it is imperative that this US-African trade initiative continues.

Obama’s reservations when it comes to African affairs have often been attributed to the fact that he had to prove himself as a “true American” to the electorate during his first term. The question remains whether or not his second term in office, without the pressure of an upcoming re-election, will bring any change to US relations with Sub-Saharan Africa. New challenges will undoubtedly arise, but it seems unlikely that the next four years will engender any radically different positions from Obama’s first term. After all, the US president already stated in his 2009 visit to Ghana that "Africa's future is up to Africans".