America’s war machine breeds enemies faster than the US can kill them, argues Larry Beck.

The verdict is in: Americans can’t get enough of movie sniper mayhem. American Sniper, a film that has caused much controversy, has grossed over $250 million to date, some kind of record breaker.

It doesn’t seem to matter — or maybe it does in a perverse sort of way — that the real guy at the center of the film, Chris Kyle, was a US-trained killer who wallowed in his own Christian righteousness as he mindlessly killed human beings he was content to label as “savages.” Sadly, he can’t discuss the movie or his morality with us — he himself was plugged, not by one of the “savages,” but by a true blue ex-US Marine while hanging out at a shooting range right in the heart of US gun country. What pathetic irony.

I haven’t seen the movie, nor do I have any intention of doing so. It is enough for me to know that way too many Americans will see it and will bask in the murderous glory of the movie’s “hero.”  However, I did see a raft of trailers for the film. Watching those trailers made me sick. From my perspective, if they made you sick as well, then perhaps you have a conscience.

If, on the other hand, the trailers made you want to go see the rest of the movie, you will never be able to understand the failed US collective conscience that allows America to endlessly deliver death and destruction cloaked in righteousness, and to arm the world without a second thought about who those arms might maim and kill.

It is noteworthy in this discussion that both Michelle Obama and Sarah Palin seem to see the movie through the same moral lens. Michelle Obama has spent so much time hanging out with the sad leftovers of America’s latest military misadventures that she has lost her moral compass. Instead of helping the nation understand how truly crippling wars are for those who fight them, and using her stage to deliver a message that less war means less crippled veterans and flag-draped coffins, she has become another member of the wounded warrior stay-at-home cheerleaders who do so much to create wounded warriors in the first place.

For some time now, I have been surprised by how little we ever hear from the mothers, fathers, sisters and brothers of the war-wounded, maimed and killed about what it is that the sacrifice of their loved ones accomplished. By the end of the Vietnam War, this issue became a theme that contributed to public rejection of continuing that ill-conceived and doomed battle. But today hardly a peep.

The deafening silence continues, even after years of bloodshed in Iraq and Afghanistan have produced nothing more than obscene profits for America’s arms merchants. Both Iraq and Afghanistan remain failed states despite years of our warfare and “reconstruction,” wallowing in dysfunction and teeming with unvanquished enemies. Both the Middle East and South Asia continue as fertile breeding grounds for the terrorism and global instability that US military might was supposed to reverse.

Although the pace of flag-draped coffins has slowed, the nation seems just now to be awakening to the homegrown human cost. While wounded warrior charitable solicitation is all the rage at the moment, there is little to suggest that those who love the people that have been devastated by our recent wars are ready to address the balance sheet — to confront how little has been accomplished by those who have given so much.

In this context, I am proud of my opposition to America’s war machine and the failed policies that continue to fuel it. If more people listened to me and others like me, there would be far fewer wounded warriors and flag-draped coffins, but that is only part of the point.

We should have learned by now that our war machine breeds enemies faster than we can kill them and their loved ones. Foreign lands and foreign ideologies are resistant to our brand of righteousness, in part because they have their own brands of righteousness and in part because ours is so damned hypocritical. As a nation, we cheer on our good guys and kill their bad guys without even a moment’s pause for our god’s grace for their fallen men, women and children.

So where do we go from here? A killer without a conscience sighting on a child, with both the killer and the weapon made in America, is a wonderful metaphor for the unmanned drones that the United States now sends forth to drop indiscriminate death from the sky. If America as a nation can ever hope to find a moral high ground, we must first find our collective conscience and begin to stop our glorified killing machine.

No, I will not see American Sniper. But for others like me, there is some good news — some movie about the allure of sexual sadomasochism is about to become the new American morality play. Maybe we can enjoy that one together. 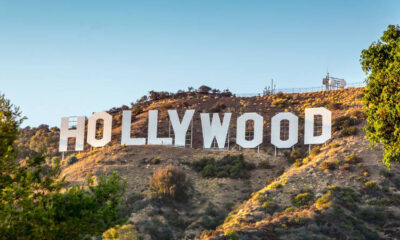