Right-wing polarization may disrupt the bilateral relationship between Mexico and the United States.

When Republican presidential candidate Donald Trump visited Mexico on September 1, 2016, local protesters made it clear: His offensive, untrue and divisive rhetoric about the Mexican people was not welcome. Amid that backdrop of rejection on both sides it’s easy to forget that the United States and Mexico have been tied together by economic, cultural, political and geographical bonds for a long time.

Both countries share a 2,000-mile border where hundreds of thousands of people cross both ways legally each day, enabling up to $1.4 billion of annual two-way trade and more than 34 million tourists a year that generate a significant economic spillover on both sides.

Both countries share similar challenges along their sprawling border. Despite close collaboration between both governments, estimated billions of dollars in spending on border controls from the US side and thousands of people dying on their attempts to cross the border, millions of immigrants from Mexico, Central and Latin America continue to come across the border without proper papers. It is nearly impossible for authorities to patrol such an expansive border. Far worse than unregulated crossings, powerful drug cartels in Mexico tied to the demand for drugs in the US have led to continuous violence in certain border regions.

It won’t be easy to solve these problems, but certainly collaboration between the US and Mexico would be necessary to improve security and migration mechanisms. An example of such collaboration, the Merida Initiative, has since 2008 promoted support between both governments to tackle the drug cartels and secure the border. However, the right-wing polarization promoted chiefly by Donald Trump threatens to halt cooperation within the region.

Trump launched his campaign in June 2015 accusing the Mexican government of intentionally sending criminals across the border, and accusing Mexican immigrants of crimes they are more likely to be fleeing than committing: “When Mexico sends its people, they’re not sending their best. They’re sending people that have lots of problems. They’re bringing drugs. They’re bringing crime. They’re rapists …”— followed by the promise of building a great wall around the southern border of the US.

One year later, during his first foreign policy speech as a presidential candidate, Trump expressed his disapproval of the North American Free Trade Agreement (NAFTA) and advanced his nationalistic world view of adopting closed-door politics to better resolve internal affairs. Founded on the phrase “America First!” the candidate sells an isolationist foreign policy based on nationalistic and hyperbolic claims.

Even though the three signatory countries—Canada, the US and Mexico—have expressed the need to review current NAFTA conditions, it is clear that the treaty has generated relevant benefits for its members. Over its first two decades, US trade with its neighbors has tripled and regional commerce has increased from $290 billion in 1993 to more than $1.1 trillion in 2016. In spite of controversial discussions regarding the flux of money and employment, it is clear that changes in the agreement would have sharp effects on the regional economies.

Besides serious threats posed to global trade, immigrants seem to be the most affected by the Trump tornado. The United States is a nation built on immigration. It is being particularly divided by Trump’s campaign, which seemingly purposefully generates clashes among different groups of the population—as would of course his election for president. Strong right-wing nationalism tends to be associated with rejection of people from different races and origins. In the case of North American relations, this scenario could potentially affect more than 11.7 million Mexican immigrants in the US (27.6% of the overall foreign population) thus generating further tensions with its neighbor country.

Whereas anti-discrimination laws in the US are generally robust to protect diversity, the consolidation of an environment prone to right-wing nationalism and xenophobia is exacerbating division between the Democratic and Republican parties, as well as within families and neighborhoods.

Since 2014, findings from the Pew Research Center indicate that Republicans and Democrats diverge more than ever before in American history. As a result, antipathy between the left and the right wing has risen, as well as political confrontation between opposite ideologically oriented citizens and politicians.

The bipartisan polarization in the US has in the past years already led to severe political gridlock in Congress, which has prevented necessary reforms in many policy areas, as the latest edition of the Bertelsmann Stiftung’s Sustainable Governance Indicators (SGI) project finds: “Governance suffers in the United States … because of the gridlock that results from polarized parties and divided government … the main manifestation of this gridlock is a low level of ability to implement government goals.”

This is one of the main reasons why the US is doing so badly in SGI’s international assessment of policy making. In terms of the quality of economic, social and environmental policies, the US ranks only 26th of all 41 OECD and European Union nations. The country has been slow to recover economically after recent crises, unemployment among minorities is high, social policies lack efficiency, and inequalities in education and income are increasing.

The high levels of polarization that are present in the America today endanger the future growth of North America as a region and promote a context in which Donald Trump’s divisive agenda has gained wide support. Building walls on the border is certainly not a feasible solution for tackling these and other problems currently affecting the region.

Promoting stronger collaboration and empathy between countries, political parties and people seems to be a better option. The real barrier to achieving this are not just the results of the US presidential election, but whether Trump’s attitudes and policy prescriptions maintain strong support in the US long after November 8. 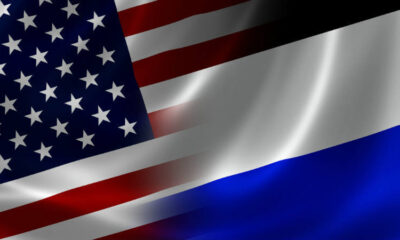 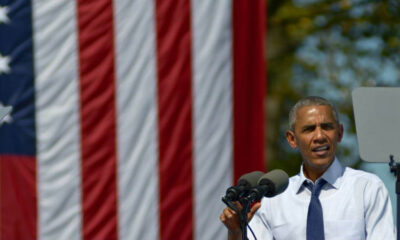