Rose McGowan is likely mindful that sexual assault accusations against Asia Argento could destroy #MeToo and the whole social movement that underlies it.

The clock of history chimed loudly on October 5, 2017, when The New York Times ran a story detailing almost three decades of testimony from women, all accusing the film producer Harvey Weinstein of sexual harassment. It revealed that Weinstein had paid out at least eight settlements. Three days later, he was dismissed from the Weinstein Company, which he had founded in 2005. #MeToo was born.

Now the clock threatens to turn back time. A public dispute between two women both prominent in the #MeToo movement is developing into the kind of attritional conflict that has already destabilized, and might even ruin, the campaign started after the Weinstein revelations.

Asia Argento, who was among the first and most outspoken accusers of Weinstein, is locked in fierce exchange with Rose McGowan, who has, over the past several months, been the de facto spokeswoman for the movement. McGowan has cast doubts on the credibility of her former sister-at-arms and aligned herself with the man who accuses her of sexual abuse. Meanwhile the universally demonized Weinstein and his legal team are watching in silent rapture as his two adversaries tear themselves to shreds.

Let me refresh readers’ memories. In the days after The Times expose, The New Yorker magazine chronicled 13 more incidents, including three accusations of rape. Among them was one made by Argento, an Italian actor and director, who claimed the sexual assault occurred when she worked with Weinstein in 1997. At the time, Weinstein was still at Miramax, which was distributing her film, B. Monkey. “I know he has crushed a lot of people before,” Argento explained her prolonged silence. “That’s why this story — in my case, it’s twenty years old, some of them are older — has never come out.”

Her account to journalist Ronan Farrow was arguably the most graphic and detailed of any of those provided by Feinstein’s victims. Weinstein “terrified me, and he was so big,” she said. “It wouldn’t stop. It was a nightmare.” After the ordeal, she told him: “I am not a whore,” to which he replied she should have the phrase printed on a T-shirt.

This was unusual, perhaps extraordinary. Rape victims have often had consensual sex with a partner, before — for any number of reasons — deciding they no longer wish to engage in sexual relations. But the reverse is uncommon and it might have alerted #MeToo campaigners that her support may have been a poisoned chalice — likely to prove a source of problems. It has become exactly that.

Last month, it became known that Argento, now 42, quietly settled a sex abuse claim of her own. Actor Jimmy Bennett accused Argento of a sexual assault by having sex with him in 2013 (he was 17 at the time) at an hotel in California, a state in which the legal age of consent is 18. Bennett’s version of events is that Argento plied him with alcoholic drinks — the minimum legal age for consuming alcohol is 21. She pushed him onto the bed, pulled down his pants and had sex with him, and not just onanistic sex either, it seems.

At this point, when reading Bennett’s account, my mind went back to the 1994 movie Disclosure, in which Michael Douglas files a sexual harassment complaint against Demi Moore. In court, the judge asks Douglas “Did you have an erection?” to which Douglas replies something like, “Yes, but it was involuntary.”

Later, Bennett threatened to sue Argento, claiming the incident had affected his mental health. He accepted a $380,000 pay-off, funded, apparently, by Argento’s then-partner, the late celebrity chef Anthony Bourdain. Some readers might assume a young man who is importuned by a 37-year-old Argento, then paid a six figure sum to keep quiet about it, would be inclined to do just that. But Bennett couldn’t contain himself when he heard about Argento’s fusillade on Weinstein. It caused his post-coital trauma to “resurface,” as he put it, and launched bid for damages.

Enter Rain Dove, a nonbinary model who has been romantically involved with McGowan, who revealed that Argento sent them (Dove doesn’t answer to the pronouns him or her) text messages that appeared to confirm that she did have a sexual encounter with Bennett. Argento’s lawyer responded with a statement claiming she was the victim of a “sexual attack” by Bennett, and that she did not initiate the encounter, but instead became “frozen” when Bennett allegedly got on top of her, and that she “chose at the time not to prosecute.”

The case is a gift-wrapped delivery from heaven as far as Weinstein is concerned. He has stuck to his original story in the face of every accusation, and the numbers have now climbed to 80: consensual sex. His legal team knows that hypocrisy is not a crime. It also knows that Argento’s credibility has been undermined, perhaps fatally. Within days, she was dropped from the panel of the Italian version of the TV show The X Factor. Then CNN pulled episodes of its show Anthony Bourdain: Parts Unknown, in which she appeared.

Weinstein’s lawyers will be watching how other prominent members of #MeToo react to Argento. Will they stand by her and insist her own past indiscretions have no relevance to or bearing on the allegations against Weinstein? Or will they distance themselves from her and argue her behavior was as repugnant as that of the accused?

McGowan says she has reappraised her relationship with someone she regarded as her friend and whom she loved. She believes Argento lied to her about the Bennett case and has encouraged her to “Do the right thing. Be honest. Be fair. Let justice stay its course … be the person you wish Harvey could have been.”

This might sound like a volte-face, but, in fact, McGowan is being entirely consistent. She’s also probably mindful that the Argento case could destroy #MeToo and the whole social movement that underlies it. Its place in the global consciousness is now secure, and it enjoys recognition, admiration and widespread approval. Argento’s transgression could singlehandedly change everything. Hence McGowan’s gutsy response can either be seen as damage limitation or a perfectly calculated forward step for the movement. #MeToo is not just about women, McGowan is saying. It will never stop asking awkward questions or bringing suspected wrongdoers to account, no matter what their gender.

There is another possibility: The public could laugh off Bennett’s claim as opportunistic. A 17-year-old youth has sex with his former co-star, then realizes she has technically committed an offense and so seeks to exploit it for his own purposes. Once the goose has laid the golden egg, he returns to see if she has to potential to oviposit more.

But the mood of the times seems to be against this. More likely Argento’s apparent duplicity will be in focus. Weinstein and his defenders will no doubt be scrutinizing the track records of his detractors for any trace of piousness. At the Venice Film Festival, director Luciano Silighini Garagnani wore a T-shirt proclaiming, “Weinstein is innocent,” registering a reaction that’s likely to build in the coming months. This is one of those situations in which one of the heroes may turn into a villain, and the villain-in-chief will attempt to transmogrify into an improbable hero. 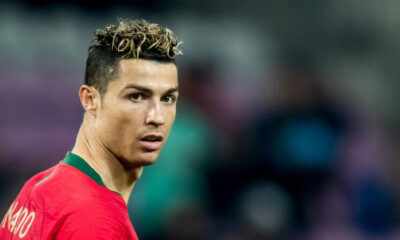