August 2009: I press the doorbell. The dimness of the inner light and oriental fragrances give me a pleasant surprise. African jewelry hangs from the walls and Persian carpets pave the ground. I close my eyes. With the frantic speed of remembrance, music transports me to the alleys of Istanbul, without raising my feet from Washington.

Later on, I check my name on the guestlist and walk into a room with low tables of Lebanese cedar, making unsuccessful glances in search of any acquaintances. I arrive at my destination. Protocol presentations. Dinner guests from eight different nationalities: an American-Cypriot, a Finnish-Californian, a Nigerian-American, a New Yorker, a Japanese, a Mexican-American and yours truly comprise the congregation. It is a true melting pot of races and cultures — the most international and cosmopolitan face of the United States.

A smiling Danielle Jackson welcomes us all at dinner. She says hello in four different languages and speaks animatedly about the humanitarian mission of various American NGOs in Nicaragua. As she speaks, her hands fly. She goes on to describe her day-to-day life in Haiti. Danielle’s enthusiasm and energy capture our attention. She circulates among the tables of Fulbrighters, a group of scholars gathering to celebrate the anniversary of the Peace Corps.

For foreigners and even many Americans, a bit of an explanation is essential. In 1961, President John F. Kennedy pushed for the creation of the Peace Corps. Its objective was to offer technical and educational assistance to populations hit by wars or famines. It also tried to make the US. more understandable to the rest of the world. The Peace Corps was a valiant attempt at rapprochement even it was not without contradictions. There were geostrategic errors galore, too, because of the anti-communist paranoia of the Cold War.

For all its faults, the 1960s was a time of international openness in the country of Abraham Lincoln. Americans were open to collaboration with other countries, cultures and nationalities. Half a century later, a black man entered the White House. It seemed the start of a new era. Barack Obama’s triumph was a watershed before-and-after moment. Or so it seemed. History is never linear. It has its cyclical pirouettes.

August 2019: Surely Danielle, like thousands of her fellow Americans who have volunteered abroad, suffers from a certain odi et amo syndrome. This “I-hate-and-I-love” condition magnificently described by the Roman poet Catullus is particularly apt for many today. The likes of Danielle love the kind, humanitarian and idealistic aspect of the US but reject its harsh, intolerant and warmongering side. This grim part of the American national person often makes the country look inward and retreat into its ironclad shell. The titanic task for Americans like Danielle who show hospitality despite the isolationist attempts of the country’s leaders to reverse this tide.

In fact, there are a lot of Americans like Danielle. Actually, millions of them in a country, which is actually the size of a continent. For all its faults, few countries are as diverse and multicultural as the US. Despite the best efforts of hardboiled supremacists, it is difficult for the US to become crystalline white again. Demography is against it. In 2018, the Hispanic population reached 59.9 million. Many may dream of making America white again, but that ship has sailed from the harbor.

To tell the truth, the US was white only for a brief period, and even that is only true if we overlook the multiple Amerindian tribes — Sioux, Tarahumara, Natchez, Apache, Cherokee, Navajo and some more — who were not exactly white. These tribes were America’s first settlers who were displaced when they were not massacred.

In the coming decades, the US is much more likely to look like Paul Gilbert Anchondo in whose veins run with Polish, American and Mexican blood. Maybe Paul’s name doesn’t ring a bell. Maybe you didn’t pay attention to it in the middle of frenetic media coverage of yet another mass shooting. Yet if I told you that this 2-month-old survived a mass shooting, his image would bring a lump in your throat. Paul is the baby who miraculously escaped unhurt in the August 3 shooting in El Paso, Texas. The bodies of his parents, Andre Anchondo and Jordan Jamrowski, were his shield.

August 2039: It is impossible to put yourself in the shoes of anyone who has to tell Paul what happened. How does one explain Americans voting for a president who was dousing fuel into the fire of racial tensions? How does one explain divide and conquer by a politician determined to acquire and retain power?

By 2039, Paul will be 20. Things are likely to be different. There is reason for hope. In history, the pendulum always swings. Yet it never swings without effort. Americans like Danielle will have to fight hard to make their country a kind, gentle and welcoming place. Donald Trump may try his worst, but in very few nations have races, cultures and nationalities mixed better in a melting pot as in the US. At least it has been the case previously, and that tendency might (should) come back. Out of this political and social darkness, a new dawn will emerge. The future is bright. The future is Paul’s.

In the great arc of history, America’s destiny is a multiracial melting pot. 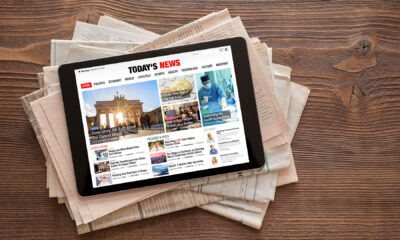 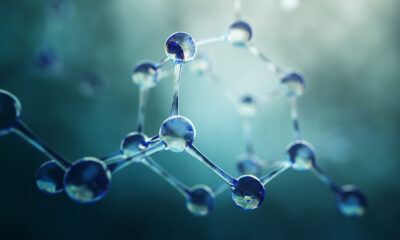