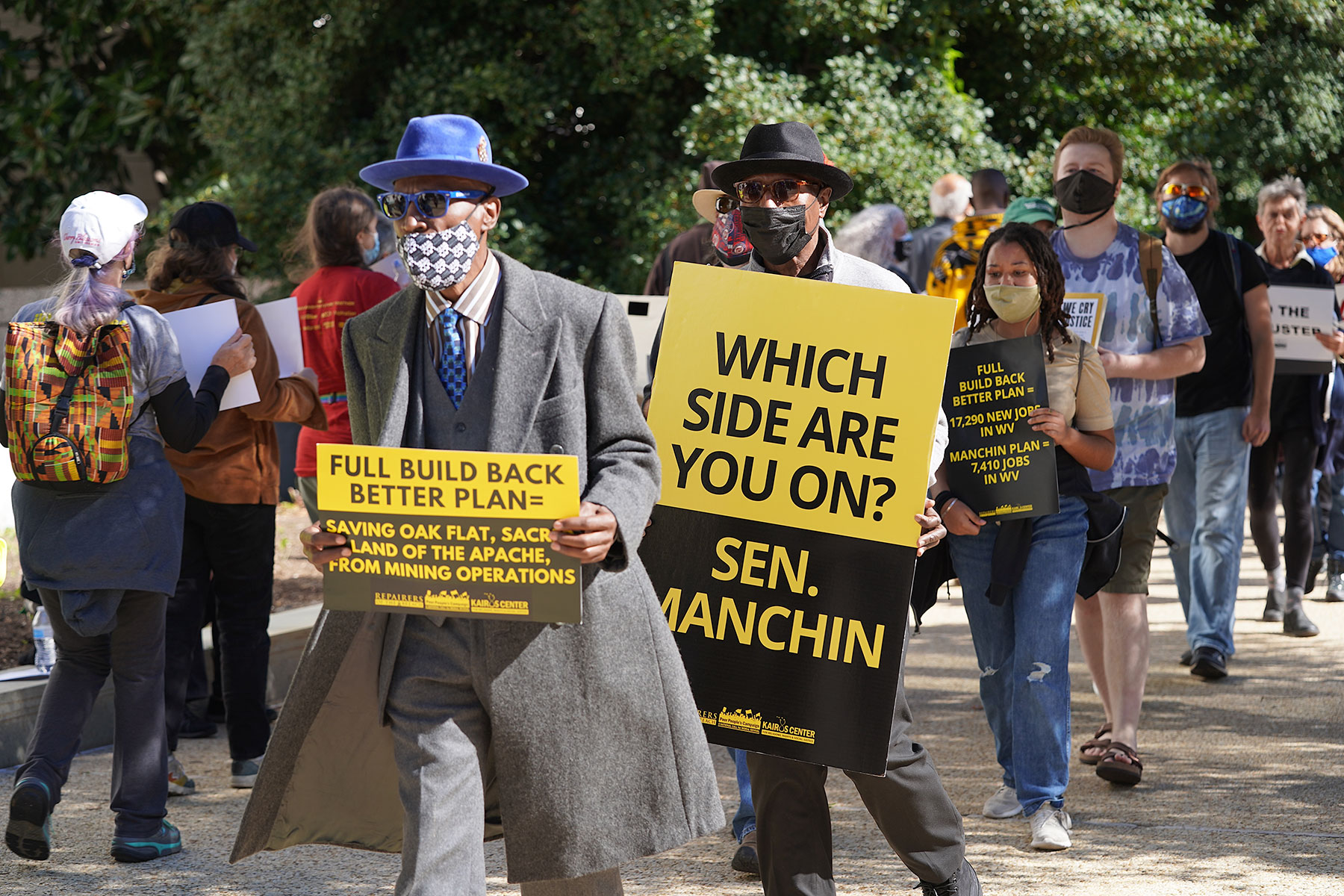 As we enter a new year, there is every warning you can think of that the Biden presidency, its promise and its transformational potential will come to a crashing end in 2022. When circumstance, willful ignorance and an utter disdain for governmental achievement and good governance conspire together to undermine aspiration, no amount of policy response will win the day. Only passion and anger have any chance at success.

Into that mix, up steps Joe Manchin, a US senator from West Virginia to put the transformational agenda of the progressive movement in America on life support. Amid the cascade of bad news here, there is also plenty of “democratic” absurdity. In his last reelection in 2018, Manchin won a six-year US Senate seat from West Virginia with a whopping total of 290,510 votes. Joe Biden won the presidency in 2020 with over 81 million votes. So what? In the land of the free, Manchin’s personal agenda, the agenda of the fossil fuel industry and apparently that of a sliver of America trumps that of a president elected by a significant majority of all Americans who voted in the presidential election.

It is largely the ongoing institutional paralysis of the US Senate that gives Manchin and a handful of other US senators veto power over virtually all legislative initiatives. This paralysis is now so deeply ingrained that the results are almost always foreordained. In America’s two-party system, the Republican Party is presently committed solely to a scorched earth drive to political victory at the cost of even the most basic of policy discussions.

This is the fertile ground in which corruption and influence peddling thrive. Here again, Manchin steps up to the plate, this time to institutionally piss on the 93% of West Virginia’s children who are eligible to benefit from a child tax credit that is about to expire. Since this should be a huge incentive for him to support the extension of the child tax credit, Manchin’s singular effort to kill the legislation can only be explained by fealty to some special interest that surely doesn’t give a damn about those children.

Moreover, the child tax credit is just one pillar of the transformational safety net legislation that Senator Manchin and those who have likely bought his vote are attempting to bury. Corrupting special interests and their right-wing Republican allies are also hard at work scuttling universal pre-school education, childcare and elder care assistance, increased nutritional security for children, paid family leave, some measure of drug price controls, improved Affordable Care Act access and Medicare and Medicaid benefits, and support for affordable housing alternatives.

Critically, as well, the proposed transformational social legislation that has already been passed by the US House of Representatives includes a significant (yet modest) effort to meet our national and international commitments to confront climate change. In fact, it may be antipathy toward these latter provisions that has pushed Manchin to abandon the West Virginia children and their families he would like you to think he cares about.

Much of this should come as no surprise. After all, the legislative process in America is working as it was designed to work, ensuring that corporate interests, corrupt influence peddlers and wealthy Americans are able to bludgeon democratic reform with impunity. Unfortunately, no amount of policy response will win the day tomorrow in the face of the perfidy that is winning today. It will take a street fight to even begin to turn the tide.

No Other Way Forward

I do not say this lightly, but I see no other way forward. Adding voting rights, abortion rights, gun control and police reform to the scrapheap of history will make the rout complete. So, all Americans who understand the nation’s peril either seize this moment or they will continue to live in a country rife with inequality, racial and social injustice, gun violence, fundamental inequity and corruption. America will never be better if no one forces it to be better.

To start, President Biden has to step up and demand that the key elements of the social safety net and climate change legislation be passed now. He must identify a legislative path forward and demand in no uncertain terms that all applicable legislative tools need to be utilized to that end. He must also make it clear that he will go directly to the people as their president to forge the necessary alliances to meet his legislative objectives. Then, every senator and every representative must be required to cast a vote, for or against. There is no choice.

If the legislation fails to pass the Congress, then Biden must call the people to the streets. This means that those of us who care on our own behalf or on behalf of others either answer the call or accept an America unworthy of our allegiance. There is no choice.

Meanwhile, it is way past time to eliminate minority rule in the US Senate, not just for the moment but forever. Understand that there will be no voting rights legislation, no abortion rights bill, no gun control measures and no police reform measures if a Republican Party in the minority in Congress can effectively prevent the majority party and its president from confronting the issues they were elected by the majority to confront. Again, back to Biden and his legislative allies, this time to demand an end to the filibuster to move critical legislation forward. There is no choice.

Although much attention has been focused on the social safety net, climate legislation and infrastructure funding, critical voting rights legislation must now be moved front and center. Any talk of seizing the moment based on today’s majority will be rendered meaningless if today’s majority cannot vote in tomorrow’s elections.

The vilest forces on America’s political landscape are now laser focused on control of the right to vote at all levels of government and then using that control to ensure electoral outcomes that reflect a narrow right-wing and racist agenda. If successful, this path will enshrine economic, racial and social inequality for generations to come. That pernicious work is well underway and advancing with success.

In this context, I am hardly the first person to suggest that a democracy that properly encourages a minority voice in its political discourse ceases to be a democracy when that minority is permitted to rule with no corresponding responsibility to govern. This, unfortunately, is the state of play in today’s Congress. It can only change if President Biden and his allies call us to the streets and we respond in numbers unseen before in this nation.