Amy Walter, writing for the Cook Political Report, has asked an important question in the title of her article: “Will Coronavirus Shake Up the Political Stasis?” She looks specifically at what the idea of stasis or change means for US President Donald Trump.

In the midst of a crisis that is causing the global economy to tremble, as if subject to an unending series of earthquakes and aftershocks, while also further undermining the public’s already waning trust in our institutions and political systems, Joe Biden, the presumptive Democratic candidate in the US presidential election, has just answered Walter’s question. Holding forth on his eventual choice of a vice president, Biden tells us that if he wins the presidency, the answer will be a resounding: no! Biden has his mind fixed on the one thing that matters: stasis.

Reuters reports that after consulting former President Barack Obama, Biden, who had already promised in public that his vice president would be a woman, “emphasized that the woman would have to agree with his fundamental view on policies, including healthcare, education and the need for expansive U.S. influence in the world.”

The political philosophy of the Democratic Party establishment in the United States, an institution that continues to believe that, after the chaos of any Republican presidency, Americans always want nothing more than to return to the state of affairs that existed during the preceding Democratic administration.

At least for the past four years, the two-party system in the US has been undergoing a prolonged identity crisis. Republicans are theoretically divided into two groups: Trump loyalists and never-Trumpers. But so long as Trump holds onto power, even the never Trumpers will obediently line up behind the president because for any politician, power clearly always has more gravitational force than principles.

Many observers of the Democratic Party have remarked that because of a deep divergence between the establishment and the progressive wing, the party would have more coherence if it were logically split in two. It even looked as if that might happen on several occasions in the past four years following a multi-pronged challenge by Bernie Sanders, Elizabeth Warren, Alexandria Ocasio-Cortez, Tulsi Gabbard and others.

If the party were to split, The Daily Devil’s Dictionary is making the bold suggestion that the two sides adopt new labels that would both differentiate their visions and, nevertheless, remind voters of their historic connection through the party of Woodrow Wilson, Franklin D. Roosevelt, Harry Truman and John F. Kennedy. One side could be called the “Demostatic Party,” which would correspond to the current party establishment. The other side might assume the name of the “Dynocratic Party,” the progressive wing. Stasis vs. dynamism. They could go their separate ways but on occasion choose to group together for the sake of exercising power on any occasions that emerge for dislodging the perpetually ruling Republicans and seizing power through elections.

Even in the midst of the challenge to humanity that the coronavirus pandemic represents, Biden proved once again his commitment to stasis when he announced that he had boldly decided to consult Obama about the vice-presidential choice. This is consistent with his basic campaign message that boils down to: When shopping for a president, go for a brand you can trust: Biden, powered by Obama.

Biden, who was vice president under the Obama administration, also revealed that there are three policy areas that he will focus on and for which he will require obedience from his future VP: “healthcare, education and the need for expansive U.S. influence in the world.” Demostats have already felt reassured and Dynocrats appalled by Biden’s promise to veto any version of “Medicare for All” that might arrive on his Oval Office desk.

On the issue of free education raised during the presidential primary campaign by the Dynocrats, Biden seems now to approve the principle but wants at all costs to make sure it isn’t free for everyone. This is a concession to both Demostats and Dynocrats, but also a source of worry to both. The Demostats fear its cost. The Dynocrats oppose the bureaucracy and potential injustice of means testing. As for “expansive U.S. influence in the world,” to Dynocrats, this “influence” clearly means more imperial blustering, war and punishing sanctions, though no doubt dressed up with the diplomatic decorum cultivated by Obama.

In the 2008 Democratic primaries, the Demostats logically ran Hillary Clinton and expected her to beat an insurgent, young black champion promoting a slogan of hope and change. Barack Obama, basically because he was black, found a way of presenting himself as the first credible Dynocrat, defined by his commitment to change. His campaign mobilized not just young people and minorities, but also a large proportion of suburban white Democratic voters who were looking for the cleanest break possible with the Bush administration.

Clinton and the Demostats, instead of promising change, proposed a return to the Bill Clinton presidency, perceived as a time of peace, but in which the seeds of George W. Bush’s wars in the Middle East were sown. The Clinton years, following the collapse of the Soviet Union in 1991, seemed peaceful and prosperous, thanks to the absence of any direct military threat to the US. Clinton did, however, actively engage in the Balkans conflict of the 1990s and spent eight years brutally punishing Iraq as a prelude to Bush’s decision in 2003 to invade the country.

The visible difference, in terms of voting records, between Hillary Clinton — perceived as the quintessential Demostat — and Obama as an emerging Dynocrat was that Hillary had supported Bush’s wars, whereas Obama had opposed the invasion of Iraq. The cultural difference between them was more contrasted. Obama was projected as a disruptive challenger of the establishment with an antimilitaristic attitude, promising to lead a movement of massive reform that would include specific items, such as protecting whistleblowers and closing the Guantanamo Bay detention camp in Cuba. The fact that he was black meant, for most observers, that he would be committed to dismantling the racist culture that still thrived in the US decades after the civil rights movement.

Eight years of President Obama demonstrated that even an insurgent, racially diverse reformer with a clearly Dynocratic profile could morph easily into a Demostat. Some future biographer may offer a credible explanation to the effect that because Obama was the first black US president, he felt he had to prove to the oligarchy he was challenging that he was capable of understanding their rules and would transform the system without provoking a revolution. He would do things as gradually as possible to reassure and convince them to accompany him on his mission. But making the decision to slow down and do things gradually, when pushed too far, can transform dynamism into stasis. Whatever may have been going on in Obama’s own mind, his image effectively changed from a Dynocrat to a Demostat.

This transformation became visible quickly. Even the Swedish Nobel committee believed Obama was committed to pulling back from Bush’s aggressive military policy and ushering in a new era of predominantly peaceful international relations. In the precipitation of their own hope for change, the committee immediately honored Obama with the Nobel Peace prize in 2009. Many of those who elected him in the US in 2008 could only gasp at the contents of his Nobel acceptance speech, in which, referring to the moral positions of Mahatma Gandhi and Martin Luther King, he proclaimed: “I cannot be guided by their examples alone. I face the world as it is, and cannot stand idle in the face of threats to the American people. … To say that force is sometimes necessary is not a call to cynicism — it is a recognition of history… The service and sacrifice of our men and women in uniform has promoted peace and prosperity.”

Obama then invoked the “great principle” that guides all who believe in the reign of stasis: “We have done so out of enlightened self-interest.” As a Demostat, he probably believed that to be the principle that guided him when he set about prosecuting well-meaning whistleblowers under the Espionage Act on an unprecedented scale.

Undoubtedly, Obama understood that whistleblowers are people who made the mistake of being enlightened while lacking an adequate sense of self-interest. They disturb the stasis by neglecting the principle — far more sacred than enlightenment — of self-interest. The Demostatic, persistent punishment of their sin against stasis contrasts paradoxically with Obama’s empathetic statement in the Nobel acceptance speech when he affirmed that “there are the men and women around the world who have been jailed and beaten in the pursuit of justice.” As Lewis Carroll’s Walrus said to the oysters he had invited to dinner, “I weep for you… I deeply sympathize” while selecting and devouring “Those of the largest size.”

Biden might be tempted to think about this: that the jailing and torture of men and women Obama mentioned is a practice directly associated in recent history with Biden’s own stated ideal of “expansive U.S. influence in the world.” Despite promises to the contrary — as Kenneth Roth, the executive director of Human Rights Watch wrote in January 2017 — Obama continued and even intensified acts of war, tolerated torture and shielded Bush-era war criminals from prosecution, possibly as a precedent to shield his own administration from similar accusations in the future.

That logic of, I’ll shield you so that you may shield me is precisely the kind of self-interested reasoning that defines political stasis.

Alternate Reality Is All the Rage in Election Time America 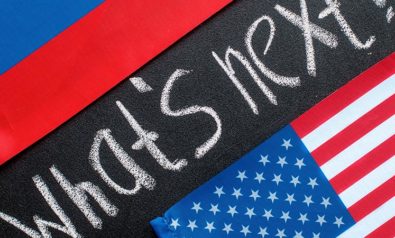 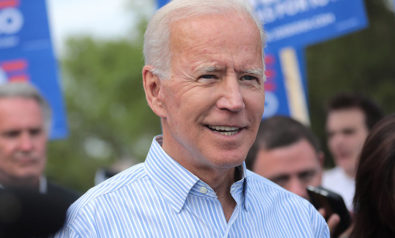 Joe Biden and the Fragile Realm of Possibilities