The hardest part of publishing articles in the news is drafting the story’s headline. Headlines serve two essential purposes: to give a general idea of the subject that the article exposes and to trigger the reader’s curiosity or interest. Because the headline must be pithy, the second objective includes a serious risk of misrepresentation. A headline can plant in the reader’s head an idea that may be inconsistent or even contradictory with the content of the article. This increases the risk that it will influence or seriously distort the reader’s interpretation of the issue treated in the article.

In the past few days, US media have offered an excellent example of this phenomenon, this time with possible real consequences. Fox News, USA Today, CNBC and most other outlets began a story with a headline along the lines of, “Iran’s Supreme Leader Ayatollah Ali Khamenei Calls Trump a ‘Clown.’” Often, the stories didn’t bother to cite the original formulation of the Iranian leader’s remark.

The US Will Never Leave the Middle East

The Associated Press stood apart when it introduced its article with this headline: “Iran’s Top Leader Strikes Defiant Tone Amid Month of Turmoil.” AP went on to accurately state that “Iran’s supreme leader lashed out at Western countries as he led Friday prayers in Tehran for the first time in eight years, dismissing ‘American clowns’ who he said pretend to support the Iranian nation but want to stick their ‘poisoned dagger’ into its back.” NPR was also an outsider, hewing to the verbatim truth when it offered this headline to its story: “Iran‘s Ayatollah Slams ‘American Clowns’ In Rare Friday Prayers Sermon.”

As the video of his speech attests, at no point did Ali Khamenei call President Donald Trump a clown. He referred to the entire group of decision-makers in Washington who claim to act in the interests of Iranians as clowns. No one would be surprised to discover that Trump reacted to a Fox News headline as if it was a personal attack requiring a personal response.

A skilled comic entertainer, a master of the art of provoking strong emotions, whose ability to make people laugh and cry is only equaled by rare politicians capable of confounding their unbridled imaginations with geopolitical reality and of constructing the most absurd hyperreality as a substitute for human reality

In a parallel development highlighting Trump’s hypersensitivity to what people say about him, the president explained that his true motive for eliminating Iranian General Qassem Soleimani on January 3 had little to do with the famous “imminent attack” that Soleimani was assumed to be preparing and everything to do with insulting language that merited capital punishment. Soleimani hadn’t been sufficiently “careful with his words.”

Various news agencies reported Trump’s explanation: “In his speech — held inside the gilded ballroom on his Mar-a-Lago property — he claimed that Soleimani was ‘saying bad things about our country’ before the strike, which led to his decision to authorize his killing. ‘How much of this shit do we have to listen to? How much are we going to listen to?’”

This may leave us wondering whether Trump has ever had the opportunity to see the Marx Brothers’ parody of nationalistic and narcissistic warmongering in the 1933 film, “Duck Soup.” Trump bizarrely seems to have memorized the script. In the movie, Groucho plays the president of Freedonia, whom the richest woman imposed as the nation’s leader. Groucho brings Freedonia to the brink of war when he provokes the ambassador of a neighboring country, also interested in courting the rich woman, calls the hypersensitive Groucho an “upstart.”

In a later scene, the two men meet to attempt to reconcile their differences, but Groucho’s narcissism ensures that it won’t happen and that the next step will be war, as revealed here. Groucho then rises and slaps the ambassador across the cheek. War is declared. But moments later, when one character asks Groucho if he “did the right thing,” he replies: “Of course. Whoever heard of calling off a war after ordering all the ammunition?”

The Marx Brothers apparently anticipated the logic of 21st-century geopolitics in which two dominant forces within a powerful nation combine to neutralize the reality of democracy. The first of those forces is a government that imposes decisions consistent with the requirements of a military-industrial complex focused on stockpiling ammunition. The second is the selection of leaders who facilitate that subversion of democracy through their display of egoism and narcissism, permitting them to masquerade their deep complicity with a militaristic system.

The use of a provocative headline to orientate the reader’s opinion and emotion before they have begun reading an article has existed since the dawn of journalism. Misleading headlines fall into two categories: inept and politically cunning. There are many comic examples of the former, such as “Homicide Victims Rarely Talk to Police,” “Marijuana Issue Sent to a Joint Committee” or “Diana Was Still Alive Hours Before She Died.”

The cunning ones are routinely practiced by news outlets that want their audience to believe what fits with their agenda but which they are unable to substantiate. A notorious recent example was the headline in the British tabloid The Sun, stating: “Queen Backs Brexit.”

A more recent but more complex example would be CNN’s claim last week that “Bernie Sanders Told Elizabeth Warren in Private 2018 Meeting That a Woman Can’t Win, Sources Say.” CNN saved itself from outright dishonesty by adding “sources say.” But the idea of sources implies direct witnesses. In this case, instead of being witnesses, the four sources cited were people apparently connected with the Warren campaign who simply repeated what Senator Elizabeth Warren alone claimed was true, without admitting the slightest nuance.

This would appear to be to be a case of the news outlet (CNN) promoting a specific political agenda. CNN was clearly either seeking to promote Warren or to undermine Senator Bernie Sanders, or both. That devious intent was borne out in the consistently biased questions its moderators asked during the Democratic presidential primary debate on January 14.

In a 2014 article on the subject of misleading headlines, Eric Jaffe writing on the Fast Company website cited this headline from CNN’s website: “Ebola in the Air? A Nightmare That Could Happen.” Jaffe explains the utter contradiction revealed by the article: “The headline suggested that the Ebola virus, which only spreads through contact with bodily fluids, might mutate enough to be transmitted through a cough or a sneeze. But medical experts in the actual article disregarded the idea that Ebola would change its mode of transmission, calling it speculation ‘unsubstantiated by any evidence.’”

Headline abuse can interfere with democratic decision-making. When Ali Khamenei characterized the US political establishment as “clowns,” he appeared to be referring to little more than what he considers the phoniness of their discourse, as public performers acting out a comically hypocritical role. They claim to empathize with the Iranian people while conducting acts that degrade their way of life. He deems them clownish because they are ineffective, prone to error. For all of Donald Trump and Mike Pompeo’s strutting and fretting on the stage, they have accomplished none of their objectives with Iran.

Calling members of the Trump administration clowns is insulting, but it isn’t personal. The fact that President Trump took it as personal criticism should surprise no one. He isn’t a skilled enough clown to understand that most subtle of comic gifts: irony. Irony relies on understanding the issue being discussed from at least two contrasting perspectives. That’s something that can rarely be achieved in the formulation of a headline or a slogan — Trump’s preferred forms of expression and reflection.

Finally, something should be said In defense of the US news outlets who were ready to believe Khamenei’s diatribe about clowns was only about Trump. They can be forgiven for assuming that when anyone — including Iran’s supreme leader — mentions a clown in Washington, they must be thinking about Trump. The Donald is, after all, the one person who routinely acts like a clown in public, as among so many others this recent video reveals.

It may also be true, however, that US corporate media prefer to deviate criticism directed at the state as a whole toward Trump, whom they prefer to identify as the lone bad apple who, once eliminated, will permit the system to get back to normal. The Marx Brothers may have been closer to the mark when they satirized not the character played by Groucho, but the state that invited him to play the role of an irresponsible leader. 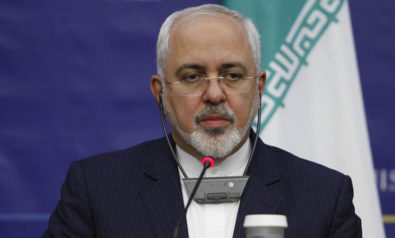 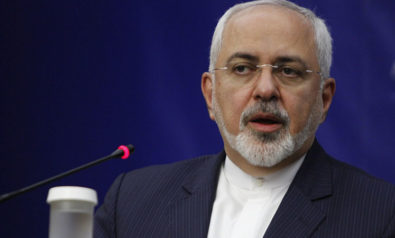 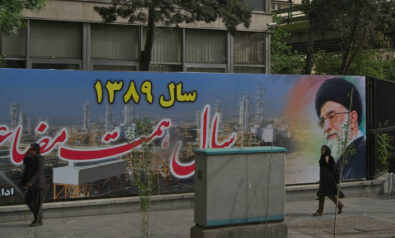