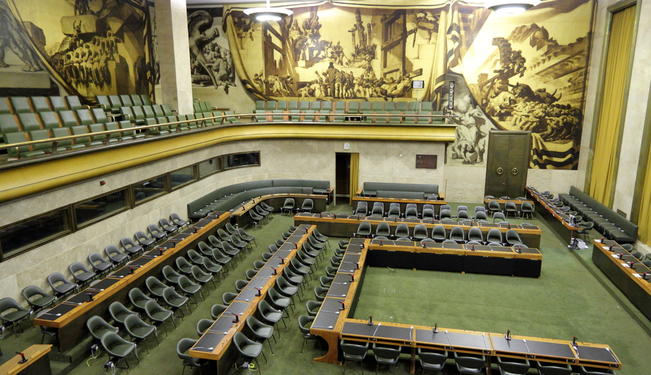 The Iran deal could rewrite the political map of the Middle East.

If all goes well, the preliminary agreement between Iran and the five permanent members of the UN Security Council – the United States, Britain, China, France and Russia – plus Germany, would ensure the peaceful nature of Iran’s nuclear program and ultimately reintegrate it into the international community. In doing so, it would not only remove the threat of a debilitating war with Iran and prevent a nuclear arms race in the Middle East and North Africa, but also return the Islamic Republic to the center stage of the region’s geopolitics.

It would force regional powers such as Israel and Saudi Arabia to focus on their most immediate issues rather than use the Iranian threat as a distraction, while offering the US an opportunity to revert to its stated policy of pivoting from Europe and the Middle East to Asia.

To be sure, a resolution of the Iranian nuclear issue is not a panacea for the vast array of social, political, economic, ethnic, national and sectarian problems in the Middle East and North Africa. Political and social unrest, boiling popular discontent with discredited regimes and identity politics are likely to dominate developments in the region for years to come.

Nonetheless, Iran’s return to the international community is likely to provide the incentive for it to constructively contribute to ending the bitter civil war in Syria, breaking the stalemate in fragile Lebanon where the Shiite militia Hezbollah plays a dominant role, and furthering efforts to achieve peace between Israelis and Palestinians. That would also take some of the sting out of the region’s dangerous slide into sectarian Sunni-Shiite conflict.

All of that would reduce the number of fires in the Middle East and North Africa that the Obama administration has been seeking to control, and that have prevented it from following through on its intended refocus on Asia.

A resolution of the nuclear issue offers Iran far more than the ultimate lifting of crippling international sanctions. Iran has over the last decade been able to effectively counter US policy in the Middle East and North Africa through its support of Hezbollah, which is the single most powerful grouping in Lebanon; Hamas, the Islamist Palestinian faction in Gaza; its aid to the embattled regime of Syrian President Bashar al-Assad; backing of restive Shiite minorities in the oil-rich Gulf states and Iraq; and ensuring that the government of Iraqi Prime Minister Nuri al-Maliki looks as much toward Tehran as it does to Washington.

Iran’s incentive to become more cooperative is the fact that resolution of the nuclear issue would involve acknowledgement of the Islamic Republic as a legitimate regional power, one of seven regional players — alongside Turkey, Egypt, Iraq, Saudi Arabia, Israel and Pakistan — that have the ability or economic, military, and technological strength to project power. It would also allow Iran to capitalize on geostrategic gains it has made, despite its international isolation.

Iran is likely to be further motivated by an easing and ultimate lifting of the sanctions that will allow it to address boiling domestic social and economic discontent. President Hassan Rouhani’s election earlier this year has, for now, replaced that powder keg with high expectations that his more moderate policies would ease the heavy economic price Iran was paying for its nuclear program.

This is despite many Iranians feeling disappointed that Iran will reap only $7 billion in benefits from the freshly concluded agreement in the coming six months. The $7 billion, however, serves as an incentive for Iran to come to a comprehensive and final agreement on its nuclear program.

From Spoiler to a Constructive Player

What worries opponents of the nuclear deal like Israel and Saudi Arabia most is the potential transformation of Iran from a game spoiler into a constructive player. The nuclear deal removes the Islamic Republic as the foremost perceived threat to the national security of Israel and Saudi Arabia. For Israel, this risks peace with the Palestinians reclaiming its position at the top of the agenda, making it more difficult for the Israelis to evade the painful steps needed to end a conflict that is nearing its centennial anniversary.

For Saudi Arabia, it complicates its efforts to fuel regional sectarianism, deflect calls for equitable treatment of its Shiite minority as well as for greater transparency and accountability, and establish itself as the region’s unrivaled leader.

Nowhere is that likely to be more evident than in Iranian policy towards Syria. Contrary to perception and what Saudi Arabia and its allies would like the world to believe, Iranian-Syrian relations are not based on sectarian affinity but on common interests stemming from international isolation. That reality changes as Iran rejoins the international community.

For the US, a deal means evading — at least for now — the threat of another Middle East war with potentially catastrophic consequences and enlisting Iran in addressing the region’s problems. That creates space for it to focus on long-term goals in Asia.

However, in removing Iran as a regional lightning rod, the US is likely to be forced to clearly define a Middle East policy that balances short-term national security with the reality of years of regional volatility and unrest to come, which could redraw some national borders and is likely to involve messy political and social transitions, following the toppling in recent years of autocrats in Egypt, Tunisia, Libya and Yemen and the civil war in Syria.