Rare are the moments when enormously complex situations lend themselves to unambiguous yes or no answers. This is one of them.

A full-page ad in this week’s The Washington Post portrayed US President Barack Obama as history’s favorite whipping boy: Neville Chamberlain. It was wrong in nearly every one of its many strident particulars.

But on one thing it was right: The current choice posed by the pending agreement with Iran couldn’t be clearer.

Rare are the moments in foreign policy when enormously complex situations lend themselves to unambiguous yes or no answers. The ad, sponsored by the anodyne-sounding World Values Network, is an expensive effort to persuade readers to say no to an agreement with Iran.

For those of us in the United States who believe that principled diplomatic engagement with Iran is the path to peace and stability in the Middle East — a majority of the population, according to polls, but not necessarily a majority of Congress — the answer is an unambiguous yes. If negotiators agree on the details of a preliminary agreement, then this deal will be a historic step forward.

After all, this is more than just a nuclear agreement. It’s more than just a way to usher Iran back into the international community. It’s more even than a foundation stone for regional peace and stability (an aspiration that seems to become ever more elusive each day).

“We won’t buy the same horse twice,” opponents of negotiations with North Korea would often say when facing the prospect of Pyongyang offering once again to freeze its nuclear program in exchange for some package deal. When it comes to the Middle East, the horseshoe is on the other foot. We bought the warhorse once already with the disastrous campaign in Iraq. 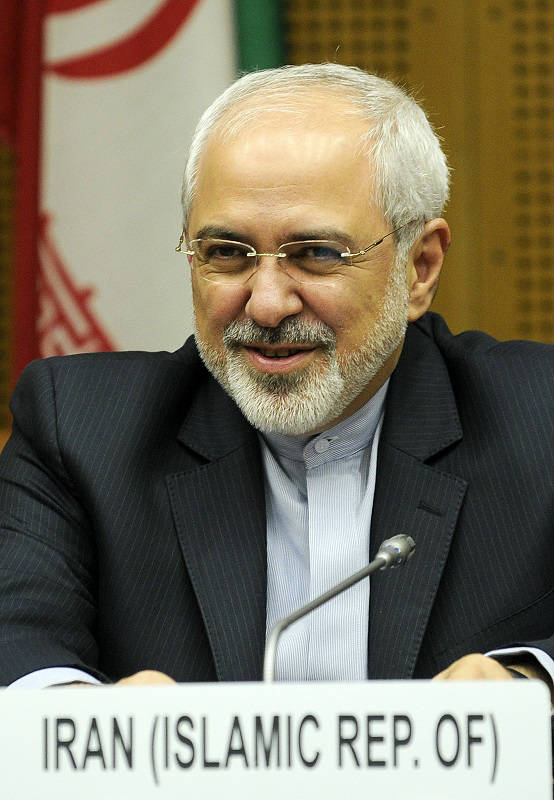 And that’s exactly what the opponents of the Iran deal are offering again by portraying Iran as Nazi Germany and any Western leader that shrinks from attacking this evil entity as a latter-day Chamberlain figure. It’s the argument of the full-page ad, recent op-eds by John Bolton in The New York Times and Joshua Muravchik in The Washington Post, the current Israeli government, a range of well-funded organizations in the United States and a large number of congressional representatives that follow their lead.

Fortunately, virtually the whole world is against them.

The Devil and the Details

The news out of Switzerland is that the negotiations between the P5+1 (the UN Security Council members plus Germany) and Iran have been extended by one day to reach a compromise. This would not be the final agreement. At best, it would be the outline of a framework agreement. Further negotiations would fill in the details before all sides would sign a final agreement by June 30.

According to news accounts, disagreements remain over what Iran will retain under the terms of the deal. And some of these details may not be worked out in full until June. Two of the major sticking points have to do with centrifuges and stockpiles.

To enrich uranium, Iran constructed approximately 18,000 centrifuges. Iranian negotiators have argued that they need to retain a part of this complex for research and development, to generate medical isotopes and so on. The original US position was that Iran should get rid of them all. The compromise position has been 6,000 centrifuges, down from an estimated 10,000 that are currently in operation.

Bomb-grade uranium requires enrichment to at least 90%. Iran had managed to accumulate a stockpile of enriched uranium in the 20% range. The agreement will probably set a ceiling on enrichment in the range of 5%.

Iran also initially indicated it was willing to reduce its 17,000 pounds of material and relocate some of it outside the country, most likely to Russia. The stockpile could then be converted into fuel for a civilian nuclear energy program and shipped back to Iran for that purpose. The two sides haven’t yet worked out an agreement on this issue.

There has been much talk about “break-out” time. This is the time it would take for Iran to acquire enough highly enriched uranium to make one bomb.

Negotiators have been talking about a one-year period for “break-out.” This figure is misleading, however. It doesn’t take into account weaponizing, testing and miniaturizing for the purposes of constructing a warhead for a missile. In reality, any freeze on Iranian nuclear capabilities would extend by several years the date by which Iran could have a hypothetical nuclear weapon and the means to deliver it, if it chose to pursue one.

Moreover, it appears that Iran is now willing to consider an agreement for 15 years, a compromise from its initial position of only five years.

Another sticking point is what Iran gets for its willingness to freeze and roll back its program. Tehran wants oil and financial sanctions lifted immediately. The United States favors phasing sanctions out and maintaining a “snap back” option so that sanctions go back into force if Iran is found to be out of compliance.

Opponents of a deal have emphasized that Iran is an untrustworthy actor: the devil who speaks sweet words but plans bitter actions. Iran, they argue, has concealed its nuclear program in the past. It has not come clean with the International Atomic Energy Agency (IAEA). It has not abided by previous agreements. 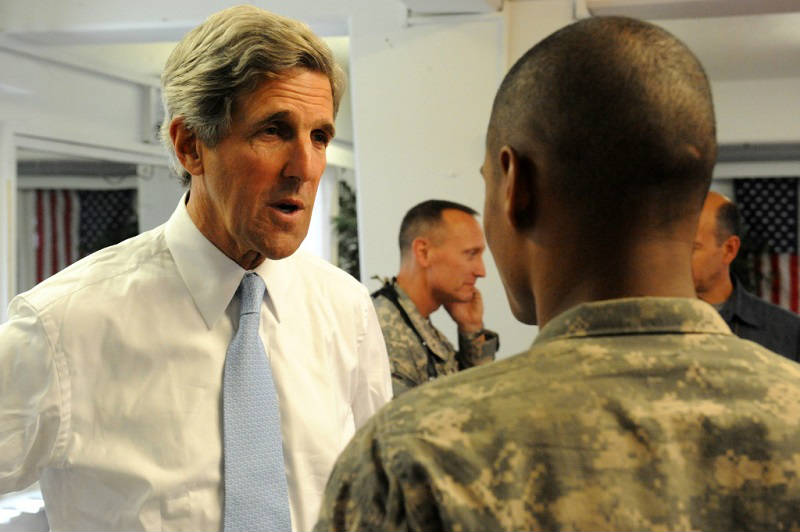 Iran has indeed concealed its program in the past. Just as other countries have done, like Israel for example, which still refuses to confirm its nuclear status. But it’s critical to point out as well that, according to US intelligence estimates in 2007, Iran abandoned its plan to pursue a nuclear weapon in 2003, and no evidence has emerged since then to suggest otherwise. However, Iran has continued with its nuclear program for purposes permitted under the Nuclear Non-Proliferation Treaty (NPT).

The current deal is being pursued not because the world trusts Iran on these issues, but because it doesn’t trust Iran.

Any nuclear deal will increase the level of scrutiny, inspections and verification protocols. As for Iran’s compliance with agreements in the past, it has abided by the 2013 interim agreement. As former National Security Council staffer Gary Sick points out, Iran also held to the Algiers Accord that ended the 1979 hostage standoff. Only through additional engagement with the IAEA will we obtain more information about the questions that remain unanswered about Iran’s nuclear program in the past.

Which brings us back to that full-page ad. It would be sensible to ignore such a screed if its arguments were not so commonplace in the public discourse, particularly among members of Congress.

The organization behind the ad, the World Values Network, is an initiative of Orthodox Rabbi Shmuley Boteach, who has received funding from hard-line neo-con billionaire Sheldon Adelson. It’s been pushing the “Iran is Nazi” meme for some time, and Israeli Prime Minister Binyamin Netanyahu echoed this theme in his address to Congress earlier this year, where both Adelson and Boteach applauded from the front of the House gallery.

But if the Iranian government were so intent on exterminating the world’s Jews, which the ad maintains, it would probably have started already with the 10,000 or so Jews who live in Iran, the largest community in the Middle East outside of Israel. But the Jewish community in Iran is not under threat of death. Although the community does experience some discrimination, it also practices its religion freely.

The ad goes on to make four demands.

The first three involve adding elements to a nuclear agreement that have nothing to do with nuclear issues: end threats against Israel, stop terrorism, cease stoning of women and hanging of gays. I’d like to see progress on those issues, but in this context they are non-starters, designed simply to push negotiations off the rails. If an agreement on the nuclear question can be reached, then the United States and other countries can start to raise these issues and others, either as part of another set of negotiations or normalization talks.

The fourth demand, to reject a deal that involves a “potentially catastrophic one-year-weapons-breakout period,” is at least germane to the nuclear talks. But it too is a non-starter. The bottom line is that if Iran wants to pursue a nuclear weapons program, it will do so, just as Israel did, out of perceived national interest. If we stop negotiations — or pursue the chimera of a “better deal” — Iran will have the option of pushing for breakout as soon as it can.

What’s potentially catastrophic, in other words, is not to bring Iran into the web of verification protocols.

Iran has influence throughout the Middle East. But it does not control five Middle Eastern capitals. This has been a popular right-wing meme, which Tom Cotton repeated when he appeared on Face the Nation and ticked off Tehran, Beirut, Baghdad, Damascus and Sana’a. Iran certainly has influence in these places, but that does not amount to control. Given its close relationship with Saudi Arabia and other Gulf States, not to mention Egypt and Turkey, the United States could use the nuclear negotiations with Iran as a first step toward bridging the divide between Shiites and Sunnis in the region.

No one expects that any agreement will trigger an immediate transformation inside Iran — no more than the arms control agreements with the Soviet Union in the 1970s turned that country into a Scandinavian paradise, though a nuclear agreement will definitely strengthen the hands of reformers inside Iran. As in the 1970s, the stakes are high and the choice is clear.

We either talk ourselves away from the precipice, or we plunge headlong over it. 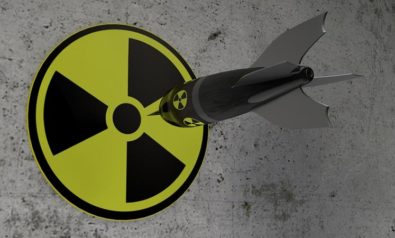 The Future of the Iran Nuclear Deal 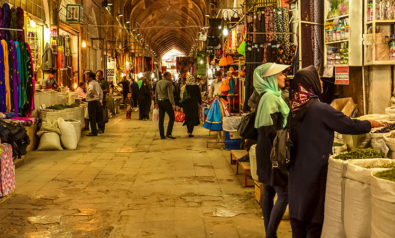 What a Serial Traveler Thinks of Iran 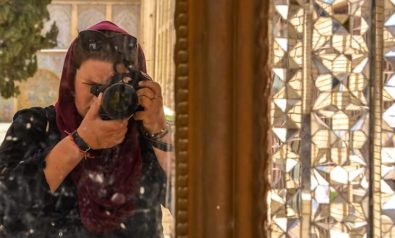 Iran Through the Eyes of a Traveler

One Reply to “Iran: Deal or No Deal?”