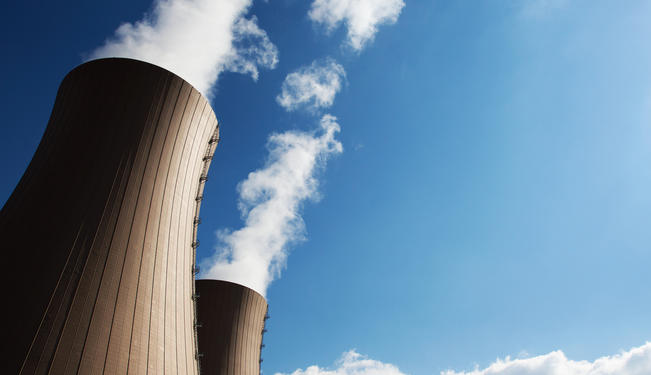 The US and Russia have a large stake in India’s nuclear energy pie.

Presuming this to be "success," American companies are now pushing their projects in India, looking to finalize a commercial agreement between the Nuclear Power Corporation of India (NPCIL) and Westinghouse for the 6000 MW Mithivirdi nuclear reactor in Gujarat. Another US project — 10,000 MW Kovvada (General Electric) in Andhra Pradesh — is also on the pipeline. However, it is currently at a very preliminary stage. Pushing forward this agenda, US Secretary of State John Kerry and Vice President Joe Biden recently visited India in quick succession.

As a follow-up, two influential US senators (co-chairs of the Senate India Caucus, Mark Warner and John Cornyn) have written to Kerry lamenting that even eight years after announcing the landmark Indo-US civil nuclear agreement, which lifted the US moratorium on nuclear trade with India, New Delhi is yet to provide a "workable" nuclear liability architecture that will help companies to move forward. In the letter, they have demanded: "We need to finish what we started and realise full commercial potential of this important agreement."

Currently, Americans and Russians seem to be teaming up to pressurize India – this was evident when ambassadors from both countries came together in Delhi on August 23. Each country had their entire nuclear top-brass in attendance for the conference, Nuclear Energy: Towards the Next Phase of Cooperation. India’s nuclear energy programme is under severe stress; this high-octane lobbying is occurring due to strong public protests and serious doubts over its economic viability and ecological desirability.

In today’s context, very high capital costs make nuclear energy ab initio unviable. Russian KKNPP units 3 and 4 are estimated to cost a whopping Rs 40,000 crore or Rs 20 crore a MW. This is 2.5 to 3 times higher than coal, wind, or solar power plants. If the past is any indication, the cost could rise even further.

The initial estimate of KKNPP units 1 and 2 was Rs 13,171 crore, then went on to Rs 17, 270 crore in 2012, and is now reportedly even higher.  KKNPP power, as per NPCIL, would cost close to Rs 3 a unit. However, it is unclear how this tariff came about. Most likely, it can be attributed to the fact that this project has a unique financial model, with a $2.55 billion soft loan on easy repayment schedule. Otherwise, the capital cost alone could double the unit cost of power.

Other projects may not have this luxury. Cost estimates from the American Westinghouse AP 1000 reactors claimed the "safest, most advanced," is not known. However true, it cannot be less than that of the 1,650 MW French-Areva reactor capital, the cost of which is presently estimated at Rs 24-25 crores per MW (some sources indicate Rs 32-34 crores). Cost of operation, future decommissioning and safe "spent-fuel" storage would make unit cost prohibitive. If the transparent "competitive bid" route is adopted for producing and pricing power as per Electricity Act and National Power Policy, none of the nuclear power plants will likely qualify.

As per extant regulatory requirements, if power utilities resort to merit-order purchase, there may be no takers for nuclear energy. Ecologically, the impact could be chilling. The Indo-US nuclear deal was originally meant to increase nuclear power capacity to 63,000 MW by 2032, from the present 4860 MW — which itself was utopian and impractical. However, the triumphant signing of the deal sent the nuclear establishment into a tailspin, and they are now targeting 275,000 MW capacity by 2050.

If located on canals/rivers, these plants have the potential to guzzle huge amounts of water for cooling and maintenance — at the expense of millions of acres of irrigation. A 1000 MW nuclear plant will directly deprive around 40,000 acres of irrigation. Over 3 billion litres of hot-cum-waste water will be let back in to the canal, rendering many more thousands of acres uncultivable and denying a vast population much drinking water.

On the coastline, it would result in a 6,000 MW nuclear complex every 100 KM, with each 1000 MW plant discharging the same quantum of hot-cum-waste water into the sea – thus, severely damaging marine life and the environment.

In a populous and water-starved country, this is inviting catastrophic disaster. Farms and fields could become barren, grain production could plunge, millions could go thirsty, coastlines could vanish and marine life could perish – only for nuclear plants to generate gigawatts of power for developmental reasons.

In the event, American hopes to build on the successes at KKNPP appear to be far-fetched. There are several negative factors that afflict nuclear energy, as listed in the Annual Energy Outlook of the US Department of Energy: "Long lead time of 10/15 years for planning and construction; process to produce the fuel being the same as in fissile material for bombs; large amounts of fossil fuels used in mining/processing the uranium fuel; radiation release, either from the reactors or from the waste; accidents, though few but with serious consequences; decommissioning at end of useful life [is] very difficult and very expensive[,] and long-term disposal of nuclear waste [is] continuing to be a major issue." Further, nuclear power plants are often tempting targets for terrorist and enemy attack.

The Writing on the Wall

Despite these realities, the myth of nuclear power thrives. This is largely due to the warped and disclosed institutional structure of India’s nuclear establishment, which functions under a veil of secrecy. The Atomic Energy Regulatory Board, formed in 1983 to overlook matters of safety in the sector, is not an independent body. However, they report to the Department of Atomic Energy, which is part of PMO that has heavily invested interest in the nuclear sector. A recent CAG audit report castigates AERB for doing nothing except prescribing codes, guides and safety manuals. As a result, the safety of large-sized nuclear installations in the country is at risk.

Americans have a large stake in India’s nuclear energy pie, and it seems they want to savor it without any liability. But in its anxiety and greed, India's nuclear establishment has bitten off far more than it can chew. Pursuing the nuclear deal as a stand-alone option could do more harm than good to Indo-US relations, because India simply cannot deliver what has been promised.

Though the Russian stakes are smaller, the credibility loss, unpleasantness and bitterness caused by the KKNPP experience could hamper their progress considerably.

India’s nuclear establishment and PMO should see the writing on the wall, realize the reality and resist placing all their eggs in the nuclear basket, lest there be disaster.