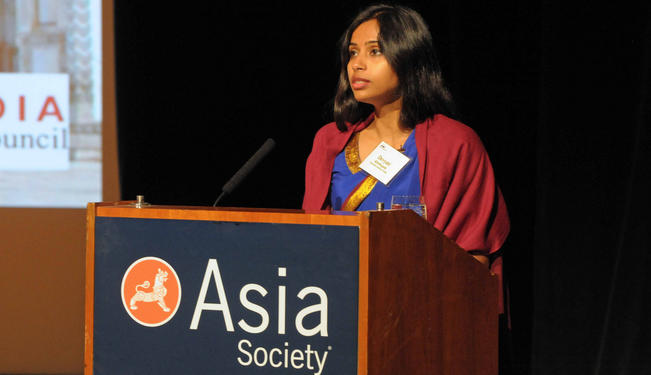 The treatment of Khobragade underscores the real problem with US foreign policy.

The US and India are engaged in a diplomatic row over the arrest and strip-search of Indian diplomat Devyani Khobragade. The deputy general consul has been charged with non-payment of the US minimum wage to her domestic maid and for incorrectly stating her maid’s wages on the visa application.

Khobragade was regrettably strip-searched, cavity searched, and lodged with hardened criminals and sex workers. This has caused a furor in India. The Indian prime minister, Manmohan Singh, called the incident “deplorable.” The Bharatiya Janata Party (BJP) withdrew an invitation for the US consul to attend the rally of its leader, Narendra Modi. The “regret” expressed by US Secretary of State John Kerry has failed to soothe nerves in India.

US action against Khobragade is clearly neo-imperial. Under the façade of human rights, the US behaves like a bully with other nations, arm-twisting them to fall in line with its diktats.

The illegality of Khobragade’s actions under US law was a flimsy excuse for her arrest and mistreatment. The US government failed to observe the Vienna Convention on Consular Relations (VCCR), the widely accepted international norm for treatment of consular staff.

The US has long-been cavalier with international protocol. The invasion of Iraq, drone attacks in Pakistan, and spying by the National Security Agency (NSA) on friends and foes alike has discredited the US.

The US followed Khobragade’s mistreatment with the surreptitious evacuation of the maid’s family from India. It argued that the evacuation was necessary to protect the maid’s family. This was not only an affront to India’s sovereignty, but it also demonstrated utter contempt for India’s judicial system.

This is not an isolated phenomenon. In the past, the US egregiously shielded Warren Anderson, the former chairman of Union Carbide. This company was responsible for the Bhopal gas tragedy, the largest industrial disaster in history. Anderson is still wanted in Indian courts for his role in the tragedy which killed more than 10,000 people, but the US continues to protect him.

At the heart of the matter is US exceptionalism. There cannot be one set of rules for the US and another for the rest of the world. The US has not even signed up to the International Criminal Court, which can impose charges on those who have committed crimes against humanity. By sheltering the maid, the US is acting in the same way as Russia; Washington can have no complaints about Edward Snowden.

The Story Coming Out of India

India’s response has been woefully inadequate — this is in keeping with historical precedent. Since independence in 1947, the only consistency about Indian foreign policy has been its inconsistency. Jawaharlal Nehru shunned the US and cozied up to the Chinese in a warped policy of non-alignment. When China backstabbed India in 1962, Nehru pleaded to the US for support. Later, under his daughter Indira Gandhi, India turned into a Soviet vassal. Yet while India’s leaders sang paeans to the Soviet Union, they still sent their children to study in the US. Narsimha Rao took over as prime minister when the Soviet Union was disintegrating and, under him, India finally forsook feckless non-alignment to tilt towards US.

In the post-Soviet era, India has largely deferred to the US. Under the current government, this deference has turned slavish. When it turned out that Washington was using the NSA to spy on other countries, Brazilian President Dilma Rousseff canceled her visit to the US and gave a multibillion dollar fighter jet deal to Swedish Saab instead of American Boeing. German Chancellor Angela Merkel strongly protested as well. Indian Foreign Minister Salman Khurshid, on the other hand, defended the NSA saying that it was “not actually snooping.”

Effective foreign policy requires a clarity regarding the nation’s interests. It requires focus and will. With no clarity, will or focus, Indian foreign policy is a disaster. Politicians are both uninformed and uninterested in foreign policy. Diplomats of the elite Indian Foreign Service (IFS) care more about cushy assignments in the US and Europe than serving the nation’s interests. Few care about serving in strategically important places such as Afghanistan or Egypt. It is little wonder that India has made little progress in its quest for permanent seat in the United Nations Security Council.

India’s foreign policy establishment has a reputation for lacking a backbone. India has never taken a strong stance against constant Chinese encroachment of its territory. It has failed to compel Pakistan to handover perpetrators of the 2008 Mumbai terrorist attacks. Pakistan has recently violated a ceasefire on the Line of Control twice by shelling and firing upon Indian troops. Earlier, it beheaded an Indian soldier and continues to send terrorists across the border. Even the tiny Maldives arbitrarily canceled a multibillion dollar deal with GMR, an Indian company, to build and manage the Male airport.

India has rightly received its comeuppance through the Khobragade affair. For too long, India tolerated the lack of respect shown to its dignitaries. Former Indian President Abdul Kalam was frisked in New York in 2011, Ambassador Meera Shankar was "patted down" at various US airports, and other diplomats have been treated without due respect. Khobragade’s arrest and humiliation shows the depths to which the US has descended: even diplomats on duty are no longer safe. After initial chest thumping, the supine Khurshid has expressed the desire of "not wanting the close ties between the two countries to be hurt by one incident." India is about to roll over yet again.

India has long-presented a divided front to the world. This has emboldened other countries not to take India seriously. In any case, the US as the global superpower hardly needed such an invitation.

For the last few years, India’s Congress-led government has connived with its US counterpart to deny a visa to the BJP opposition leader, Modi. Modi runs Gujarat, the most market-friendly of all Indian states, and has a reputation for competence. The Indian government has been more intent on backstabbing Modi instead of pursuing national interests. The US has had no compunction feting dictators like Pervez Musharraf but it has singled out Modi for harsh treatment. The fact that India’s Supreme Court has absolved Modi of wrongdoing does not matter to the US. It has acted as judge and jury in Modi’s case, and condemned him as guilty.

This is blatant disrespect to Indian democracy and India’s judicial system. Yet the country has stayed silent. Clearly, India has no self-respect. 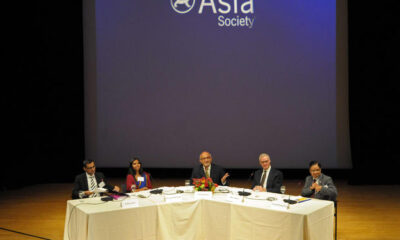 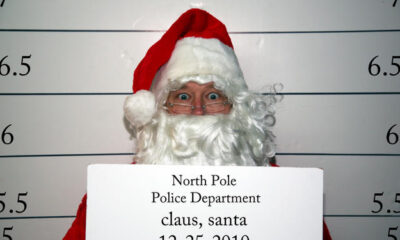 The Allegory of the Canceled Christmas