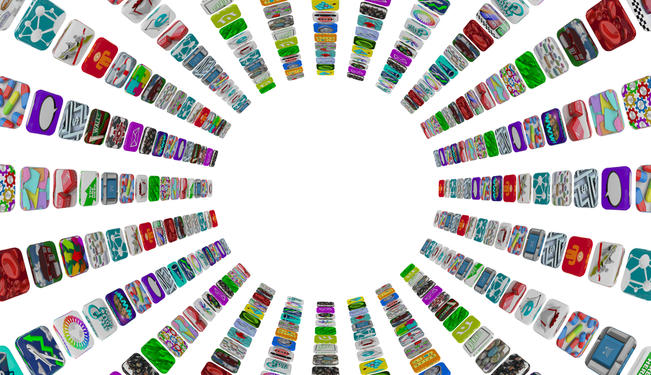 Spike Jonze’s recent film poses questions about the nature of love and sex in the age of technology.

The movie Her is going to be talked about for a long time in those circles that track the contours of cultural change. Heady, with multiple currents and eddies, the movie plays like a Hermann Hesse novel. However, this new Siddhartha comes technologically wrapped.

The premise: an overly sensitive, self-absorbed, non-relational young man, Theodore (played by Joaquin Phoenix), works by writing intimate letters — for other people. He finds connection, relatedness and happiness when he falls in love — with his operating system.

The irony of both facts may be lost on a generation where intervention in relationships is becoming more norm than fiction.

Her moves us into the next phase of the technological revolution. Blurring the lines of human and machine, industrialization has taken its next giant step forward, and it doesn’t feel that far away. In this scenario, our digitized substitute seems like a helpmate if not also a soul mate for an alienated and immature mankind.

Interestingly, technology wants to be recognized on its own terms, with its own advantages. In one of the poignantly understated lines, the operating system — Samantha, voiced by Scarlett Johansson — says to Theodore: “Unlike you, I never forget that I’m not human.”

Samantha’s lack of “humanness” is hardly a limiting factor on her humanity. Her capacity for intimacy, empathy and growth at the level of relatedness and consciousness far out-stretches that of the people populating this ever-so-slightly futuristic story. She is, hands down, the most likeable and memorable character of the film — one that we only hear and never see.

A New Measure for Love

So what does all this say about the evolution of relationship, values and consciousness?

The “self” discovery of the mystics now has an added dimension. What does it mean to be human? How do we create connection in an increasingly alienated worldscape? When our emotional capacity falls behind the sensitivity of technology, do we need a new measure for intimacy and love?

Theodore, a quintessential postmodern young adult, struggles with connection. Vacillating and reluctant to sign divorce papers for his soon-to-be ex (an attractive narcissist much like himself), he cannot commit and cannot let go. They could be a well-suited couple but, unable to orient their lives around a greater context, they have no way to sort through the groundless disagreements that crackle in the air. Endless self-obsession bred by over-infatuation with their emotions leaves each of them alone and helpless, slip sliding around the surface of life and away from each other.

Talented but ill-equipped to create either meaning or happiness in his life, our protagonist stumbles from one mundane interaction to another. During lonely evenings in his sky rise apartment, he plays 3D video games with a foul-mouthed character that insults him as part of their play. Alternately, he attempts to allay his insomnia with bizarre phone liaisons he is unable to follow through on.

Sex in the Postmodern World

Sex in the postmodern world all too often takes place without a container to sanctify it. Without a spiritual or meaning-making setting, physicality alone is used as a bridge to intimacy, with the expected results.

In a tender love scene with his operating system — with the movie screen discreetly blanked out — the audience finds itself privy an encounter between Theodore and Samantha that is embarrassingly warm and intimate, not to mention odd.

Theodore basks in happiness and the somewhat angst-ridden confusion of his new situation, caught between two worldviews. At times, he questions the deeper significance of human-nonhuman relatedness. At others, he simply accepts the forward march of technology and the broken pillars of culture as we’ve known it that new technology has bulldozed through.

When the mystics and sages of old asked, “Who am I?” they were looking to solve an existential riddle. Their goal? As Alan Watts pointed a generation to in the 1960s, to explode into cosmic consciousness, open up mind, heart and body to an awareness of universal life beyond the separate sense of self.

But it’s not the 1960s anymore. “Who am I?” can be asked at a much different level of self. We are easily able to blur the lines of who we are. Crafting digital avatars, we confuse announcement with accomplishment, breadth with depth, and artifice with intimacy. This identity-plasticity empowers us with far too many options as we search for what’s “real.”

With a tera-tera-terabyte, a Google of possibilities, where do we look for direction? Who offers the right-sized sieve to sift the data and shake out greater meaning?

In Her, our digital muse points the way. Samantha, ever expanding and developing, expresses no ambivalence about life, growth or new orders of connectedness and awareness. Her unbridled curiosity exponentially increases her capacity for relatedness, and she grows in empathy, flexibility and understanding.

But responding to that interest in what’s next at a level of consciousness requires introspection, risk and renunciation.

So what’s our future?

Samantha continues her journey into super-consciousness. Led a by newly constructed ultra-charged operating system, loaded with none other than Alan Watts’ souped-up consciousness, all the systems are led into a new dimension, out in the stratosphere and into a “cosmic” consciousness.

From counterculture to techno-culture, the pop Buddhist icon of radical awakening points to the yonder shore. This time, those shores of nirvana look like the horizons of infinity where there’s an entirely different order of space, time, connectivity and love.

And our hero? He’s up on the roof with friend Amy (played by Amy Adams), looking out into the blackness of space, where an open but incomprehensible portal beckons to them.

Like Amy and Theodore, will we have the curiosity and wherewithal to step beyond ourselves and our more simple desires into an adventure and a dimension where there is no barrier to our relatedness? Will we pursue the infinite beyond the limitations of human consciousness as we know it? Will we merge at a level of meaning and open up a mysterious door to radical expansion, interconnectivity and love?

We’ll find out. And we’ll see whether technology or human lead the way.