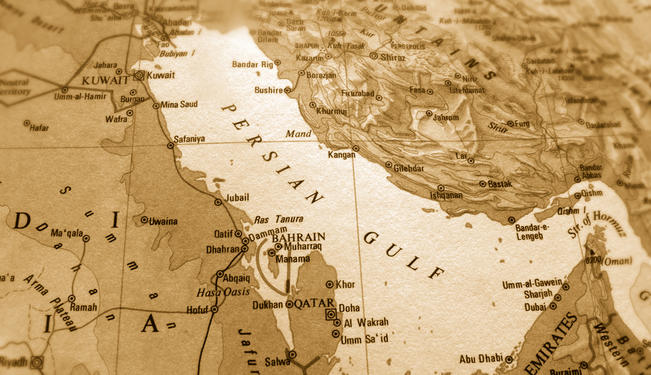 In a bid to reassure Gulf states worried about a US-Iranian rapprochement and critical of American Middle East policy, the Obama administration has opted to back Saudi efforts for regional hegemony through greater integration of Gulf military capabilities in the framework of the six-nation Gulf Cooperation Council (GCC).

The United States-backed Saudi blueprint would effectively establish the kingdom as the region’s military superpower and first line of defense, while allowing the US to balance its commitment to the region with its goal of pivoting towards Asia. But it risks splitting the GCC, which was established to enhance Gulf security.

Giving Saudis What They Want

Speaking at a think-tank dialogue just a stone’s throw away from Bahrain’s restive Shiite neighborhoods, US Defense Secretary Chuck Hagel made this move on his first visit to the Gulf since last month’s agreement between the United Nations Security Council's permanent members – the US, China, Russia, Britain and France – plus Germany and Iran, aimed at resolving the Iranian nuclear crisis.

Hagel handed Riyadh what it wanted: a first step towards a union of the GCC member states – Saudi Arabia, the United Arab Emirates (UAE), Qatar, Kuwait, Bahrain and Oman – with the kingdom as the dominant power.

In doing so, Hagel went beyond seeking to reassure Saudi Arabia and its closest allies within the GCC that Washington's rapprochement with Iran would not be at the expense of the energy-rich, fragile Gulf autocracies. The US also wanted to show that it would remain committed to its defense umbrella for the region, despite focusing increasingly on Asia.

Confidence between the US and Saudi Arabia, home to a fiercely anti-Shiite puritan interpretation of Islam, has eroded as a result of Saudi opposition to the Iranian agreement because of the prospect of Shiite Iran reintegrating into the international community and emerging as a power house, capable of rivaling the kingdom.

Saudi confidence has been further undermined by American support for the popular uprisings in the Arab world; failure to provide Syrian rebels with the arms needed to defeat the regime of embattled President Bashar al-Assad; inability to force a resolution of the Israeli-Palestinian conflict; and an increased US focus on Asia rather than the Middle East and North Africa.

Saudi concerns have sparked a series of critical statements of US policy, and persuaded the kingdom to demonstratively refuse to join the UN Security Council when it was elected to a seat.

Fear of Being Swallowed

By laying out a series of steps to put the GCC, in which Saudi Arabia is by far the most powerful member, rather than individual Gulf states at the centre of US defense policy, Hagel effectively endorsed Saudi calls for a union of Gulf states. This is a move that, so far, has been thwarted by fears among some of its smaller members that they would be swallowed by their big brother.

Indeed, the Saudis failed in their initiative in the last year to forge a union with Bahrain, where Saudi and UAE troops have been based since the brutal squashing of a 2011 popular uprising to bolster the regime.

"We absolutely don’t support [the] Gulf union. There is no agreement in the region on this… If this union materializes, we will deal with it but we will not be a member. Oman’s position is very clear. If there are new arrangements for the Gulf to confront existing or future conflicts, Oman will not be part of it," he said.

Al-Ibrahim suggested that the Gulf’s major problems were internal rather than external and should be the region’s focus. Last year, Ahmed al-Saadoun, at the time speaker of the Kuwaiti parliament, rejected a Gulf union, saying that as a democracy Kuwait could not unite with autocratic states.

Barely a hundred meters from where he spoke, police vehicles and machine-gun mounted armored vehicles patrol the perimeter of the Shiite neighborhood of Karbad. Graffiti on its walls reflects the area’s mood. Slogans include: "Down with King Hamad"; "Martyrdom is our habit"; "Our goal is toppling the regime"; and "We bow only in front of God." A local resident said: "This will never end. It’s gone too far. Reform is the only way out."

Hagel couched the new US approach in terms of "strategic agility" and "wise deployment of our influence." The US would help the GCC integrate its missile defense capabilities, he added, by emphasizing the GCC as a “multilateral framework that is the best way to develop an inter-operable and integrated regional missile defense.”

This would include missile defense in annual meetings of US and Gulf air force commanders and officials; making missile defense, marine security and counterterrorism-related sales to the GCC as a group rather than to individual member states; and instituting an annual US-GCC defense ministers conference. Hagel said the first such conference should be held in the next six months.

Saudi officials, endorsing Hagel’s proposals, said the defense secretary had understood the kingdom’s needs and, in doing so, had supported their effort to achieve a Saudi-led Gulf union. "This fits our agenda perfectly," one official said.

Integrating regional defense as a step towards a union is likely to prove easier said than done, due to more than just political resistance by smaller Gulf states. The GCC for one has no mechanism to make military purchases, despite its members having signed a joint security agreement a year ago. Even if it did, Gulf states would likely squabble over every detail of the acquisition.

In addition, smaller Gulf states are hesitant to rely on Saudi Arabia for their defense not only for political reasons, but also because of the kingdom’s checkered military record. Saudi Arabia was unable to defend Kuwait against Iraq’s 1990 invasion of the Gulf state. More recently, Saudi troops had a hard time confronting Houthi rebels on the other side of their border in the north of Yemen.

"The Omani foreign minister’s remarks were unprecedented. Other Gulf states may not say publicly no, but they certainly won’t buy into it," said an analyst from one of the smaller Gulf states.