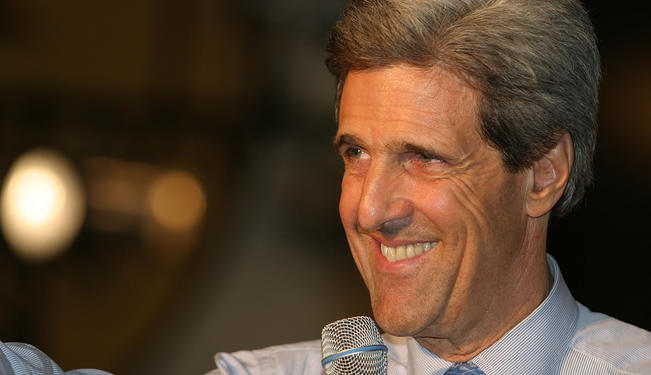 US diplomacy must engage the street in the Muslim world.

The Muslim world is one of the most rapidly expanding demographics that will command the attention of US foreign policymakers and diplomats in the foreseeable future. The challenge for Washington in recent years has included balancing its national security interests against the disdain held by al-Qaeda toward America’s global reach.

Even though the last decade has taught several lessons, it is evident that communication problems still exist between the United States and Muslim world that neither quick public reactions, nor upgrading US public diplomacy programs can apparently solve. After September 11, 2001, both US foreign policy and American public diplomacy reflected a narrow reading of the Muslim world as a homogenous society acceptable to traditional secular one-way communication. The idea that social media tools and short listening tours might conquer all is slowly coming to a wane.

Months after 9/11, the US Department of State’s key measure to win the hearts and minds of Muslim communities around the world included upgrading academic programs, increasing foreign aid to Middle East allies, and depleting US political and military capital in a quest to topple the Afghan Taliban. More than a decade later, perceptions of America continue to worsen in the Middle East and North Africa (MENA) region and are slowly eroding throughout Sub-Saharan Africa, al-Qaeda’s new hotspot. This suggests both a failure in US foreign policy and outreach to key opinion formers in the MENA region.

Meanwhile, seasoned diplomats and former ambassadors continue to suggest that more formidable approaches beyond projecting communicative symbols are essential. The US-Muslim Engagement Initiative shares several perspectives that more direct measures operating from the bottom up could lead to a sustainable outcome. However, the colossal task of restoring America’s ailing economy at home, efforts to balance increasing US national security concerns throughout the MENA region, and Washington’s military objectives in South Asia have all delayed opportunities to restore trusted relations with 1.6 billion Muslims. Nonetheless, US President Barack Obama exercised the most creative and strategic approach shortly after taking office.

On June 4, 2009, Obama embarked on the groundbreaking mission to improve America’s standing with the Muslim world, delivering the watershed address,“ A New Beginning,” at Cairo University. The US president’s visit marked the administration’s first major attempt at “extending a hand to the Muslim world,” amid tension surrounding a potentially nuclear Iran. Over a year later, the Arab world would soon become engulfed in a lengthy uprising, toppling several autocratic regimes, most notably Hosni Mubarak’s fall from power in Egypt.

Despite mixed public apprehension and excitement, Obama implemented a bold measure by appointing Farah A. Pandith as US Special Representative to Muslim Communities and Special Envoy Rashad Hussain to the Organization of Islamic Cooperation. Both appointments rendered large suspicion of whether two individuals might successfully employ the task required of a diverse team to engage 1.6 billion Muslims worldwide. In addition, several discontinued academic/cultural exchanges and public diplomacy initiatives targeting Muslim women and youth were reinstated, special envoy visits to Muslim-majority countries were launched, and State Department officials would later extend several Bush-era engagement measures. However, it is vital to recognize that strengthening diplomatic efforts still matters and will require a more practicable approach that connects with the Arab and Muslim street.

In connecting with the street, Washington would be well advised to consider a threefold review: in foreign policy, in state actor attitudes toward the increase in global religion-based issues in foreign affairs, and in a diplomatic renewal that exercises a new type of communicative action at the grassroots level. This brief recommendation takes into account that religion-based societies are socially constructed and value-defined, requiring a more strategic form of engagement as considered through the medium of a “dialogue-based new public diplomacy.”

In order for Washington to begin down a path that ensures trust with the Muslim world, immediate long-term US diplomatic action is required at the grassroots level that engages, through strategic educational and social programs, the aspirations and perspectives of key non-elite opinion-formers. To say the least, this includes building sustainable bottom-up relations with youth leaders across a diverse religious and political spectrum and moderate Islamists willing to rationally engage on common ground.