Teachers and nurses must not be made puppets of campaigns to silence dissent.

Human and civil rights advocates throughout the United States are alarmed at the Federal Bureau of Investigation’s (FBI) game-like “Don’t Be a Puppet” website. The agency described its website as intended to “keep youth from falling prey to online recruiting by terrorists,” but organizations that previewed it found that it promoted religious profiling and threatened to stigmatize Muslim students, who already face high levels of bullying and harassment.

Following criticism, the FBI temporarily delayed the launch of the site, which it had planned to encourage for use in social studies, civics and government classes.

As a tool in class discussions of history and the Constitution, “Don’t Be a Puppet” might have proved useful for helping students recognize government mistreatment of minorities as suspect communities. Perhaps teachers could have used it to highlight parallels between the McCarthyesque “countering violent extremism” (CVE) campaign—under which the website was conceived—and previous programs to prevent the influence of radicals. High school students could have discussed the relationship between CVE programs’ discrediting of foreign policy critics as potential extremists and such historical episodes as the Palmer Raids, Japanese Internment and the FBI’s COINTELPRO disruption of civil rights movements.

But the FBI’s intention was not to provide a cautionary illustration of government efforts to quash dissent. Instead, the website is part of a broad federal campaign, “countering violent extremism” or CVE, to co-opt students, teachers, counselors and health professionals as agents of “soft surveillance”—effectively to act as puppets of federal law enforcement.

Should school teachers act as informants, monitoring our children’s comments for hints of “extremism”?

Representative Bennie Thompson, ranking member of the House Homeland Security Committee, raised objections to the website in a strong letter to Attorney General Loretta Lynch drawing on his experience as a former teacher. Thompson gave voice to the concerns of many when he reflected: “[I]t is hard to see how having [a] teacher participate in a Federal law enforcement program would not chill relationships with students or, for that matter, undermine a supportive learning environment.”

Put another way, learning requires curiosity and the opportunity to debate. It is stifled under the threat of deprogramming or police attention for expressing the wrong views.

“Don’t Be a Puppet” was exposed to public scrutiny—a necessary prerequisite for responsive government—when organizations were invited to preview it. But other planned CVE programs to extend surveillance in the health and social services sectors are less likely to draw widespread criticism at this phase. Their relationship to surveillance, and to counterterrorism efforts, may be obscured by the messaging federal agencies use to encourage collaboration. CVE is a toxic brand, having inflicted harm on Muslim communities—and on democracy—in other countries, including the United Kingdom. Not surprisingly, then, recent federal messaging of the CVE campaign in the US has often shied away from the term CVE, instead describing the initiative as “building community resilience.”

But it is clear that federal law enforcement outreach to the education, health and social services sectors is planned to seek identification of potential “extremists” and encourage “interventions.” The CVE Framework released in February by the US Attorney’s Office for Massachusetts lists “Enhanced Communication among Law Enforcement/Mental Health [and] Social Service Agencies” as a planned CVE action in Greater Boston.

However branded, the recruitment of trusted teachers and mental health service providers as spies and deprogrammers would disrupt our children’s education and obstruct marginalized communities’ ability to use health services with privacy and dignity. Health and education professionals share the laudable goals of protecting patients and students from school shootings, bullying and a range of harms, but their legitimate concerns must not be leveraged toward counterproductive profiling that rests on debunked theories about the origins of violence.

The CVE approach is premised on false assumptions that propensity to commit violence is influenced by one’s ideology—a theory convenient for marginalizing dissent, yet contradicted by sound empirical research.

Law enforcement agencies should address all violence using credible intelligence tactics and evidence-based approaches. They engage in dangerous overreach when they deem First Amendment-protected activity “pre-criminal” rather than what it is: non-criminal and lawful. Government attempts to deputize education, health and social services providers to police ideology represent a serious affront to our First Amendment rights, as well as our human rights to privacy and freedom of conscience.

Genuine community resilience is incompatible with collaboration in programs that undermine our rights. When we resist pressures—financial and otherwise—to internalize suspect community status and instead demand transparency and accountability from our government, we demonstrate true resilience.

Let us not be puppets of programs that feed suspicion and criminalize dissent. 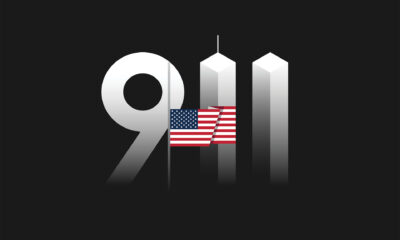 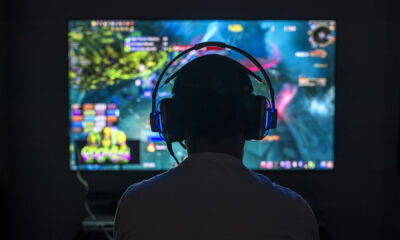