Today, celebrity describes a culture and a set of attitudes and behavior that absorbs as well as surrounds us.

Ten years ago, Paris Hilton was the victim of a sort of hacking. Hundreds of her albums (she was a recording artist, in addition her several other roles) were remixed by the guerrilla artist Banksy, who retitled them Why am I Famous? What Have I Done? and What Am I For? and then left the CDs (this was 2006, remember) in record stores across the United Kingdom.

It was one of those cruel pranks to which the then ubiquitous all-purpose socialite-cum-celebrity had become accustomed. Some people had grown cynical and started asking questions about the likes of Hilton and so-called It Girls, such as the recently deceased Tara Palmer-Tomkinson, whose lives seemed chronicled in almost every detail by an increasingly intrusive and pervasive media. What were they for?

Puzzled cynics wondered why we, the public, were so captivated by the lives of people who made no material impact on our own lives. Worse, they appeared to have none of the traditional skills that drew audiences’ attentions: Hilton made a few records and appeared in bit parts in some movies; she even authored a book. But no one seriously thought she was globally famous for anything but, well, being famous.

Hilton enjoyed (actually, still enjoys) one of those privileged lifestyles that would earlier have qualified her as the subject of the documentary TV series that ran from 1984 to 1995, Lifestyles of the Rich and Famous. But audiences found no use for a TV show when they could follow the pursuits of not only the rich, but the stupendously famous through their proxy — the media.

Famous for Being Famous

Today, there are still cynics, but they have largely been silenced. Paris Hilton has been eclipsed by several other celebrities who boast no credentials apart from their renown or, in some cases, notoriety. And no one would assume the phrase “famous for being famous” is any longer an insult; rather it’s a commonplace observation. It may make many despair. But that doesn’t render it inaccurate. In fact, it burnishes Hilton’s status retrospectively because she was, in a genuine sense, a trailblazer.

Paris was part of a generation of people who were compelling, not for any particular gift or talent (whatever that means) but because they lived the kind of life to which we — consumers, fans, her audience — aspired. She epitomized the Good Life, which we envisioned as a cornucopia of consumer goods and endless novelty.

Our desire for novelty and excitement had been primed by a culture in which commodities were king and, while we could never hope to satisfy that desire, we enjoyed vicariously the manner in which others indulged.

There are no prizes for guessing the figure who is the most perfectly emblem of that Good Life today. Her dazzling display of consumption is not just conspicuous: It’s inescapable. No one on the planet can honestly claim not to have seen her or, I should say, an image of her. She plies her trade in a flamboyantly, extravagantly, ostentatiously resplendent manner. Though no one knows exactly what that trade is.

Kim Kardashian appears. That’s what Paris Hilton used to do: become visible, noticeable without any apparent cause. But while Paris’ very existence was continually questioned — Banksy summed up the queries of millions — Kim’s is regarded as a logical development. She is what we might all the ne plus ultra of celebrity: the most extreme example of a kind of public figure that has come to dominate 21st-century culture.

The Meaning of Fame

Celebrity culture, as we know it, was landscaped less than 20 years ago. Célébrité — the word may date back to 14th-century France, and its near-synonym fame, or fama — has etymology traceable to the Bronze Age (4th and early 3rd millennia BCE).

But today, the meaning of celebrity is unique and specific. It describes a culture, a characteristic set of attitudes and behavior that absorbs as well as surrounds us. Emotion seems to supplant intellect; make-believe intimacies are pushed to the point where they become, after a fashion, actual. People’s imaginations instigate action from fantasized realities. It is a culture in which people, perplexingly, are not the foci of consumers’ attentions.

Many writers, especially historians and psychologists, insist there is little new in celebrity culture. They convey a panorama of 1,600 years, in which artists, politicians, military leaders and a miscellany of others have been immortalized in the popular mind. Clearly, there have been famous figures in history. There has also been a wanton interest in the improprieties of those figures: Gossip is probably 100,000 years old.

I exaggerate, of course, but that’s roughly when humans started talking. Social animals that we are, we talk about each other in a way that unites and entertains us and keeps us guessing about other people without feeling pangs of guilt. It’s also possible to see today’s media as a lineal descendant of earlier forms, dating back to the 18th century.

But think about the distinct features that are specific to early 21st-century society. Surely, modern media is more encompassing, more invasive, more rapid, more compelling and less avoidable than ever. One does not have to be a devotee of Marshall McLuhan to accept that it’s the characteristics of a medium, not the information it disseminates that influence both our thoughts and behavior of its users.

As the media’s scope, scale and character have changed, so have we. Celebrity and the culture it enkindles originate from several independent sources, none with roots deeper than the late 20th century.

The Famous and the Infamous

The condition of being well known is immemorial. Dramatists and philosophers earned reputations for their wisdom, and political and military leaders for notable achievements after the growth of city-states in the Aegean from 900 BCE. Homer, Pythagoras and Plato remain canonical figures. Alexander the Great commemorated victories over the Persian Empire by naming cities in his honor — the Egyptian port of Alexandria was founded in 332 BCE. Alexander has been identified by Braudy as the first figure to foment his own fame.

Certainly, famous people appear throughout history. Indeed, the way we study history is principally through the decisions and deeds of the famous. But celebrities index a particular type of historical context, one in which fame and accomplishments are decoupled; at least accomplishments in the traditional sense.

Prior to the emergence of the Golden Age of Hollywood in the 1930s, fame was reserved principally for those who had made notable contributions to society. Occasionally, characters like Al Capone (1899-1947) or Jack the Ripper (who killed six people in 1888) became infamous for their deeds.

Hollywood actors were publicized as stars and made prominent by an industry that had realized the benefits of treating people as products, or commodities that could be traded on what was then a nascent industry known as entertainment.

The formative entertainment industry kept close control of its capital assets, and it wasn’t until the late 1950s/early 1960s that a headstrong Elizabeth Taylor (1932-2011) slipped the leash and shared details of her private life with the media. Taylor’s uninhibited approach was unique in the 1960s, but would appear almost secretive today. Her legacy wasn’t immediately felt but, years after Taylor’s scandalous affair with Welsh thespian Richard Burton, another female ignited a comparable outrage.

A New Kind of Celebrity 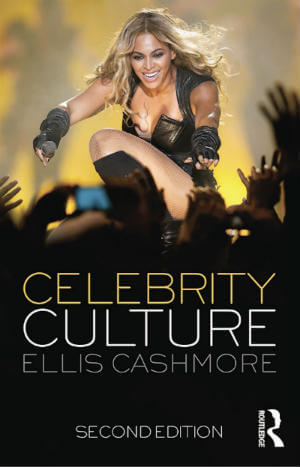 In 1989, around the time her album Like a Prayer was released, Madonna seems to have had one of those “Eureka!” moments. Or maybe it was more like a peek at a crystal ball. She seems to have arrived at the conclusion that a new age was upon us, one in which celebrities would rule the earth. “I have seen the future,” she might have declared, “and it is one in which the fans will demand more and receive more; and those who are prepared to give them what they want — or even more — will prevail.”

Madonna understood the similarity between attraction and repulsion. If she could provoke shock, fury and indignation in audiences (as Taylor had), she could also bewitch them. Actually, spellbind them would be more accurate. She was like The Sorcerer’s Apprentice, of Goethe’s poem (and Disney’s Fantasia): Copying the magician’s (Taylor’s) incantations for charming brooms (the media) into life, she neglected to learn how to end the spell when the brushes became ungovernable.

After Madonna, entertainers or aspiring entertainers, realized her spell was not just magic; in fact it was more like the deal essayed in another, more celebrated Goethe creation. In return for the endless media attention she received, Madonna surrendered anything that passed as a private life. Madonna was the first of a new kind of celebrity: unabashed about sharing the most intimate details of her life, publicly displaying her flaws in a way that emphasized her ordinariness.

By the end of the 20th century, audiences were habituated to learning about aspects of celebrities’ lives that might have made earlier audiences blush. Television programs, especially The Jerry Springer Show, had disclosed a new kind of prurience: consumers were treated as peeping toms — without the guilt.

Voyeurism was turned into an art form with Big Brother, a show whose preposterous premise was that we viewers would somehow find ordinary people interacting in a confined space watchable. It resembled one of those psychological experiments of the 1950s. Even more preposterously, the characters who appeared in Big Brother and the other reality TV shows that followed beguiled us much as actors, singers or supermodels, prompting the suspicion that talent, as we conventionally defined it, wasn’t necessary. As long as they engaged audiences in an agreeable and rewarding way, figures didn’t need to act, sing or actually do anything at all apart from appearing.

*[Celebrity Culture (Routledge) by Ellis Cashmore, is available here. Beyond Black: Celebrity and Race in Obamas America (Bloomsbury) can be viewed here free of charge.]

The Golden Age of Antarctic Exploration

Can Celebrity Admiration Go Too Far?

Rise to Fame: Buddha in the Making

Celebrity Culture: Famous For Being Famous