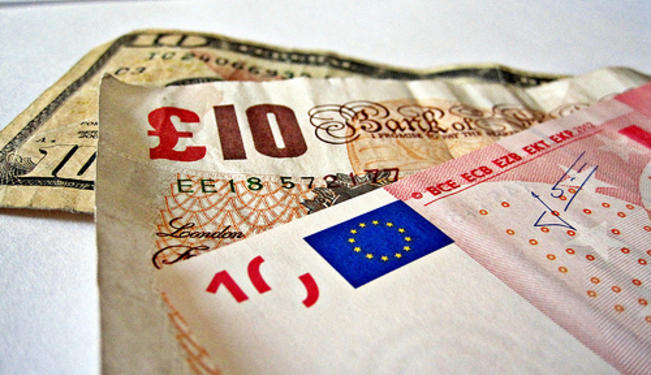 America cannot ignore its political similarities to some European countries and can learn much from their mistakes.

The difference between winning and losing in today's economy is cultural and structural, rather than European or American. Europe is not a state but an integrated region with some states that have weathered the global downturn nicely and others that are effectively bankrupt. Europe's problems are not even defined by the euro-zone. Sweden has maintained its economy better than Britain, even though both are outside the euro-zone. Greece, Italy, Portugal, and Spain (PIGS) have struggled most, but Germany and France remain the strongest economies in Europe (and the best hopes for aid to the PIGS), even though all are in the euro-zone. Europe-wide responses to the crisis have been feckless due to national aversion in the net-contributor countries to bailing out less responsible countries and in the net-recipient countries to act more responsibly.

Similarly, America has multistate interests that make national solutions difficult to negotiate. Worse, America has a rowdy bi-partisan presidential system. Structurally, the strongest economies in Europe tend to be parliamentary democracies, administered by coalition governments, with consensual political cultures. Germany has enjoyed exceptionally consistent growth over more than 60 years to the benefit of most classes of society with less strife between labor and employers. In Sweden, Swedish unions see strikes as a last resort when negotiations break down. Compare France, where unions have the habit of using preventive strikes as leverage. President Sarkozy specifically targeted social security and retirement benefits but is blocked by the unions, who characterize the struggle as bi-ideological. American democracy is structurally most like France’s – a strong presidential executive, with perpetual bipartisan conflict everywhere else – or Britain’s – a strong parliamentary executive with two main parties.

Britain is gaining control over its economy again under a rare coalition government, which includes the Liberal Democrats for the first time. Britain's administration traditionally swung between one of two parties, of which the Labour Party tended to over-spend and the Conservative Party tended to under-invest. The current coalition is struggling still, but mostly due to enormous debts left behind by the last Labour administration (1997-2010), although the Conservative Party is resented by many for its emphasis on austerity over investment. Consequently, Britain continues to experience the deadlock between conservatives, who recognize that the current welfare state is unsustainable, and socialists, who oppose any change in case it overturns the entire welfare state. America's potentially catastrophic indecisiveness about public debt and economic regulation reminds us of France and Britain.

The economies that have proved robust during global recession are well regulated. The European crisis has shown that the fiscal conservatives were correct that some European countries had chosen an unsustainable policy of public spending without increasing their receipts commensurately, but fiscal conservatives are wrong to try to preserve America's traditional weak regulation of the financial sector. Sweden and Turkey are exemplars. A deep recession in the beginning of the 1990s provoked by structural problems forced Sweden to adopt austerity measures, which led to fundamental restructuring. A reduction of tax on marginal revenue was implemented in 1991. In 1994 a major agreement was passed on pension reform. Furthermore, in order to reinforce macro-economic stability public spending was dramatically reduced. Similarly, after a major economic crisis in 2001, Turkey strengthened its regulation of financial institutions, banks in particular, and weathered the 2008 global financial crisis.

However, regulation is not enough. The success of German and Swedish reforms are cultural outcomes too, given consensus and obedience in the Swedish case and obedience and order in the German case. French and American societies see themselves as meritorious; Britain errs fecklessly between egalitarianism and meritocracy. Whichever goal a country chooses, it must apply to both rewards and burdens. The PIGS wanted egalitarian rewards but not the burdens. They spent frivolously but collected taxes lazily. Greece's problems are traceable directly to tax avoidance, in which governments were complicit, for instance by not changing legislation that allowed residents to avoid property taxes indefinitely as long as their properties were "incomplete" (even if they were habitable) and to self-assess their income, with few chances of audit. Italy's problems are traceable to the electorate's tolerance of inept but entertaining leaders such as Silvio Berlusconi. Similarly, Britain and America are struggling most with popular resistance to state-handouts to banks and slackers, while the middle class pays the bill.

All democracies are struggling with crises of confidence in their governance, which speaks to America's problems too: politicians are increasingly adept at manipulating information in order to avoid decisions and recrimination. The result is political deadlock over contested ideologies rather than policies. American politicians need to steer each other away from the political theater of bipartisanship, in which one side opposes investment and the other opposes austerity. A more inclusive approach would include all stakeholders, such as unions and business leaders, rather than another bipartisan committee, super or otherwise. The American economy needs more regulation to avoid the vicious booms and busts of the past and to hold the financial system more accountable. After all, America traditionally stood for equality of opportunity and responsibility.