Donald Trump’s version of hyperreality offers us proof that we no longer need reality. The Daily Devil’s Dictionary explains.

Only extremely resilient and enterprising people can manage to create and maintain hyperreality — the artificial universe that some people want to believe replaces the more painful or simply challenging reality they live in. To any discerning eye, the various types of hyperreality proposed for our consumption are visibly fabricated concoctions, a kind of three-dimensional fake news. They appeal to fantasy and rely on the observer’s imperfect perception and faulty memory.

For purely electoral reasons, Trump has been insisting that the migrant caravan on its way toward the US-Mexico border harbors members of the MS-13 gang and Middle Eastern terrorists. The Huffington Post recounts an exchange between CNN’s Jim Acosta and Trump on this dubious claim. When Acosta asked the US president for proof that anyone from the Middle East had joined the caravan, in a masterful demonstration of how hyperreality works, Trump replied, “There’s no proof of anything, but there very well could be.”

Anything, real or imaginary, that comforts an existing belief, founded on the eminently logical fact that though it may not exist in reality, it does exist in the realm of possibility

In Sir Arthur Conan Doyle’s story, The Sign of the Four, Sherlock Holmes famously said, “[W]hen you have eliminated the impossible, whatever remains, however improbable, must be the truth.” Holmes sought to work toward the solution of a mystery before any proof was available. He accordingly used formal logical to understand the full scope of the field of truth and construct hypotheses, some of which could contradict his own initial expectations. Many surprising and contradictory things are possible, even after he has eliminated the impossible. When access to material proof was lacking, Holmes insisted, no credible solution consistent with the known facts should be excluded from the field of investigation. This also implies that no single hypothesis should be deemed to be true before proof of its truth could be provided.

Superficially, Trump seems to be appealing to the Holmesian principle of not excluding what may seem incredible. But in fact, he does the opposite. He invents a hypothesis that comforts his own agenda and affirms that it is true simply because it is possible. And his base — clearly not versed in either formal logic or Sherlock Holmes’ investigative techniques — swallows his false claim. Why? Because they believe Trump’s deeper message: That we live in a dangerous world and it is prudent to fear even imagined dangers.

Hyperreal leaders appeal to two fundamental emotions for motivating people to accept their hyperreality: pleasure and fear. Walt Disney mastered the art of pleasure-oriented hyperreality. The Disney version always contains a strong note of nostalgia, a harkening back to real or imaginary values — a sense of what’s “good” and “pure” — that belong to an earlier time but now seem to have vanished from the environment in which people live and work. Donald Trump invoked nostalgia (Make America Great Again) to win the 2016 presidential election but prefers the model developed by fascist leaders, who appeal primarily to fear.

As with most things that concern Trump, it would be wrong to assume that he invented the model or was the first since the 1930s to apply the strategy. George W. Bush set the stage after 9/11, but a series of influential voices going back to Joseph McCarthy and including Ronald Reagan wrote the script — a script that Democrats in almost all cases obediently followed. It can be summarized as: Because we are successful, we have powerful enemies whom we must fear and oppose. The result has undone democracy, producing, as Fair Observer contributor Larry Beck describes, a population of voters “who feel threatened by everything they see around them.”

To understand in depth how important a role hyperreality plays in modern culture, we must acknowledge a third type, whose source is closer to pleasure than fear. But it subtly combines both. Let’s call it techno-hyperreality. Its most consummate modern masters are Steve Jobs and Elon Musk. Their brand of hyperreality combines pleasure and fantasy-oriented style. Whereas Disney harnesses nostalgia, they play on the belief that technology can create a self-sufficient world that replaces our uncomfortable reality. For both Musk and Jobs, the emphasis on design and style plays a key role in stimulating the level of belief hyperreality requires. Jobs played on the fear of not adhering to hyperreal style, of being left outside. Musk projects the idea that a world of pure technology can sustain humanity, using the growing fear of planetary catastrophe to build his fantasy of creating a civilization on Mars.

Mohammed bin Salman (MBS), the Saudi crown prince, provides us with a more sinister model of hyperreality. He has been so successful in creating “a culture of fear among his rivals” within his kingdom that, like Musk in his recent embarrassments, he forgot that reality can come back to bite those who start believing in the hyperreality they themselves have created. It may not be a coincidence that Musk’s problems started when he claimed that the Saudi sovereign fund would enable Tesla to go private. MBS has pitched his commitment to hyperreal technology as the key to convincing dupes like columnist Thomas Friedman that he is a forward-looking modernist reformer. 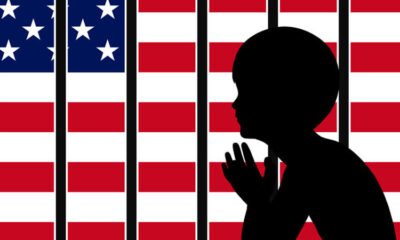 It’s Time to Demand Something Better 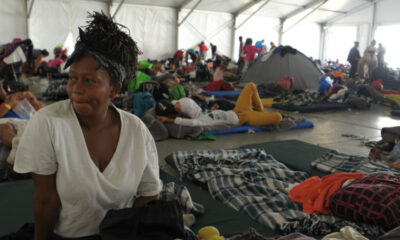