Those who think America’s upcoming midterm election doesn’t matter enough to vote should be limited to those who think they have already won.

In today’s America, we seem to come face-to-face with some politician’s horse’s ass moment on an almost daily basis. But Republican Senator Jeff Flake of Arizona moved into horse’s ass hall of fame territory after initially trying to sound like a man of principle in the thoroughly unprincipled spectacle that eventually resulted in the confirmation of Brett Kavanaugh for a seat on the US Supreme Court.

Flake’s big play began with his public announcement of support for the confirmation of Kavanaugh. Then, apparently his conscience caught up with the rest of him, and in no time flat, he was announcing that there wasn’t sufficient information for him or the US Senate to make an informed determination. If you’re confused by this, imagine how confusing it must have been to the old white male Republican boy’s club that was already lining up the kegs for a big confirmation celebration.

Somewhere on the path to confirmation, Flake seemed to have had a principled moment. His initial support was seemingly up for grabs because he had miraculously found some doubt about Kavanaugh’s suitability for confirmation to a lifetime appointment to the highest court in the land. Flake’s answer was a one-week FBI investigation into the veracity of Kavanaugh’s vociferous denials of sexual misconduct allegations and a general pattern of hard-party drinking and misogyny in high school and college.

Thankfully, Flake couldn’t resist the opportunity to tell an adoring nation what a terrific guy he is. A scant two days after his shining moment of principle, Flake showed us all what a true moral midget he is and always has been. He appeared in a televised interview on 60 Minutes, a popular nationwide news show. After the interviewer noted that Flake was not running for re-election, he was asked whether he could have taken his seemingly principled stand if he were running for re-election. Flake’s response was an unwavering: “No, not a chance.”

So much for profiles in courage. Let’s get this absolutely straight — Flake would have kept his mouth shut and willingly confirmed a nominee for the Supreme Court about whom he apparently had suitability doubts simply to satisfy his personal craving for re-election.

America is adrift in large part because the nation’s “leaders” don’t stand for much of anything but themselves. It seems that whatever moral compass may have previously guided some elements of public life has been turned off. Self-interest is the rule of the day. Want to get re-elected? Want to get confirmed? Want to make some money on public service? Make sure you are ready and willing to sell your soul.

This phenomenon is bipartisan. To illustrate, take a look at the Obamas, who have seemingly taken a big page from the Clinton family finance playbook: “When they go low, we go for the money.” If you are wondering where Barack Obama has been hiding the moral might of his soaring rhetoric, he has been very busy signing a huge book deal, filling his foundation coffers and hanging out with stars. Meanwhile, Michelle Obama has been busy crafting her moral message for sale to anyone who can afford a ticket to her book tour, hawking a book for which she is already being ridiculously compensated.

The point here is that our leaders seem prepared to go high only until their self-interest takes them low. That horse’s ass hall of fame is already full to the brim. Even so, Mitch McConnell, Paul Ryan, Nancy Pelosi, Scott Pruitt, Trump and Mike Pence head an entering class that is likely to be of unparalleled size and diversity. The situation is so bad that Judge Roy Moore, Kanye West and Sarah Huckabee Sanders are unlikely to make the cut.

There is seemingly no collective national exit strategy from this mire and muck, no surge of outrage, no vision to tap the vein of discontent. It seems that those who seek to lead hardly ever end up actually leading their constituents to a better place. Conflicts of interest have become the norm. Political payoffs are a currency without consequence.

I desperately want to be proved wrong, to see a wave of “enough” inundate those who seek power without conscience. I will believe in a new dawning when African-Americans and Latinos vote “enough,” when young people not only shout “enough” but actually vote “enough,” when activist women somehow convince complacent white women that simply being empowered is not “enough.” Even men, including those who feel threatened by everything they see around them, will have to put down their guns and testosterone long enough to find a real strength, the strength to add their voices to the chorus of “enough.”

Those who think this upcoming midterm election doesn’t matter enough to vote should be limited to those who think they have already won: the wealthy, under-regulated and unregulated corporations and financial institutions, the health care and drug industry, the weapons industry, the gun nuts and those feeling more comfortable with their own racism, to name a few.

The rest of us should be running to the polls to end the Republican Party blight on our body politic. I do not want to wake up on November 7 (the day after the election) to hear about low voter turnout, voter suppression, mixed messages, flawed polls and the like. What little is left of America’s mostly delusional greatness cannot make it to 2020 without those who have had enough, actually voting “enough.”

I do want to wake up on November 7 with Trump on the run, McConnell powerless to destroy more of the nation’s moral fiber and Ryan neutered. I want to see a Democratic Party determined to find new leadership. Then, I want to see a serious legislative agenda from a new Democratic speaker of the house outlining measures to address the nation’s health care needs, educational deficits and infrastructure requirements. And, a well-developed plan to find out what has gone so wrong so fast in the last couple of years and what can be done about it.

Finally, when I have a minute, I plan to write a note to retiring Senator Flake thanking him for sharing his personal profile in perfidy. By his shining example, Flake has shown us how far we have to go to make things better.

*[A version of this article was cross-posted on the author’s blog, Hard Left Turn. Updated: October 24, 2018.] 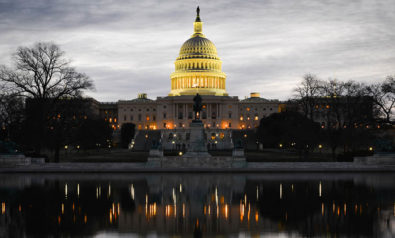 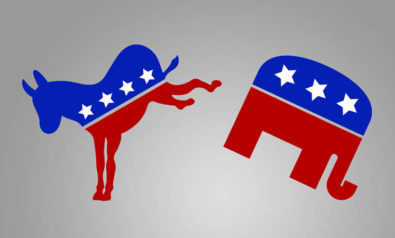