Faced with a tiny embarrassment, Thomas Friedman has had to take the extreme measure of quoting himself in extenso in an effort to wriggle out of his rapturous endorsement of Saudi Arabia’s crown prince, Mohammed bin Salman (MBS), now suspected of being the perpetrator behind the murder of Jamal Khashoggi, a respected Saudi journalist.

If confirmed, this would make MBS the world heavyweight champion of dictators specialized in the assault on freedom of the press, surpassing both Russia and Malta. Definitive proof may still be lacking, but the conviction — entertained by at least one contributor at Fair Observer — that Khashoggi may not have been murdered inside the Saudi consulate in Istanbul has, alas, become less and less tenable.

In his writing, Friedman has demonstrated a taste for what appears to be evenly balanced reasoning, as he carefully detects two (and only two) opposed sides to every issue. After all, who has time for nuance in this flat world of ours? Friedman himself, even when he goes a bit astray, always identifies with the good side, and so in his subtle analysis of the character of Saudi’s leader, he tells us: “These are two halves of the same M.B.S. package, and, as I’ve argued, our job is to help curb his bad impulses and nurture his good ones.”

There are at least four suspect terms in this sentence, but for the moment let’s just deal with one of them.

The other suspect terms in the sentence are “package,” “job” (“our job”) and “nurture.” Only the mind of Thomas Friedman, whose reasoning often falls as flat as his vision of the world, could come up with the ideas these words convey. The first thing he promises to do is unpack Mohammed bin Salman, which is possible as soon as we learn that the crown prince is a “package.” He does this by putting the dictator on the operating table and dividing him into two equal halves.

But we are not mere scientists or observers peering inside the package to analyze the ingredients. Friedman wants us to think of ourselves as responsible, moral actors with “our job” to do, the mission for which Friedman himself was put on this earth to accomplish. Who, we might ask, are the others associated with Friedman, constituting the group he refers with the qualifier “our”? Friedman never attempts to answer this question or hint at who might have assigned us this onerous task of reigning in the bad tendencies of MBS and encouraging the good ones.

But that leads to a moral dilemma. Now that we are envisaging the possibility that MBS may have followed the wrong impulses, does this mean “we” haven’t correctly executed our job? No, we learn, it’s all Donald Trump’s fault, not ours: “But Trump — who still doesn’t even have an ambassador in Saudi Arabia — is AWOL.”

As for “nurture,” Friedman doesn’t make it clear whether it’s the impact of his brilliant prose, binary logic and impeccable ethics that should have been “nurturing” Mohammed bin Salman’s conscience, or whether it’s some form of official US diplomacy inspired by Friedman’s reasoning. As a vocal proponent of the invasion of Iraq in 2003, Friedman is known to have a curious notion of how nurturing works, offering us, at the time, a wonderful oxymoron as he called America’s role in Iraq that of a “well-armed midwife.”

Friedman rapidly waltzes us through the recent history of the Middle East to explain the impeccable reasoning behind his own enthusiastic entry into the MBS fan club. Friedman, like the otherwise ignominious (in his eyes) Trump, was convinced MBS would turn the entire logic of the Middle East around by a policy that would “strengthen moderates everywhere,” which he sees as defining “a vital American interest.”

Trump, Kushner. I don’t usually tweet opinions, but here goes: you need to get the Saudis to find/release Jamal Khashoggi. Without constructive critics like him, Saudi econ reform will fail.

Echoing the reasoning of Charlie Kirk, who was convinced that a naive Taylor Swift had been manipulated by a devious adviser to perversely endorse Democrats, Friedman, ever the MBS admirer, blames not Mohammed bin Salman himself, but his advisers. He reminds us that he had previously demonstrated his faultless foresight when he “explained that M.B.S. had some hard-line advisers who were urging him to follow the ‘China model.’” All his nurturing turned out to be in vain.

Instead of following Friedman’s balanced example, the crown prince chose to follow China’s. But as Friedman could have told him, it wouldn’t work without the clout of China.

Then Friedman offers us his oh-so-empathetic assessment of the catastrophic war in Yemen, in which — though he doesn’t mention it — the US has been complicit under both Barack Obama and Donald Trump. In describing the tragedy, he comically uses the verb “botched,” reminding us of our own recent gloss of a similar euphemism: blunder: “And the Saudi-United Arab Emirates war in Yemen has been so badly botched that the Saudis have been accused of possible war crimes, even though Iran and the Houthi rebels had also contributed mightily to Yemen’s destruction.”

It may have been illegal and inhuman, but the conflict became “botched” not because of the heinous deeds done, but because of a failure of damage control. It got to the point where others had enough evidence to call those deeds “possible war crimes.” And hey, just to keep the reasoning balanced, he admits our guys may have committed war crimes, but what about the enemy? They’re no saints either! After all, isn’t it just another form of competition in this increasingly flat (or flattened) world of ours.

Friedman is now “praying for Jamal,” apparently not so much because Khashoggi was a friend (as he claims) than in the hope that his own praise of MBS will ultimately be justified and the crown prince’s “big plans for his society,” which Friedman still admires, may be fulfilled.

General Flynn: Under God or Under the Influence? 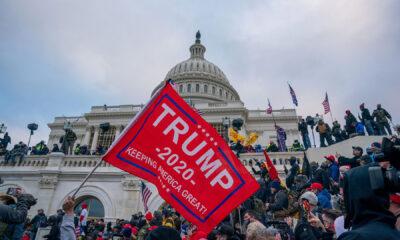 The Wrong Attorney General at the Wrong Time