As Democratic primary voters gear up to choose among a diverse lineup of candidates in Iowa, New Hampshire and other key battleground states starting in early February, only one thing is certain: Under our electoral system, the early primary states — despite having smaller populations and demographics that don’t represent the country’s diversity — have disproportionate influence over a party’s nominee.

That means Democrats cannot simply pay attention to national polls about which candidate might defeat President Donald Trump in the general election. These polls tend to show center-left former Vice President Joe Biden as having the best chance of beating Trump, while primary polls tend to indicate rising star and South Bend mayor, Pete Buttigieg, or progressives like Vermont Senator Bernie Sanders or Massachusetts Senator Elizabeth Warren as the frontrunners in Iowa and New Hampshire.

For most Democratic voters, the hypothetical matchups and endless polling can be a real head-spinner. Given that polls can fluctuate drastically day-to-day and, as the 2016 election proved, are not necessarily accurate, Democrats should look to a moderate, center-left candidate in the primaries, such as Biden or Buttigieg, for the best chance of dislodging Trump from the White House in November 2020.

Looking for a Common Ground

Clinton capitalized on the worsening recession to unseat George H.W. Bush. Barack Obama similarly focused on the economy in 2008 while casting the Iraq War as misguided and the most disastrous foreign policy decision in a generation. These were centrist positions resonating with most Americans. In 2016, with a strong economy, no major overseas wars to criticize and aiming to extend Democrats’ hold on the White House for a third subsequent term, Hillary Clinton did not have the unifying issues Obama or her husband had.

What does this mean? Democrats have traditionally won with moderate candidates, but since 2016, not enough has changed for the worse on the economy or foreign policy fronts that previously propelled a Democrat to victory. With unemployment at 50-year record low, and Trump seemingly against an assertive or interventionist foreign policy, what type of candidate, broadly speaking, do voters favor?

These polls should be taken with a grain of salt given their mercurial nature. But broadly speaking, the numbers seem to boil down to one simple thing: the “electability” factor, or how likely a candidate is to win.

The problem with very liberal candidates is that while their ideas may appeal to large swaths of the Democratic base, especially in states like California, the aforementioned survey indicates that generally these ideas — like eliminating private health insurance, for example — are not as appealing to voters in swing states. We know this has historically been the case, but how do we know swing districts still prefer moderate candidates today?

Look no further than the 2018 midterms, when the Democrats flipped the House of Representatives. While media attention tended to focus on the most bold or progressive candidates, such as members of “The Squad,” most of the Democrats who flipped seats from red to blue were, in fact, moderates. They convinced Republicans, independents and suburban women disappointed with Trumpism that they were not radical left-wingers or socialists.

More recently, in Louisiana, Kentucky, Virginia and Pennsylvania — many of which are states Trump won in 2016 — Democrats prevailed in off-year gubernatorial and state legislature elections for two big reasons.

Second, conservative and independent voters were willing to consider the candidate themselves — moderate or conservative Democrats — rather than just the party label, evidenced by Republicans winning five out of six state offices in Kentucky but losing the Trump-backed GOP gubernatorial contests in deep-red Kentucky and Louisiana.

Democrats have to assemble a diverse coalition for 2020. One, mobilize the party’s base to turn up in huge numbers. Two, assure those who flipped voting preferences from red to blue in the House in 2018 and state offices in 2019 that they should do the same when voting for the president and shouldn’t have to fear a far-left liberal agenda coming out of Washington — losing their private health insurance, free college for all, tax hikes or handouts for illegal immigrants.

Only a moderate can accomplish both goals. The main argument in favor of a progressive nominee is that he or she will unequivocally mobilize the Democratic base, including 7 million newly-eligible teen voters, sufficiently enough that it would outweigh losing the swing voters who fueled recent blue victories — something a moderate might not be able to do.

However, the benefits of a progressive nominee are outweighed by two voting patterns. First, most of these young, first-time liberal voters are not concentrated in swing states like Iowa, New Hampshire, Florida or Michigan; they live on the coasts. In terms of defeating Trump, that means it doesn’t matter if a progressive nominee galvanizes a few million new votes in California and New York — states that vote blue anyway — if that nominee also repels 80,000 swing voters in the industrial Midwest, the total vote margin by which Hillary Clinton lost key swing states to Trump in 2016.

Second, the sheer disenchantment with Trump among Democrats of all shades of blue was enough to spur a record-high turnout even with centrist and conservative Democratic candidates in the 2018 and 2019 elections. The same will likely be true 11 months from now, especially as damaging revelations surrounding the Ukraine scandal unfold during impeachment hearings.

The bottom line is that from the perspective of independents, suburban women and Republicans dissatisfied with Trump, there is much less to fear from a moderate than a progressive. It is true that in the long run, the US may very well transition to a single-payer health-care system and make the cost of college far more affordable. That would suggest many of the current crop of candidates may simply be ahead of their time. If that’s the case, they must realize they are not looking to be the president of the Democratic Party, or of California: They are looking to be the president of the United States. 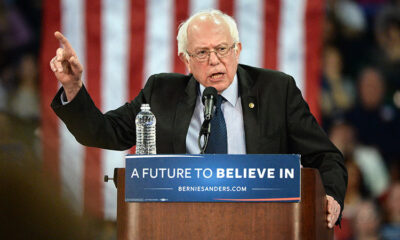 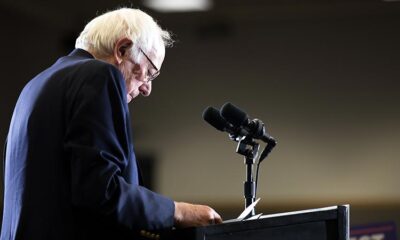