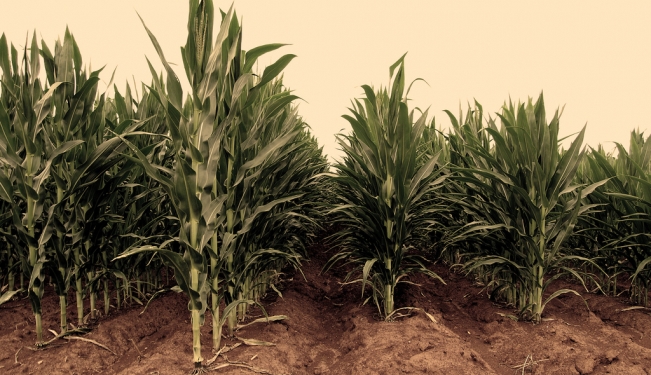 Aaron Victorson and Al-Sharif Nassef comment on food inflation in North America and examine how it is related to the rest of the economy.

As America observes food commodity inflation sparking unrest across the globe, it must be hard not to pause, fork hovering above her proverbial gargantuan plate, and think she may be next to feel the repercussions of skyrocketing food demand.   Similar pressures certainly catalyzed the Egyptian and Libyan rebellions, and increasing food cost in the United States could only compound financial strain that many middle class Americans already feel.

In 2008, the IMF released a document outlining risks posed to middle income countries by rising global food commodities inflation; countries were singled out as high risk due to the high percentage of disposable income their average citizen spends on food. Not included were “advanced economies” like the US, as American consumers were assumed to have enough disposable income to absorb inflated food costs. The Department of Agriculture confirms this assumption, reporting that food consumption comprises 9.6% of disposable income in 2008. One should note however, that high and low income earners are lumped together in this figure. Those in higher tax brackets are less likely to shell out 10% of their disposable income in food while lower earners could easily spend more than 10%. This makes them vulnerable to the higher cost of eating. Americans in this lower income bracket also suffer some of the highest foreclosure rates caused by the housing collapse according to Harvard University’s State of the Nation’s Housing 2011 study. These Americans may find themselves the first to be truly burdened by rising food prices as their current economic status leaves little room for extra expenditure. Food inflation means that budgets will be tighter for middle class Americans as well.  Unless strong job growth continues in the future, rising costs and a depreciating dollar will exacerbate food inflation to a level that could prove problematic for the middle class. This is neither a necessary outcome nor a forecast of the future, simply a plausible scenario in which food inflation could be as problematic for Americans as it has been for citizens of “middle income countries”.

What forces are driving the price of food up? Increasing wealth in developing countries certainly drives demand growth. As the Chinese middle class gains more spending power their diets have shifted to include more pork and beef. The amount of grain that it takes to produce a single cow for example, could otherwise feed a significantly larger number of people than the meat the cow provides. Recently, food commodity supply has been limited by a series of natural disasters in Southeast Asia, and more importantly, by bio-fuel production in the west.

Faced with the strategic dilemma of rising energy prices, US policymakers have sought to utilize corn, a widely produced agricultural commodity in the United States, to create ethanol fuel. To encourage ethanol production, Washington gives companies that produce gasoline combined with corn ethanol a 45-cent tax subsidy per gallon produced. This incentive spurred demand for corn in the energy sector. Not only does the increased demand cause a rise in the market price of corn, but it also has a direct inflationary impact on livestock costs: higher prices for corn make it more expensive to feed cattle, and so meat prices rise. When asked about corn ethanol subsidies, George Washington University economics professor Tara Sinclair said, “From an economic standpoint, it’s a bad policy.” She dispels the notion that ethanol is an eco-friendly alternative to gasoline, and notes that ethanol subsidies “really do seem to be skewing agricultural markets.” When grain that would be used to feed people and livestock is used to produce ethanol it represents a capital resource shift from food to energy production, which undercuts food supply and adds to inflationary pressures on food commodities. Echoing voices within the American political discourse that oppose Government ethanol subsidies, the World Bank published a study in 2008 citing bio-fuel production as a major contributor to global price inflation. American agricultural subsidies keep huge grain surpluses in the United States. These stores of grain artificially raise international grain prices, frustrate international consumers trying to find more affordable food and exacerbate inflation in food commodity values.

Do the current trends in food inflation indicate possible American unrest a la Egypt and Syria? Not anytime soon. American policy-makers might mitigate escalating food inflation with revised ethanol policies. They should protect the middle and lower classes by emphasizing job growth policies, and protect their disposable income by continuing to address the housing crisis fallout. If the government fails to ease the economic burden on the lower classes, future food inflation could prove a more serious problem than it does today. 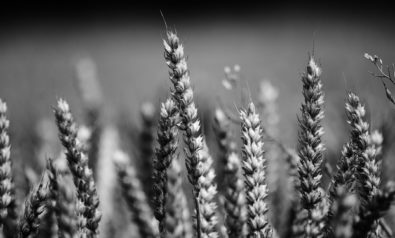