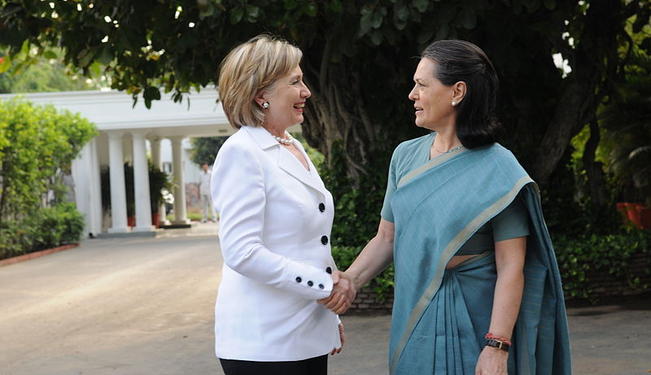 India and the United States now seem like natural allies, but cannot take their relationship for granted.

Ever since its independence, India has possessed the potential for great power just in terms of its demographic and territorial size. Recently, however, several factors came together that have resulted in the increasing realization of this potential: India’s acquisition of nuclear weapons and the improvement in its overall military capabilities, its increasing integration into the world market and impressive economic growth, the special contribution of Indians — both in India and abroad — to the development of the software and other high technology industries globally, and the growing international appreciation of Indian popular culture.

Several factors have contributed to the improvement of Indian-American relations. One is the growth of trade and investment ties between them. Another is the important role played by the highly educated Indian diaspora community in America’s high tech corporations as well as other facets of American life. But the most important factor contributing to the improvement in Indian-American relations lies in the geopolitical realm.

During the Cold War in particular, Washington and New Delhi felt threatened by each other’s alliance partners. America’s main security concern during the Cold War was the Soviet Union, and so Washington sought as many allies as possible against it. Pakistan became an American ally in the 1950’s. The Sino-Soviet rift that developed in the 1950’s and became worse in the 1960’s resulted in the emergence of Sino-American cooperation in the early 1970’s. By contrast, Pakistan has been a principal security concern for India ever since both became independent, and China has been one ever since the 1962 Sino-Indian border war. Thus, it was not surprising that India would regard the Soviet Union as an ally against its two neighbors that the US was cooperating with.

The end of the Cold War and the collapse of the Soviet Union, though, meant that Moscow was no longer much of a threat to Washington — or much of an ally to New Delhi. Slowly but surely since then, Washington has come to share New Delhi’s concern about China being a potential threat. Especially after 9/11, Washington and New Delhi saw radical Islamists as a threat to both countries. India, of course, was not happy about America’s close collaboration with Pakistan to support the US-led intervention in Afghanistan. But with Pakistan playing a double game of facilitating the US-led intervention while at the same time supporting the Taliban and other radical Islamists that America and its allies have been fighting, Washington has come to share New Delhi’s concern about Pakistan too.

With Pakistan likely to try to press its advantage in Afghanistan after American forces depart, and assertive Chinese behavior likely to remain a concern, Indian-American cooperation may well increase even further in the next several years. For the truth of the matter is that America and India need each other. For India, there is no other power besides the US that is able to provide it with meaningful support vis-à-vis Pakistan and China. And for the US, India is one of the few countries that can do much to contain China as well as Pakistan. America, in short, needs India to act as a great power in order for these tasks to be accomplished.

But just as with people, relations between mentors and protégés in the great power realm can become difficult as the protégé becomes stronger and more confident. Even with the increasing convergence of their geopolitical interests with regard to Pakistan and China, there are still important differences between Washington and New Delhi — especially regarding Iran. The US — along with many other countries — sees Iran as a threat. India, by contrast, sees it as an important energy supplier as well as an access route to Afghanistan and Central Asia that bypasses Pakistan. And great powers are not noted for changing their foreign policies simply out of deference to each other.

The continuation of Indian-American cooperation is not something that is guaranteed. Indeed, the more that India perceives itself to be a great power, the less it may see cooperation with America as necessary. But given the seriousness of the common threats that America and India face, Washington and New Delhi appear far more likely to deal with them successfully in cooperation with each other, instead of apart from or even in opposition to each other. And for successful Indian-American cooperation on what both Washington and New Delhi regard as common threats, these two great powers are going to have to accommodate each other’s interests when their views about what constitutes a threat differ. Growing Indian-American economic, cultural, and human ties can play a vital role in helping these two governments do this.