The body politic of the United States has been diagnosed with bipolar disorder, aggravated by white paranoia. The Daily Devil’s Dictionary explains.

The metaphorical wedge that Bloomberg recently highlighted (and this author quoted) became a tool in the hands of Donald Trump for further fragmenting American society when he complained, “It is a very scary time for young men in America when you could be guilty of something you may not be guilty of.” The wedge in question refers to the effect of polarization along gender lines aggravated by Brett Kavanaugh’s nomination to the Supreme Court.

A white male, between the ages of 15 and 25 in the United States; more specifically, those who come from a privileged social background and have been groomed to be assertive

Donald Trump Jr. echoed his father’s words: “I’ve got boys and I’ve got girls, and when I see what’s going on right now, it’s scary.” He insisted that, in the light of recent events, he was more worried about his boys than the girls. Which events? Most people would cite two types of events: Women (many) coming forward about being sexually assaulted, and men (such as Kavanaugh) reacting out of fear that their social position and professional ambitions may be undermined by some of those women.

Kavanaugh owes his confirmation to the decision of a woman, Senator Susan Collins, who believes that having a justice with a demonstrably flawed temperament and likely to show “potential bias” (according to retired Justice John Paul Stevens) represents a victory for national unity. Citing the founding fathers, Collins offered this rationalization of her decision: “Their vision of ‘a more perfect Union’ does not exist today, and if anything, we appear to be moving farther away from it.” So rather than query the wedge, she boldly decided to add force to the hammer driving it through the core of American society.

Abraham Lincoln famously cited the New Testament to remind a nation on the verge of a civil war that “a house divided cannot stand.” The media stands back and fatalistically watches the growing split without the slightest hint of concern. Yahoo, for example, concludes, with a false air of philosophical reflection: “Such is the state of discourse on social media, and such is the state of our politics.”

The political establishment is notorious for ignoring the lessons of history. When they do show traces of awareness of historical events, the comic effect is worthy of the indignant complaints regularly parodied by Monty Python. To make his point about the unjust victimization of white men, Senator Lindsey Graham offered this incredible quote: “This is as close to McCarthyism as I hope we get in my lifetime.” Is Graham unaware that McCarthyism targeted a vast category of ordinary citizens for their thoughts and political convictions and succeeded in blacklisting and ruining the careers and livelihoods of many individuals? Kavanaugh is a single individual whose career and livelihood were never threatened, and wouldn’t have been, even if his confirmation had been rejected. Senate majority leader Mitch McConnell called Kavanaugh “a stunningly successful individual.”

Collins now says she was worried that not voting for Kavanaugh’s confirmation might “ruin the life of this distinguished judge.” But what about Christine Blasey Ford’s life, whose sincerity in recounting how her own life had been ruined was obvious to almost all observers? Clearly, white male lives matter more, to the point of their deserving not just impunity, but the honor of serving on the Supreme Court to judge others and define the reach of the law itself.

Senator Collins, quoted by The Guardian, correctly noticed that the Supreme Court “confirmation process has ‘been in steady decline for more than 30 years,’ but hopes the Kavanaugh nomination is ‘rock bottom.’” She is far too modest. Decline is everywhere. The entire political process of the United States has been in decline, and for far more than 30 years, whereas the much more spectacular decline of the American empire over the past 20 years been accelerating to the point of now being irreversible, if we are to believe historian Alfred McCoy.

Economist and political commentator Umair Haque identifies the split in American society as a struggle between conservative tribalism, which has become dominant in the exercise of power, and democracy, which remains an ideal but has been crushed by capitalist oligarchy. “What is fairness to a conservative?” he asks. “It is being entitled to the superiority that comes with belonging to the dominant tribe. What is fairness to a person who rejects such tribalism? It is a society in which tribalism is not dominant.”

Jon Ward, senior political correspondent at Yahoo, writes: “[T]he Supreme Court may now be truly broken in that it is viewed as a political institution rather than a body where outcomes are decided by an agreed-upon set of rules.” And he quotes Amy Walter, national editor of the Cook Political Report: “There’s no time for nuance; there is only time for war. So, war it will be for the foreseeable future.”

Ward and Walter both refer to the skirmish between Democrats and Republicans inside the Beltway, but given the force of the wedge, it may more accurately apply more broadly to Haque’s analysis. The new civil war will be between the tribalists, defending white patriarchal privilege (and this includes most establishment Democrats) against an increasingly alienated people thirsting for democracy but not understanding how it might work. 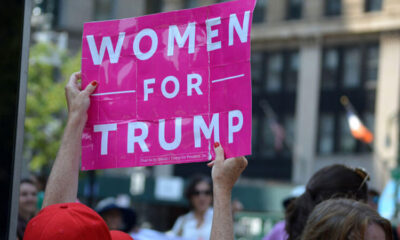 Why Do Some Americans Vote for Sexual Predators? 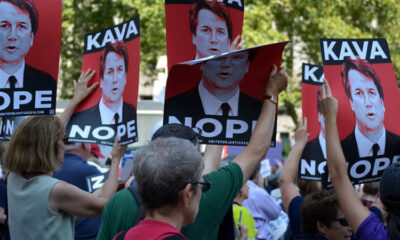 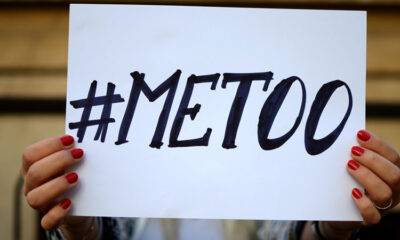