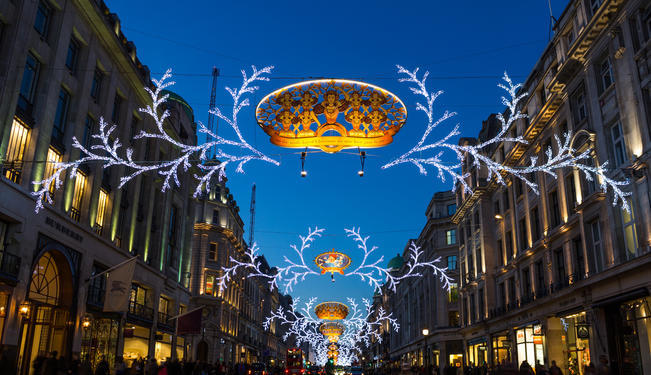 The key event of November was the nuclear deal between Iran and the P5+1. The US, the UK, France, Russia, China and Germany got together with Iran to agree to give Tehran temporary relief from sanctions for accepting restrictions on its nuclear program.

The deal has plenty of enemies starting from other states such as Israel, Saudi Arabia and Canada, as well as political forces such as Iranian conservatives and US senators. There is no guarantee that the deal will stick but it is a major step forward and a cause for hope.

The ink was barely dry on this deal when China and the US started scrambling jets in the East China Sea over a disputed air defense zone. China, Japan and South Korea dispute control over some tiny islands, which are currently under Japanese administrative authority. There is a deep history of conflict involving these three countries, two of which are close US allies. All four parties are now flying jets over the disputed territory in a dangerous game that needs to end. The dispute in Asia is reminiscent of the European disputes over territory before World War I.

In the US, filibuster rules were ironically changed during the week when the country was celebrating the 150th anniversary of Abraham Lincoln’s Gettysburg Address. The Republicans were opposing Barack Obama’s nominees for top positions and, in particular, the second highest court of the land. Filibuster was intended to protect the minority and it also meant that 60 votes out of 100 were needed in the Senate to override an objection. Now the filibuster can only be used for Supreme Court nominees. This means that Obama will now be able to make more appointments, but it seems unlikely that any legislation will pass because the House is dominated by Republicans. There might even be another repeat of a showdown over the budget.

Europe continues to wallow in economic stagnation. The eurozone grew by barely 0.1% between July and September. Even German growth stalled at 0.3% and France suffered a credit ratings downgrade by Standard & Poor’s thanks to the catastrophic economic policies of the Hollande government.

The big news in Europe was Ukraine. After reaching the altar, it has fled from the EU into the brawny arms of Russia as protests erupted on the streets of Kiev.

Brazil is making great strides towards better governance. It sent some powerful politicians to prison for corruption, exhumed the remains of a former democratically elected president to find out if he had been murdered, and is inviting private investment to improve its creaking infrastructure in a race to be ready for the 2014 FIFA World Cup.

In Chile, Michele Bachelet was taken to the second round of voting but is expected to win and become president again. Elections in Honduras are under dispute, Argentina has drifted more to the left, and Venezuelan President Nicolas Maduro is unleashing disaster on the economy. Mexico’s drug wars continue to take their toll and a decent mayor was killed. On that note, the murder rate in Latin America has gone up by 11% over the last decade. Clearly, the War on Drugs has failed.

In Southeast Asia, the long-running saga of street protests continues in Thailand. Protesters are defying Prime Minister Yinglick Shinawatra’s government and refusing to work through constitutional means. Elsewhere in the region, a terrible typhoon hit the Philippines, Vietnam saw floods, and a volcano erupted in Indonesia.

South Asia saw turmoil. The US killed Hakimullah Mesud, the leader of the Pakistani Taliban. Dr. Nasiruddin Haqqani of the Haqqani Network was also assassinated and Shi'a-Sunni violence broke out in the country. Meanwhile, Sri Lankan President Mahinda Rajapaksa found himself squirming after the focus on his government’s war crimes against the Tamil minority as he hosted the Commonwealth Summit. The Sheikh Hasina government in Bangladesh is facing violence in the run up to next year’s elections.

India is in election fever too. Allegations are flying around on a daily basis, but no one knows what to believe because the media is perhaps even more corrupt than the politicians.

President Hamid Karzai is refusing the Bilateral Security Arrangement with the US, while Afghan opium production has reached a record high. In Afghanistan, both the War on Terror and the War on Drugs have failed.

Turmoil continues in the Middle East and North Africa. Violence has broken out in Libya and the bloodbath in Iraq continues with over 350 people killed this month. Clashes rage on in Syria and seem to be spreading to Lebanon where the Iranian Embassy was bombed.

Geopolitically, the most interesting developments are taking place in Egypt. It is deepening ties with Saudi Arabia, who is putting $12 billion into the Egyptian economy. The ruling generals are squeezing Gaza because of Hamas’ links with the Muslim Brotherhood, pleasing Israel. The Egyptian generals are flirting with Russia and discussing a $2 billion arms deal to spite the US for stopping military aid. Most importantly, Egypt’s rulers are clashing with Turkish Prime Minister Recep Tayyip Erdogan over his support for deposed President Mohammed Morsi, and have expelled the Turkish Ambassador from Cairo.

On a human note, two of the richest countries in the region, Saudi Arabia and Qatar, were in the news for mistreating foreign workers. The former expelled a large number of them who returned with stories of exploitation, abuse and racism.

The International Criminal Court (ICC) has asked Kenyan President Uhuru Kenyatta to, "as a general rule, be present in court." African states unsuccessfully tried to get the UN Security Council to suspend the trial. Supporters argue that given Africa’s poor governance structures, lack of rule of law and absence of an independent judiciary, the ICC is the last resort for Africans seeking justice. Others believe that the court is neo-colonial and that it targets African leaders exclusively, leaving out the likes of former British Prime Minister Tony Blair who should be tried for his role in the Iraq War.

As this historic month draws to a close, please find below our finest articles and, as always, keep telling us how we can do better.

2: Iran-P5+1 Interim Accord: An Assessment — by Peter Jenkins

The most problematic element of the nuclear deal is the lifting of sanctions.

3: Ashoura… or the Story of the Sunni-Shiite Schism — by Sara El Yafi

What lies at the heart of the Sunni-Shiite divide?

An orthodox American-Persian Jew discovers that the road to peace is paved with rice and opera.