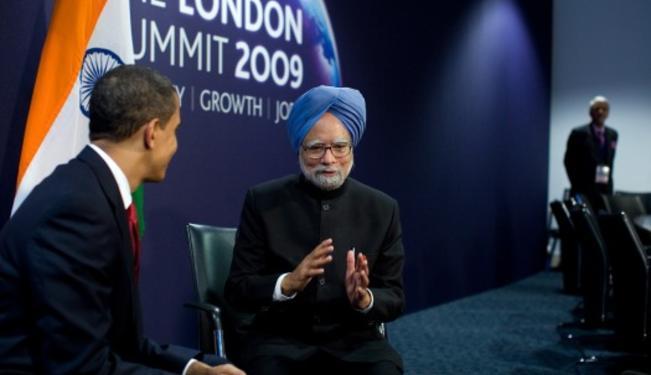 The change in Indian thinking about America has greatly transformed the India-US relationship. Being ‘pro-American’ is no longer a stigma whether in politics or business. The wider public accepts that establishing good relations with America is a desirable objective. Pragmatic thinking supports the government’s inclination to bring India and the US closer, though not at the cost of becoming subservient to the latter.

This is the first in a series of three articles.

In many ways, India’s most difficult relationship has been with the US, the foremost political, economic, and military power. Over decades the US has curbed India strategically by imposing sanctions in the critical areas of nuclear and space technologies, and on high technology in general. India has felt US pressure on the issue of human rights. India’s democracy may have shielded it from the worst, but on the positive side it has brought no particular bonus.

The US has bolstered Pakistan. Its strategic outreach to China from the 1970s added to Indian problems by exposing India to joint pressure from Pakistan and China. The US overlooked some of the worst proliferation activity by the two that today puts constraints on US efforts to restrain Pakistan’s conduct on issues of terrorism.

The US approach to terrorism and religious extremism had been ambivalent until 9/11. Until then, the US had ignored Pakistan’s use of terrorism as an instrument of state policy at India’s cost because India, not the US, was principally the victim. India’s view that terrorism had to be viewed and fought against as a global phenomenon, obtained no support.

Today, the India-US relationship is a transformed one with the change in Indian thinking about America being the most important element. Being ‘pro-American’ is no longer a stigma, whether in politics or business. The wider public accepts that establishing good relations with America is a desirable objective. Pragmatic thinking in India supports the inclination of the government to bring India and the US closer, though not at the cost of becoming subservient to the latter.

The urbanised Indian middle class is very positively oriented towards the US, as is the entrepreneurial class, especially those involved in the knowledge economy. The business community today wields far more influence on policy making because of the liberalisation of the Indian economy and the declining role of the state sector. It is an engine for the growth of Indo-US ties. The media devotes a lot of attention to the US. In any report card of the relationship over the last decade, this change in attitude is not only very important; it is key to a progressively enhanced relationship with the US.

The evolving defence relationship with the US reflects this change in attitude. The US continues to arm Pakistan, and India, though unhappy, is willing to take a broader view of shared interests. Currently, the US has bagged the largest number of arms contracts from India – about $8bn worth in the last five years – despite the stringent and intrusive end-use monitoring requirements. India is likely to order more C-17s and P-8I aircraft. The contract for attack helicopters and light howitzers could well go to the US too. India no longer allows fears of being cut-off from US arms supplies in the event of regional tensions, to stand in the way of enhanced defence ties.

The elimination of US fighters from the competition for the Medium Multi-Role Combat Aircraft(MMRCA) contract, continues to rankle feelings in the US, and is not a defining decision. The US expected a political decision in its favour, whereas India wanted to insulate the decision from politics and base it primarily on technical and financial considerations. Despite India’s exceptionally close historical ties with Russia, the Russians too were eliminated from the MMRCA competition. In the area of military-to-military cooperation, India and the US have organised numerous exercises (over 50 in the last seven years). With no other country have the Indian armed forces engaged in so many joint exercises. This is an important building block of mutual confidence. In the larger security related context, the US decision to liberalise export controls for India and to lift sanctions on certain Indian entities, are important steps towards building a partnership.

Despite these positive trends, India remains cautious about developing operational cooperation with the US because of the political implications in terms of India’s domestic and international politics. India wants to develop broad-based mutually beneficial relations with various global power centres, rather than be seen as leaning towards one power centre. No doubt there are many values such as the spread of democracy, pluralism, respect for human rights and entrepreneurial freedom that draw India and the US together.

The problem lies in the differing methods used to promote these positive values. The West, led by the US, is prone to use military means to promote or even impose these, often selectively, where authoritarian friends are protected and authoritarian adversaries targeted. India does not want to be caught in a situation in which it becomes party to a selective application of principles that are, in themselves, positive. As it happens, it is Russia and China that are the principal hurdles in the UN Security Council in denying the US and her allies a free hand in changing regimes they dislike for geo-political reasons.

These regimes are often unsavoury, but the issue is not that they might be disreputable. The question rather is about the management of international relations in a consensual and equitable manner, with due respect accorded to sovereignty and the principle of non-interference. If governments should not have total immunity for heinous crimes against their own populations because of the sovereignty principle, neither should such crimes be exaggerated and amplified by the West-controlled international media to justify intervention, nor should other reasons be trumped for mobilising support for regime change.

India is therefore unwilling at this juncture to sign certain pending defence agreements with the US that might be construed as opening the door for operational cooperation. The LSA for logistics, CISMOA for inter-operability and BECA for geo-spatial cooperation have been shelved for the time being. India does not perceive any particular advantage in these agreements.

*[This article was originally published by Indian Defence Review.]